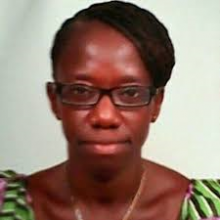 The Liberia Labor Congress held a joint workshop with ILO ACTRAV and the ILO Abuja office on decent work for persons with disabilities in December 2018. Since the end of the civil war in 2003, the nation has made significant progress towards decent work for all, but still has progress to make on eliminating social, economic and cultural injustice for persons with disability.

While the international average number of persons with a disability (PWD) is 10%, in Liberia the number reaches 16%. The causes range from congenital conditions and birth trauma to accidents and sickness. The two civil wars in Liberia between 1999 and 2003 also caused an increase in the numbers of PWD. The Liberian Government is calling for actions to promote the cause and interests of PWD, including access to social protection and decent work.

According to Morgan Ashenfelter (Handicap International), in his 2013 article Changing Liberian Attitudes Toward the Disabled, “People with Disabilities have it tough in Liberia: Educational facilities do not cater to their needs, employment is difficult to find, sidewalks barely exist in the city and most businesses and government buildings do not even have a ramp... In addition, some disabilities, such as post-traumatic stress disorder or missing limbs, are stigmatized, as they are associated negatively with the war”.

There have been cases of families who abandon their disabled child, of rape cases of PWDs who are blind, deaf and dumb where the court of justice considers that there is no way to provide evidence or identify their attackers, said Ambassador Daintowon Domah Paybayee[1]- an Advocate for the Missing Voices "Persons with Disabilities especially Women, Youth and Children" and Coordinator of African Youth with Disabilities Network in Liberia.

On a positive note, Liberia established the National Commission on Disabilities in November 2005, and adopted the National Decent Work Act. At the international level, Liberia has ratified 25 International Labour Conventions (only 14 are in still in force) including six out of the eight ILO Fundamental Labour conventions (the exceptions are C100 and C138). In 2012, Liberia ratified the United Nations Convention on rights of People with disabilities. However, effective implementation of these international labour norms has still to become reality.

African Heads of State adopted a Protocol to the African Charter on Human and People’s Rights on the Rights of Persons with Disabilities in Africa on 31 January 2018. It has four strong provisions on people with disabilities' rights: article 17 is Right to Work, article 14 is Right to Education, article 13 is Accessibility and Article 7 is Right to Life.

The Liberia Labour Congress held a joint workshop with the ILO Bureau for Workers’ Activities (ACTRAV) and the ILO Abuja office to support its members’ contribution to decent work for persons with disabilities on 3-6 December 2018 in Monrovia. The LLC invites its members to engage national social partners on the issue of decent work for persons with disabilities, especially their access to social protection and employment.

The workshop was attended by 35 participants, 20 guests from the Liberia Labour Congress and the groups representing People with Disability in Liberia. The opening session was attended by the Minister of Labour of Liberia, Honorable Moses Kollie.

The members of Liberia Labour Congress recognised that since the 14 years of civil war which ended in 2003, the nation has made significant progress towards decent work for all. But at the same time, they expressed their concerns about the lack of effective protection for people against social risks in their country (lack of assistance to children living with disability, aging, accidents, job loss, inadequate pensions...).

This situation means that persons with disability continue to be subject to social, economic and cultural injustice. The nation also deprives itself of the benefit of the 16% PWDs’ labour contributions. The lack of an effective social protection system keeps the majority of PWD in a vulnerable condition, preventing them from enjoying decent work for all and social inclusion.

The workshop reached the following decisions for action:

As children with disability and their mothers are the most vulnerable, they should be considered a national priority in the implementation of the national social protection system. Liberia Labour Congress calls on the Government and the Liberian Chamber of Commerce to join efforts in the building of a national social protection of children and their mothers, as an integral part of actions for decent work for all.