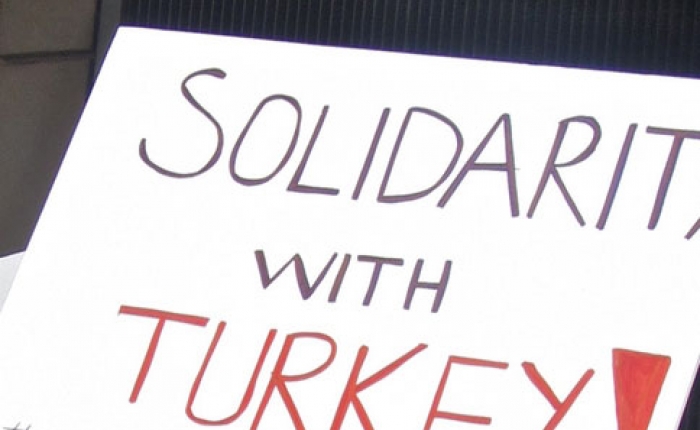 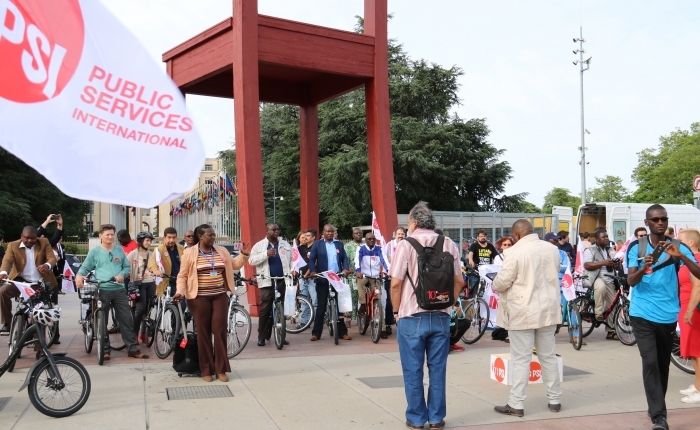 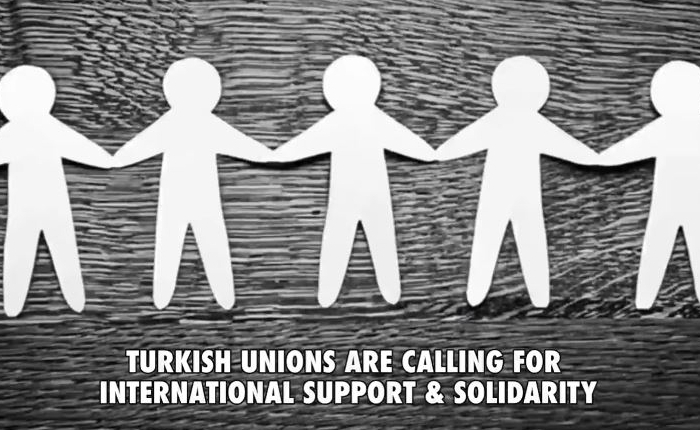 Trade union rights and civil liberties have significantly deteriorated in Turkey since the attempted coup of 15 and 16 July 2016. Under the state of emergency, the Turkish government has arrested and detained thousands of workers and trade unionists. By 8 February 2017, more than 100,000 public employees have been summarily suspended or dismissed, accused in most cases without any basis of proof or evidence of having been involved in the attempted military coup. This situation continues until today. #Turkey

The Confederation of Public Employees' Trade Unions (KESK) has published a press statement on the general elections which were held in Turkey on 24 June 2018. Despite rigged elections, KESK, together with other unions, will continue to struggle for labour, trade union and human rights.

Court in Istanbul will release Director of Amnesty Turkey, İdil Eser, and other activists who were arrested in July. Campaigners will press for the release of Amnesty Turkey's Chair, Taner Kılıç (pictured), whose separate trial begins on 27 October.

Many trade unions have already clearly stated that they will not participate in the ILO European Regional Meeting in Istanbul in 2-5 October this year due to the worsening situation regarding freedom of speech and violation of fundamental labour and human rights in Turkey.

The arrest of Zeynep Çelik by the Turkish government on May Day is totally unacceptable to the Public Services International. Zeynep, is a nurse and former Executive Committee member of PSI Turkish affiliate Dev-Sağlık-İş (DISK).

Solidarity with dismissed unionists in Turkey

Ms. Gülüzar ATES, is a union representative and has been working for the Bureau of Labourers Union (a member of KESK) for the past 14 years. She is one of the thousands of Turkish public employees who were removed from their jobs after the attempted coup of 15 July 2016.

Sanitation worker Mehmet Kaplan, father of three children and member of PSI affiliate DİSK/Genel-İş Union in Cizre Municipality (Şırnak), was shot dead on 17 January in front of his house while another worker was seriously injured and a further three arrested in separate incidents.

In December 2014, the hospital of Maltepe University in Istanbul dismissed nearly 100 workers for being members of the Progressive Union of Health Workers. PSI/EPSU ask all affiliates to join the LabourStart campaign calling for the reinstatement of these workers.

15 public sector trade unionists have been arrested in Turkey

On 13 February 2012, 15 women union leaders and activists belonging to PSI and EPSU affiliates SES (Trade Union of Public Employees in Health and Social Services), Tüm Bel Sen (Union of All Municipality Civil Servants) and BES (Trade Union of Public Administration Employees); as well as to Education International (EI) affiliate Egitim Sen and to the Confederation of Civil Servants Trade Unions, KESK, (affiliated to the ITUC), were arrested and dragged from their homes in early morning raids. The police also invaded the unions’ head offices as part of a so-called police investigation.