PSI carried out a mission in Lebanon on 29-31 May 2018 under the PSI Project on “Trade Unions, Human Rights and Quality Public Services for Refugees and Migrants in the MENA,” covering Lebanon, Tunisia and Algeria for the two-year period (2018-2019). Implemented in partnership with U2U and the PSI Swedish Affiliates (Vårdförbundet, Vision, Fackförbundet ST, Akademikerförbundet SSR and Kommunal) the project aims to develop the capacity of public sector trade unions to address migration and refugee issues from the rights-based perspective.

Project participants visited Syrian families in refugee camps and communities in Lebanon on the border with Syria. A school and medical centre for refugees were also part of the visit. These families live in deplorable conditions, with limited access to public services such as health, education, water and electricity. 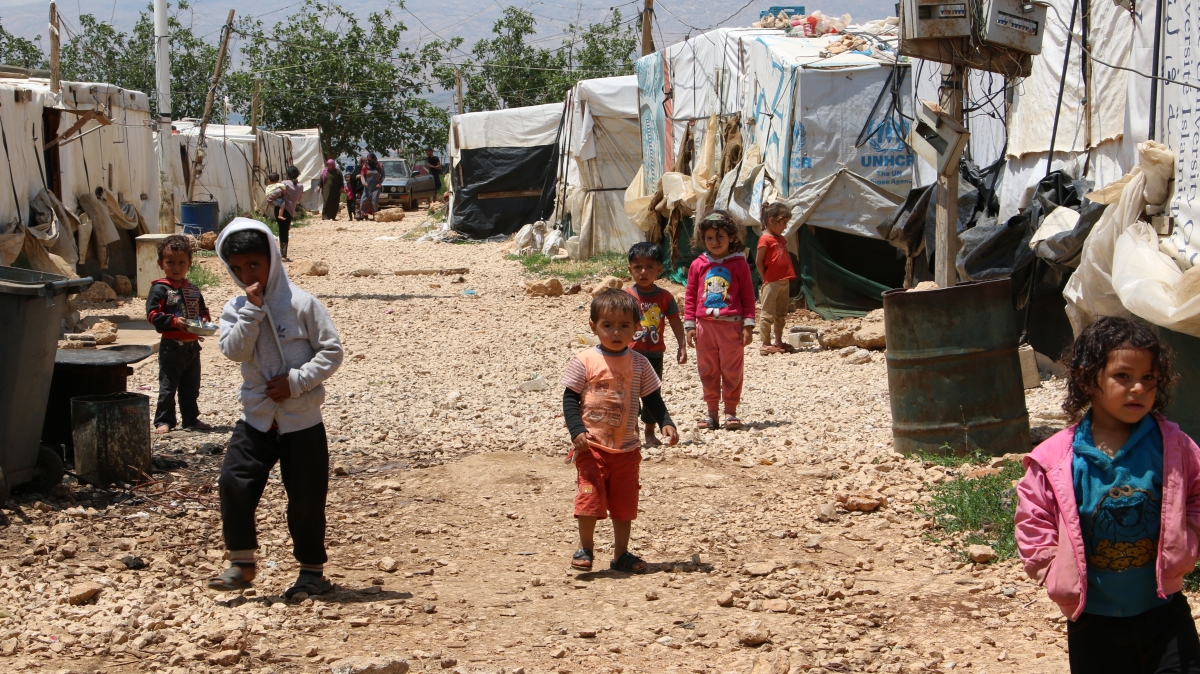 Lebanon is hosting the highest per capita number of refugees in any country in the world. Approximately 2 million Syrian refugees have fled the conflict in Syria and are now living in Lebanon. With a total population of 6 million, of which around 25% are refugees, Lebanon’s capacity to handle the refugee flows is heavily overstretched. Refugees are living in deplorable conditions and both refugees and local population are suffering from under-resourced public services and no access to decent work and social protection. Lebanon has not ratified the 1951 UN Refugee Convention and its 1967 protocol, therefore Syrian refugees in Lebanon are not considered officially as refugees, but as "displaced Syrians.”  Without recognition of their refugee status, Syrian refugees in Lebanon are not able to fully claim their legal rights as refugees.

Participants of the project visited refugee camps in the Bekaa Valley and a refugee shelter outside of Tripoli where the situation is dramatic. The camps and shelters are overcrowded. A majority of refugees in the camps are children. The UNHCR estimates that children comprise 53% of the total number of Syrian refugees. The situation in the camps and shelters is difficult for these children. Safety is often an issue. 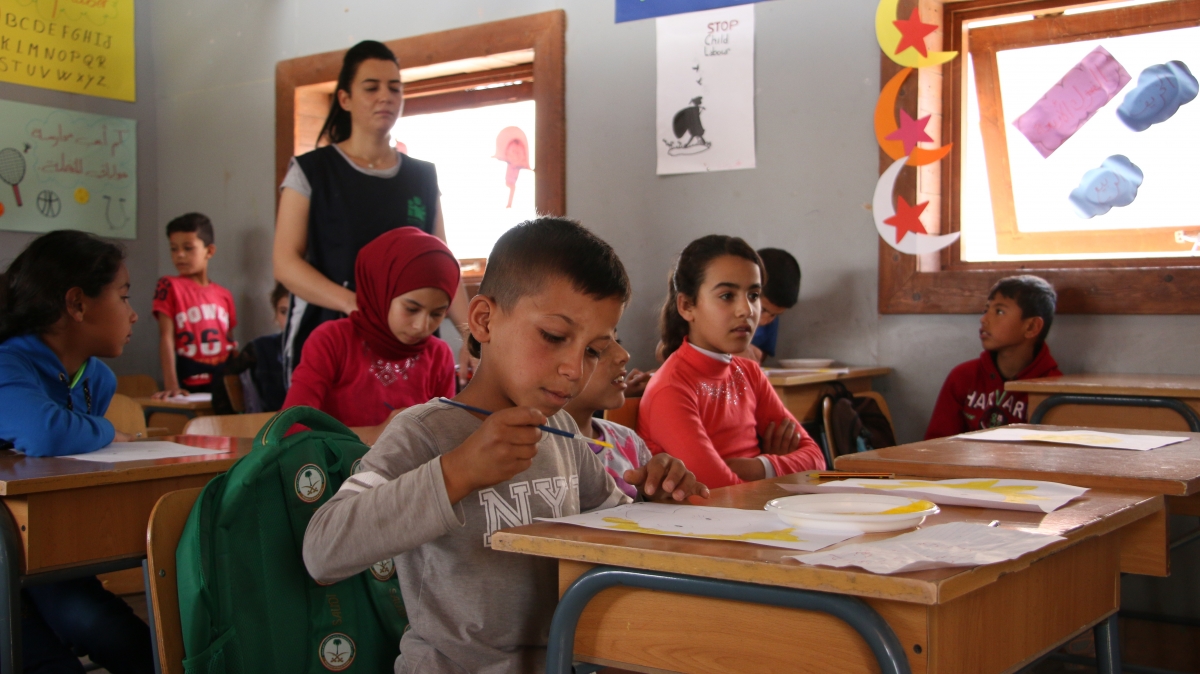 “I really like going to school,” explained Ali, a 12-year-old Syrian boy who went to a school near one of the refugee camps. “The teachers are kind. I am afraid in the camp, I feel much safer coming to school.”

Many refugees and their children are forced to work in the informal labour market to survive. Refugees are forbidden to work in the public sector, and although they are officially allowed to work in the private sector, tough residency regulations, and the payment of a USD200 fee, often make it impossible for refugees to obtain a residency and work permit.

“Before, I used to work in an automobile repair shop,” added Ali. “But I prefer going to school, I know it is important for me to get an education.” 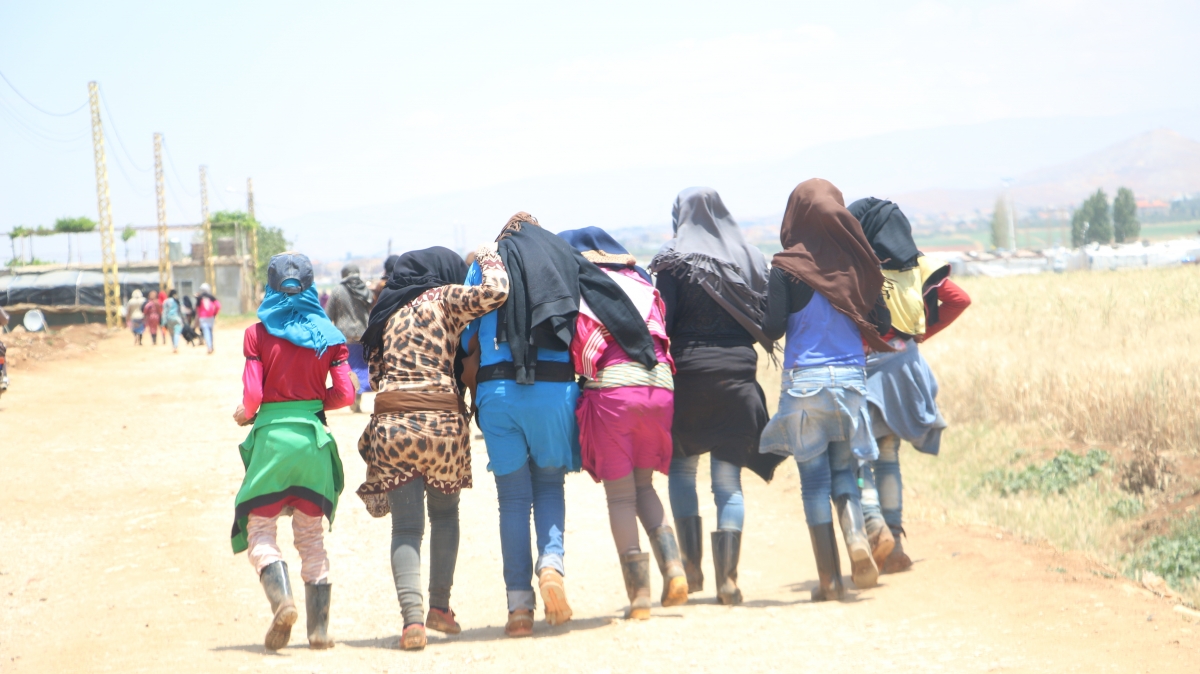 In one of the camps outside of Terbol, in the Bekaa valley, most of the women and children work in the surrounding lettuce fields, they work from 5 am to 1 pm every day, earning USD4/day. Living conditions are very difficult, the winters are cold and the summers hot. There is an average of eight people living in each tent. Many children do not go to school. The municipality is doing what they can. They take care of the sewage, potable water, garbage collection and electricity, but these services are largely under-resourced.

Nemer Abou Msallem, from the municipality in Terbol described some of the problems they encountered: 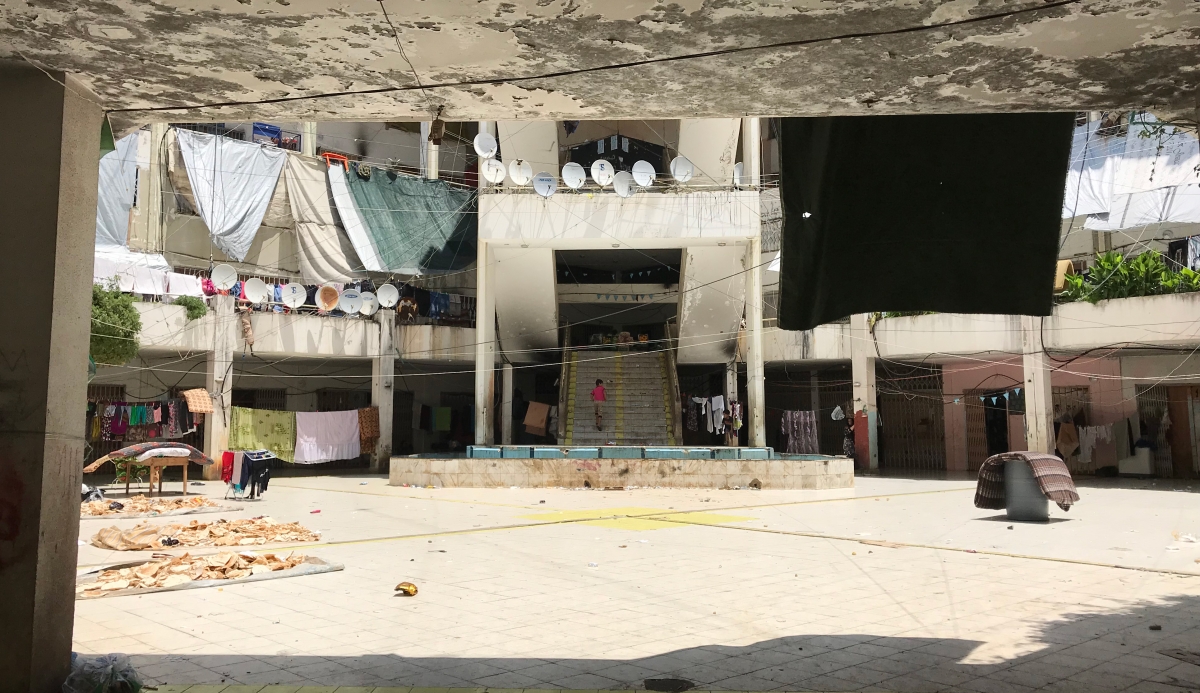 Outside Tripoli, in North Lebanon, the participants visited a refugee shelter in an abandoned commercial building. The families pay USD200/month to rent one room (water and electricity included), with just a toilet, no windows. Around 4-9 family members live in one unit. The building houses 500 families. It is estimated that less than half of the children go to school. Because the shelter is located on a hill, with very difficult access to transportation, the children are being picked up by a bus which takes them to the school in the afternoon. The refugee families have to pay for the schooling. The smell from the toilets, with units having no windows, was completely overwhelming. The families were complaining about this sanitation problem. 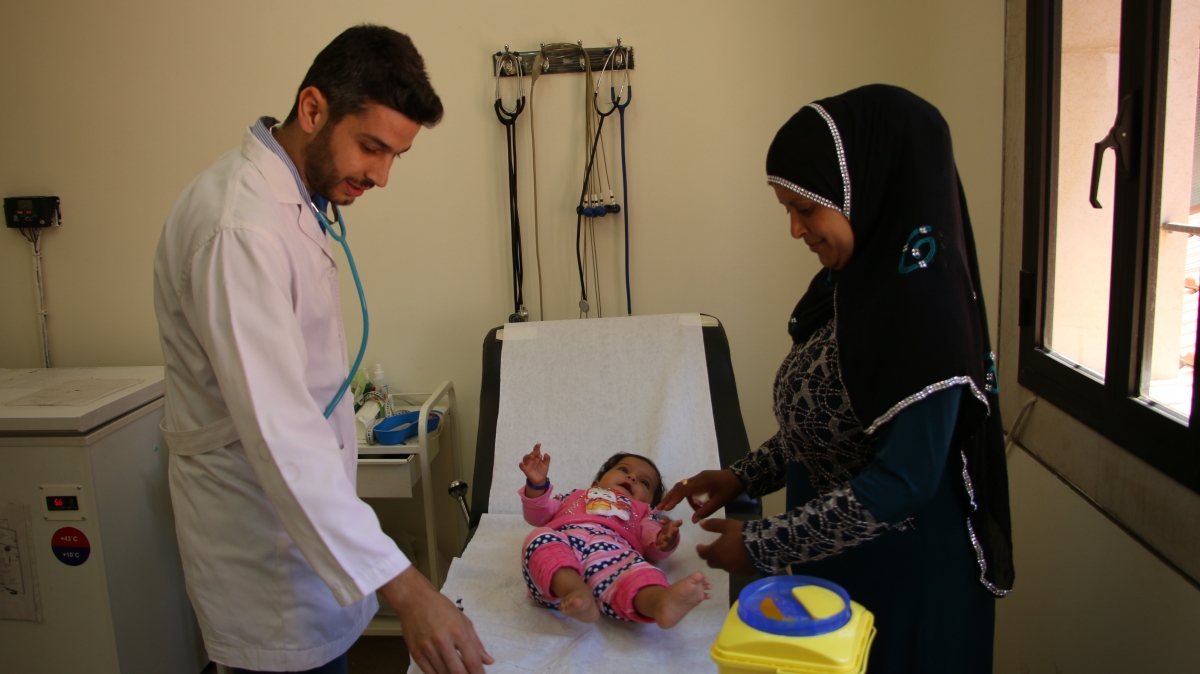 The situation is also very difficult for the poor local Lebanese population and tensions are palpable. Refugees are perceived by the local population as being a burden and competitors for jobs in the labour market. It is important to recognize that Lebanon hosts the highest per capita number of refugees in any country in the world. While the legal and administrative framework needs to be addressed in order to improve the situation of refugees, such as ratification of the 1951 Refugee Convention and its 1967 Protocol, the international community equally shares the responsibility to provide support for Lebanon and to share the responsibility of receiving and hosting the refugees.

Through the project, the PSI aims to build awareness and capacity building within the trade union movement in MENA countries to promote access to quality public services and to fight for decent work and social protection for both refugees and the local population.

#SolidarityWithRefugees - PSI has launched a series of videos on building quality public services for Syrian refugees in Lebanon. These videos are part of the PSI project on “Trade Unions, Human Rights and Quality Public Services for Refugees and Migrants in the MENA region” that PSI is implementing in partnership with Union to Union and the PSI Swedish affiliates (Vårdförbundet, Vision, Fackförbundet ST, Akademikerförbundet SSR and Kommunal).

Quality public HEALTHCARE for all

Quality public EDUCATION for all

Quality public services for all