Our last chance on climate?

Already, tens of thousands of students have followed her call to skip school and join protests to build pressure on our political leaders to take urgent action on Global Warming.

On March 15, 2019, a Global Climate Strike will see hundreds of thousands of young people in cities around the world join the movement.  As trade unions, we need to support this new generation of activists to build the political pressure required to tackle the global climate crisis.

The UN Intergovernmental Panel on Climate Change (IPCC) report, released in October 2018, says we have 12 years to act to avoid the worst climate chaos. There is simply no time left to wait for another generation to take up the mantle. Humanity’s ability to survive on this planet is at stake.  The scale is so large that most people feel powerless to act. Yet these young people have not given up hope. They know it is now or never.

Our capitalist system of ever-increasing production and consumption is at the heart of the problem.  Just one hundred major corporations are responsible for over 71% of all carbon emissions. They hold huge power over our institutions and consistently oppose or undermine meaningful change. 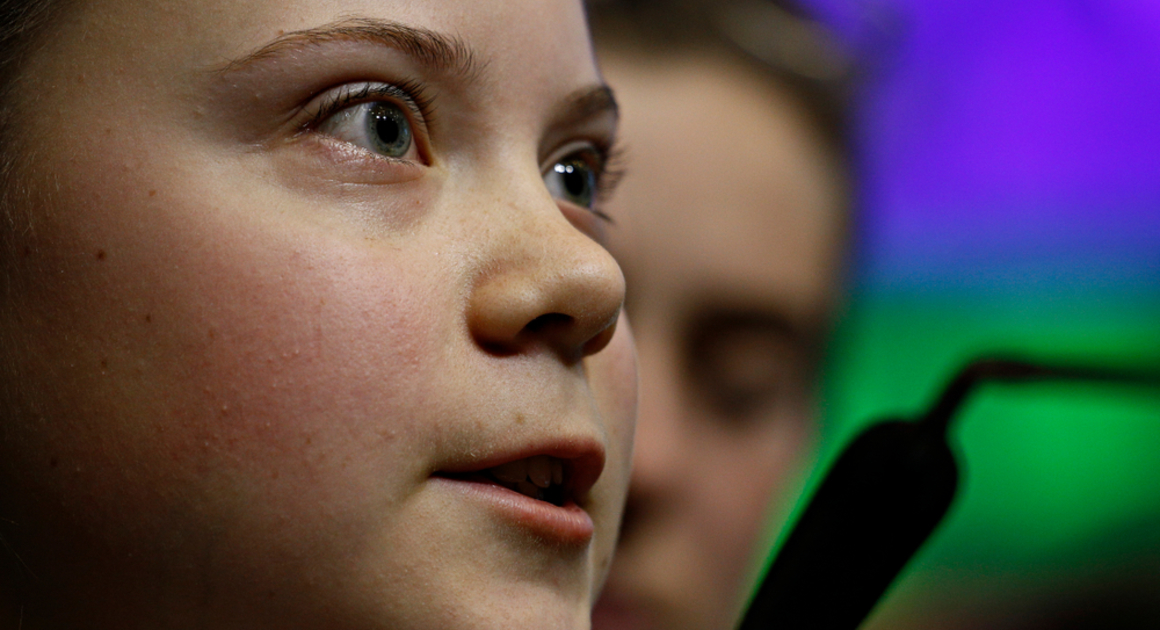 As Greta so rightly pointed out at the World Economic Forum in Davos this year, “Some people, some companies, some decision-makers in particular, have known exactly what priceless values they have been sacrificing to continue making unimaginable amounts of money. And I think many of you here today belong to that group of people.”

The corporate assault on the role and legitimacy of governments, regulations and public services means that many politicians have neither the tools nor the temerity to take on this massive threat. Privatisation has made it worse. The struggle for climate action is simultaneously a struggle to recover democracy and to have our governments make policies for the people, not the powerful.

History shows that we can only achieve a peaceful, democratic shift to a more just and safe economic system using our collective strength, including strikes.  In 1968, workers and unions in many countries supported calls from students to take to the streets to challenge injustice and the unwillingness of the political establishment to act.

Now, once again students are taking action for change. They have asked ‘adults’ to join them. They say they won’t back down until governments take the actions needed.  We can show them and the world that trade unions are on the right side of history, that we will join with popular movements to restore democracy. The fight for climate action is a fight to put people over profit. There is no Planet B, and there is no time left. 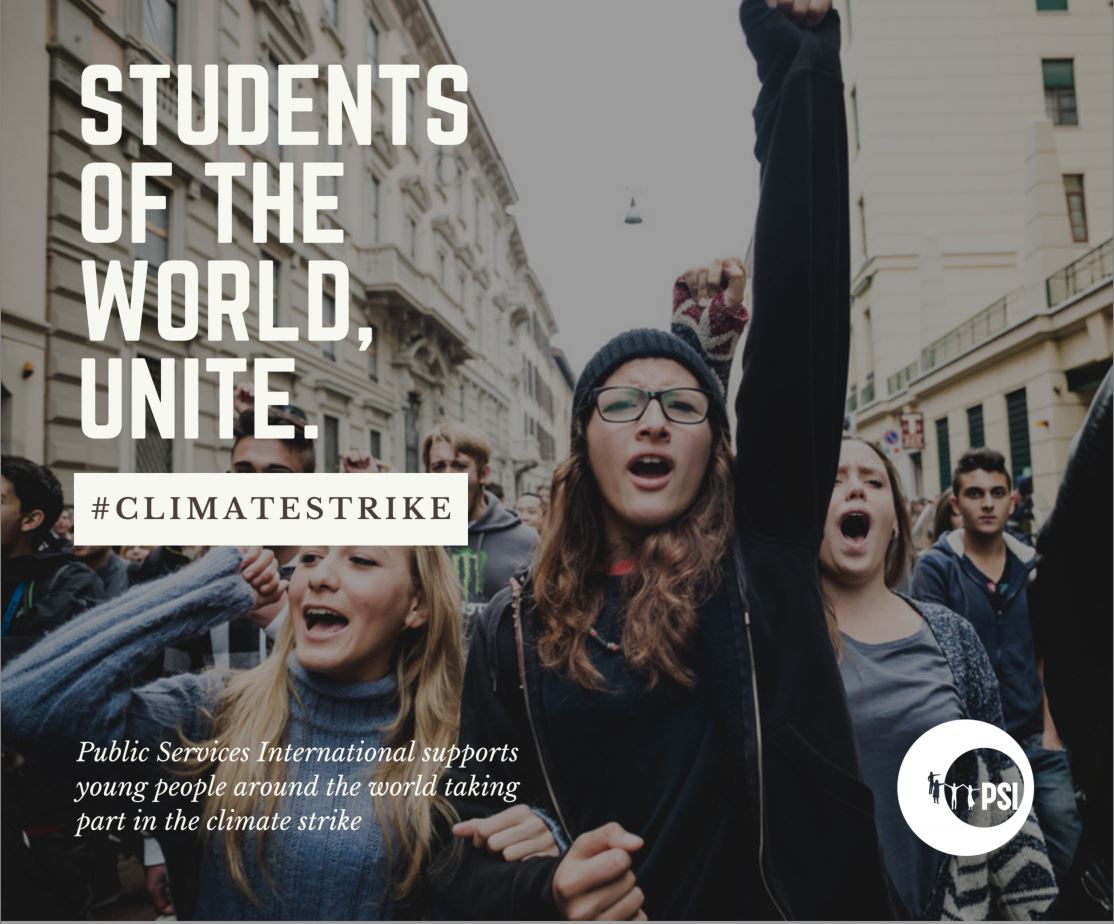 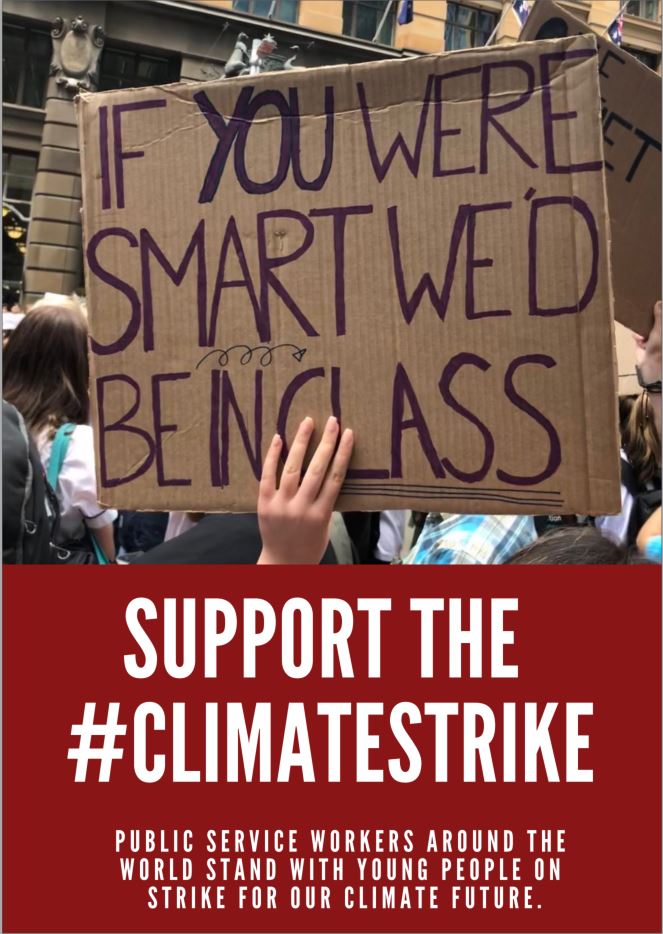 Please send a copy of any union actions and photos/videos to: communications@world-psi.org.