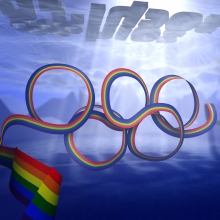 Educational International (EI) and Public Services International (PSI) join LGBT groups and other human rights defenders in condemning increasing intolerance and attacks on the rights of Lesbian, Gay, Bisexual and Transgender (LGBT) people. Governments the world over appear to be abdicating their duty to protect and advance the human rights of all their citizens, including LGBT people.

In June 2013, a law banning ‘propaganda of non-traditional sexual relationships’ aimed at minors was passed in Russia, which is a licence for discrimination and violence against LGBT communities and has reportedly led to a rise in hate crimes in the country.

Europe is witnessing a resurgence of far-right and extremist groups and, correspondingly, incidents of homophobic and racially motivated crimes are increasing. Two examples of this phenomenon are the rise of the Jobbik party in Hungary and Golden Dawn in Greece. Jobbik's homophobic rhetoric has included calling for the firing of a prominent leader on the basis of his presumed sexuality and urging the imprisonment of those who allegedly ‘promote’ homosexuality, whilst the populist Golden Dawn party reportedly advocates ‘beating up gay and dark-skinned people’.

In India, meanwhile, the Supreme Court refused appeals to review a recent ruling that would have overturned the criminalization of homosexuality (section 377 of the Penal Code). In Uganda, President Museveni vetoed the recently passed Anti-Homosexuality Bill, where homosexuality is already criminalized, but the new bill would make the penalties even harsher. A Same Sex Prohibition Act was recently passed by the Nigerian Senate.

Commenting on these trends, Rosa Pavanelli, PSI General Secretary said “Human rights are not negotiable. We call on Governments to have the political courage to tackle discrimination in all its multiple forms, instead of promoting it through legislation. Trade unions are committed to fight against discrimination and for an inclusive, non-violent society.”

Fred van Leeuwen, EI General Secretary points out that: “Teachers and education personnel are keenly aware of the damaging effect that State-sponsored homophobia can have, especially when it targets school-age children. Teachers play a key role in equally promoting the rights of all members of their communities.”

PSI and EI demand that all laws criminalising homosexuality, wherever they exist, be abolished. We call on Governments to repeal discriminatory laws, improve responses to hate-motivated violence as a matter of urgency, and ensure adequate and appropriate legal protection from discrimination on the basis of sexual orientation and gender identity.

EI and PSI unequivocally condemn any form of discrimination or violence against lesbian, gay, bisexual and transgender persons and call on trade unions worldwide to actively oppose homophobia and to organise to defend the rights of LGBT workers.