50 years later, we still have a dream

Inspired by Martin Luther King, an American movement, "The Poor People's Campaign", made up of trade unionists, poor workers, members of religious organizations and liberal activists will be in Washington on June 23 to protest for dignified jobs and decent wages. They did not choose this date at random: it is international Public Service Day.

They gather every Monday. Hundreds of low-wage workers, faith leaders, civil rights organizers, trade union members and liberal activists from all over the US have been taking to the streets every Monday since May 13th, to protest inequality, racism, ecological devastation, militarism and all kinds of discrimination.

They call themselves the “Poor People’s Campaign”, a direct reference to the movement launched by Martin Luther King Jr. a few months before his assassination on 4 April 1968.

The heart of the campaign was a mule-drawn procession from Marks, Mississippi, at that time the poorest town in the poorest State of the United States, eventually arriving in Washington. Today’s “Poor People’s Campaign” will also culminate in a national action at the US Capitol. It will be on 23 June, UN Public Service Day.

This is not a coincidence. Only real access for all to quality public services - education, health care, childcare services, decent retirement, public transport, efficient justice systems and quality infrastructures - will allow the fight for social justice and the reduction of inequalities to progress.

Martin Luther King knew it. The day of his assassination in Memphis, he was supporting 1,300 sanitation workers who were on strike, convinced that a coalition of activists from trade unions, faith and social justice organizations was the best way to lift millions of Americans out of poverty.

Fifty years later, this agenda is more relevant than ever in the United States, as it is in the rest of the world. Public capital – as opposed to private - has shrunk to nearly zero everywhere since 1970 – and less than zero in the US and Britain - due to austerity programs and regressive tax systems, along with political framing that considers public companies as obsolete, and public servants as a class of privileged workers, expensive and inefficient. Not to mention trade unionists, seen as dangerous dinosaurs that should be mocked at best, and even imprisoned.

The consequences are devastating. Income inequality has increased in all world regions in recent decades as the global top 1% earners have captured twice as much of that growth as the 50% poorest individuals, as shown by the World Inequality report 2018.

This battle is a tough one, as public sector workers are constantly under attack, all over the world. The number of countries with arbitrary arrests and detention of workers increased from 44 in 2017 to 59 in 2018, according to the International Trade Union Confederation's Global Rights Index. About 2.5 billion people - in the informal economy, migrants and those in precarious jobs - are excluded from any protection under labor laws.

But this is not a fatality. At Public Services International (PSI), a Global Union Federation dedicated to promoting gender responsive and good living generators for all, quality public services, we are convinced that now, more than ever, working people need strong unions to fight back and get good jobs and fair salaries.

Just like Martin Luther King 50 years ago, we have a dream: that one day workers of all races and backgrounds will have a decent life - "One Day" is the title of a PSI series of films on the world of labor which presents the extraordinary lives of ordinary public sector workers around the globe.

On this Public Service Day, we want to celebrate these workers again. But it is not about one day or one moment. It is about building a movement that will last. It is a long journey, but when social movements and trade unions get together, we tend to win.

It is time to shift the narrative. The struggle for universal rights, such as a living wage, good working conditions and access to quality public services will never be outdated.

* Rosa Pavanelli is General Secretary of Public Services International (PSI) and chair of the Council of Global Unions.

You can also listen to an interview with Rosa Pavanelli about Public Service Day here: 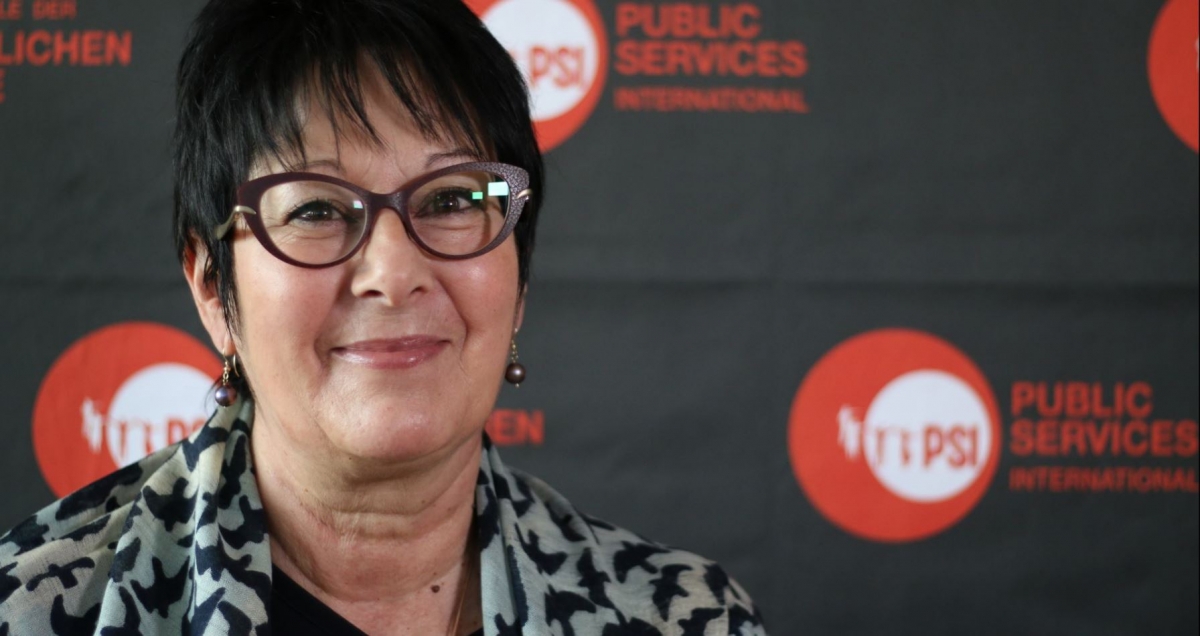