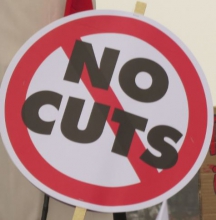 PSI is concerned about the Trade Union Bill that the UK government published in July 2015 and which contains wide-ranging measures designed to restrict the ability of unions and their members to organise collectively and take industrial action.

Listen to a report by Radio Labour: http://www.radiolabour.net/tu-bill-261015.html

In July 2015, the UK government published the Trade Union Bill, which contains wide-ranging measures designed to restrict the ability of unions and their members to organise collectively and take industrial action.

These include thresholds for turnouts in strike ballots, restrictions on the right to picket and the removal of the ban on the use of agency workers to replace striking workers. The government expects that the Second Reading of the Bill will take place in the House of Commons either in September or October 2015 after a short summer consultation which we consider insufficient to ensure the wide consultation and debate that are consistent with a democratic government.

PSI is extremely concerned and opposed to this Trade Union Bill which in our view will severely undermine fundamental human and trade union rights, such as freedom of association and the right to strike in the UK.

These fundamental rights have been enshrined and acknowledged in international human rights’ treaties and jurisprudence since 1948 in the UN, ILO and EU human rights instruments and are cornerstones of all free democratic societies. We believe it will cripple the UK’s industrial relations system, curtail the social and civil rights of UK people, dramatically erode workplace democracy and set a very dangerous precedent for the European Union and the rest of the world. We also share the view of the UK Regulatory Policy Committee that the whole Bill is ‘not fit for purpose’.

We strongly oppose the proposal to increase the thresholds of ballots for industrial action, including a higher threshold for “important” public services. We believe that these measures are unnecessary and disproportionate and that the arguments and case for such reform are intrinsically flawed and biased. The UK is already among the most regulated industrial systems of the world and strikes are at historically low levels.

More working days were lost in labour disputes in 1926 than in the 37 years combined between 1974-2011. In addition, the power to limit union facility time and resources in public services threatens to undermine and destabilize the longstanding constructive dialogue and collective bargaining relations between many of our UK affiliates and the employers with whom they cooperate and negotiate on a regular basis.

PSI is appalled at the proposal to enable the use of agency workers during industrial disputes, the criminalization of picketing and other forms of protest, the heavy limitations and surveillance being put on trade union activity and the use of social media in support of labour struggles. These measures are not only undemocratic and at odds with fundamental human and trade union rights, for which the UK should be a world-class benchmark, but they will also create a climate of fear and intimidation among workers which will prevent them from speaking and standing up for their rights. This will lead to the creation of deep social tensions and unrest at the workplace; and will ultimately result in explosive social conflicts which will no longer be possible to resolve within the constructive framework that trade unions and employers – including in the public sector – have been effectively building and using for many decades.

The UK needs strong, free trade unions as they are key partners for the democratic, economic and social development of the country and critical allies in building a more equitable society that supports the neediest. This is especially relevant to the UK, where inequality and poverty levels are among the highest of the OECD countries and at a time when the global economic crisis is hitting the weakest members of the UK society. The positive contributions delivered by the UK unions in the UK workplace and in the wider society on a daily base are broadly disregarded. These include their positive role as partners – not opponents - of managing workplace relations, transitions and organizational change, as well as facilitating the settlement of industrial disputes. Concrete examples include social partnerships in education, NHS and local government.

The right to strike is a fundamental tool in the set of instruments that trade unions can use in constructive collective bargaining. Public sector union members are committed public servants and have always agreed to provide minimum levels of services to protect the public’s security and safety and health.  The deliberate attempt to weaken the position of labour through the lopsided legislation of the proposed Trade Union Bill, which is evidently geared towards the interests of other UK social partners – business and government – will alter the balance and inevitably clog the UK industrial relations system, make it harder to engage in constructive negotiations and dispute settlement in the future.

We believe that the UK Government should show leadership in respecting and strengthening – not detracting from – the human and social rights of British people. Fundamental human and labour rights should not enter the battlefield of electoral campaigns and political cycles. We have urged the UK Government to withdraw this draft Bill that breaches fundamental human and labour rights and would place the UK among the ranks of human rights offender countries. Instead we encourage positive, constructive measures to facilitate and support social dialogue among all UK social partners, as well as sustainable economic growth and decent employment opportunities for the UK people, both in the public and private sector.

In many countries legislation has been passed or is being discussed to limit or prohibit strikes in “essential services” or even for all public sector workers. In addition, the criminalization of social conflicts and increasing violence against protesters is a reality all over the world at a time when employers and governments are implementing austerity measures.  PSI and its members have a strong commitment to support you in this continued struggle for the defence of workers’ rights and the right to strike.