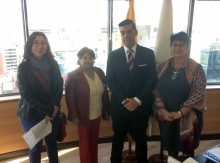 PSI’s General Secretary, Rosa Pavanelli, visited Ecuador between 17-23 June. Her stay was productive and the aims of the visit were met.

A meeting with public sector unions, some affiliated and others that have a fraternal relationship with PSI, highlighted the need to use international labour law to defend the rights of Ecuadorian public sector worker. 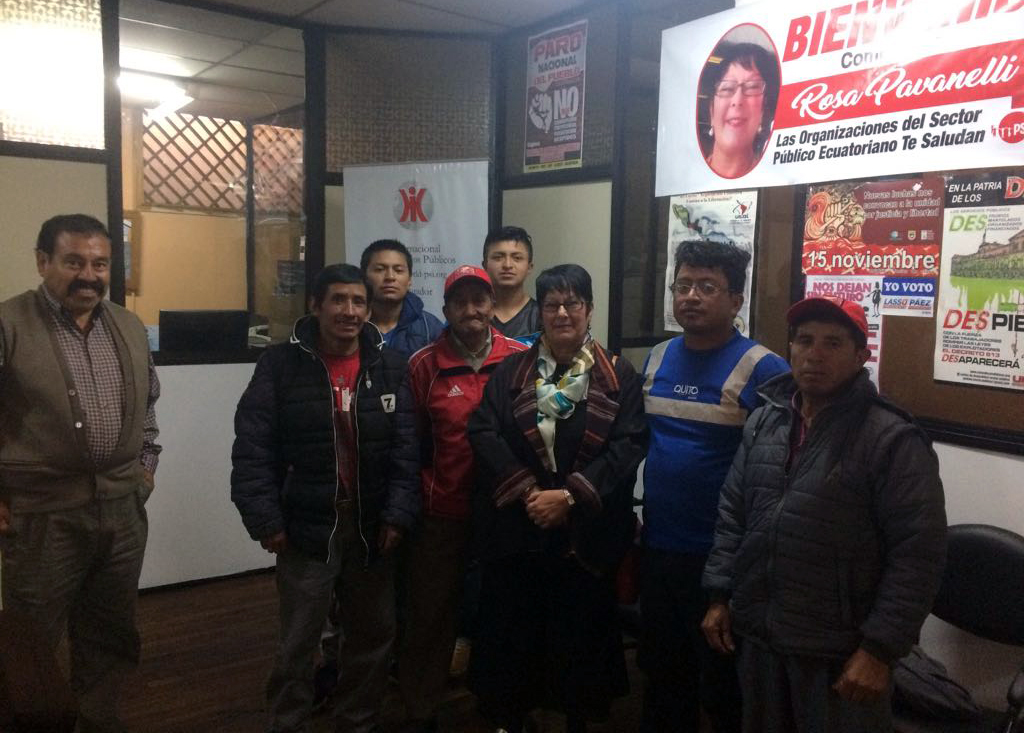 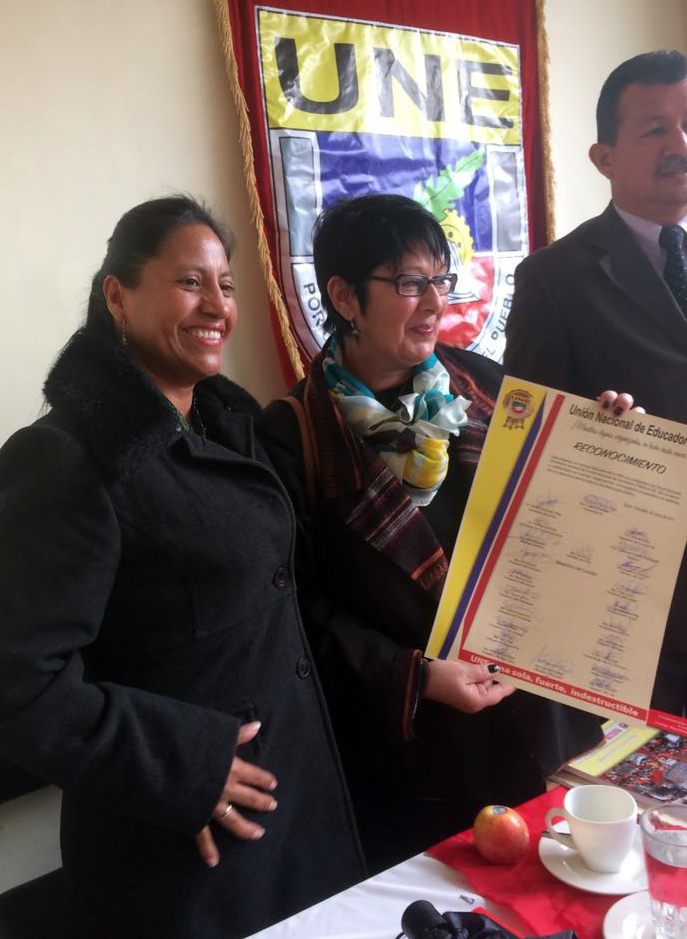 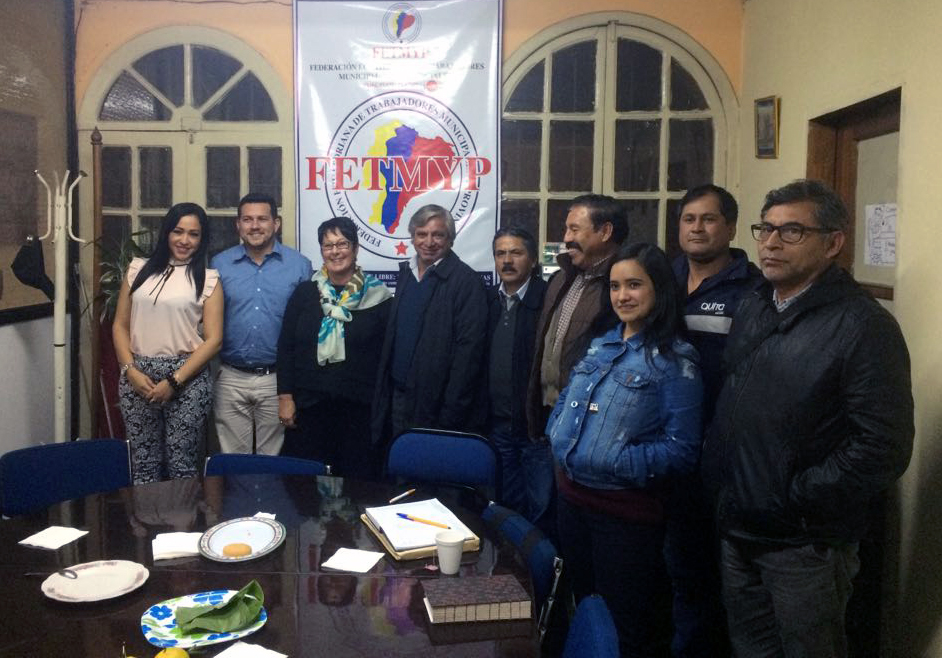 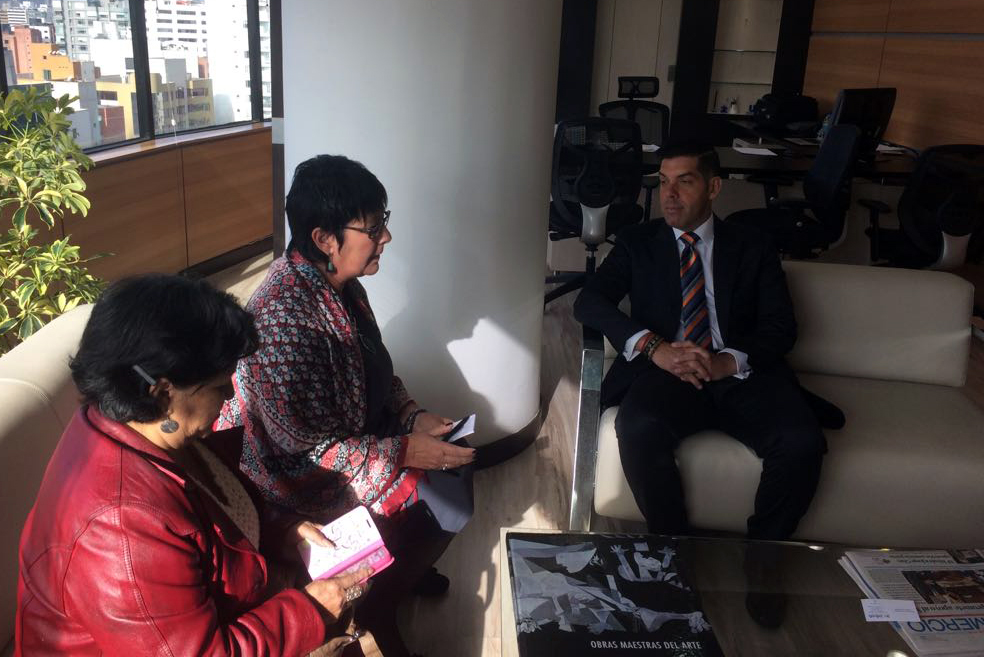 The labour minister, Raúl Ledesma, agreed on the possibility to countenance the creation of a specialized committee on the public sector under the umbrella of the National Labour Council, with an agenda that provides for discussion and a bipartite agreement on the main issues raised by the ILO, those structural and those of administrative nature.

PSI again submitted its proposals for a permanent, inclusive and binding social dialogue on labour issues to the Ecuadorian authorities.

PSI’s General Secretary called on all public sector workers in Ecuador to show strength in unity and make the most of forums for an open dialogue, which represent a real opportunity to apply international law to restore and advance their rights. 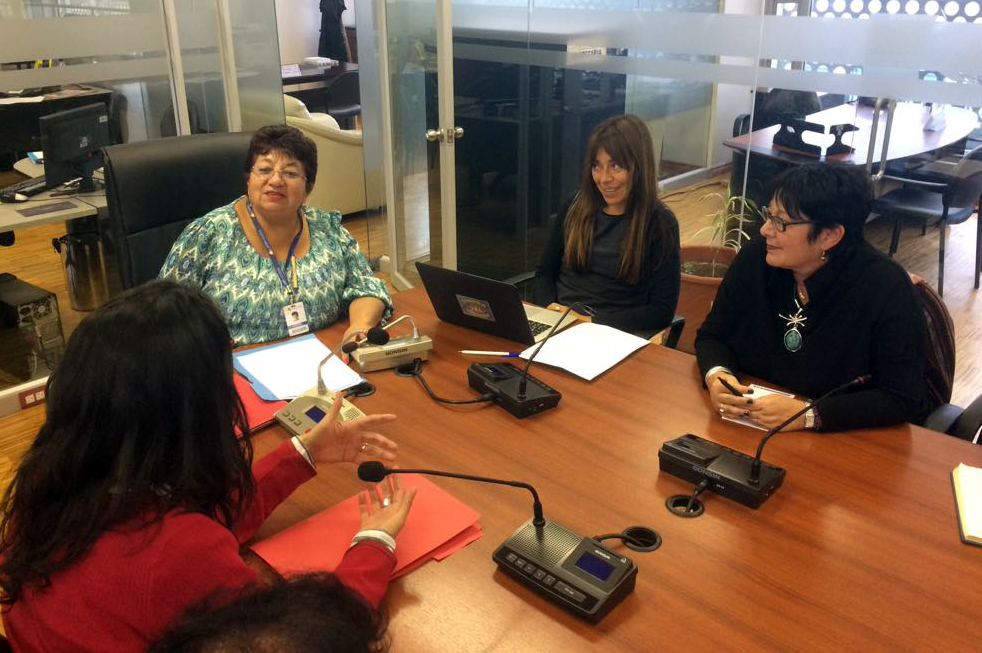 She also called on the president of the Workers’ Rights and Social Security Committee of the National Assembly to consider the PSI’s proposal for a dialogue on legislative reforms with all public sector labour organisations, in order to bring Ecuadorian law on the public sector into line with Conventions 87 and 98 and move towards ratification of Conventions 151 and 154. 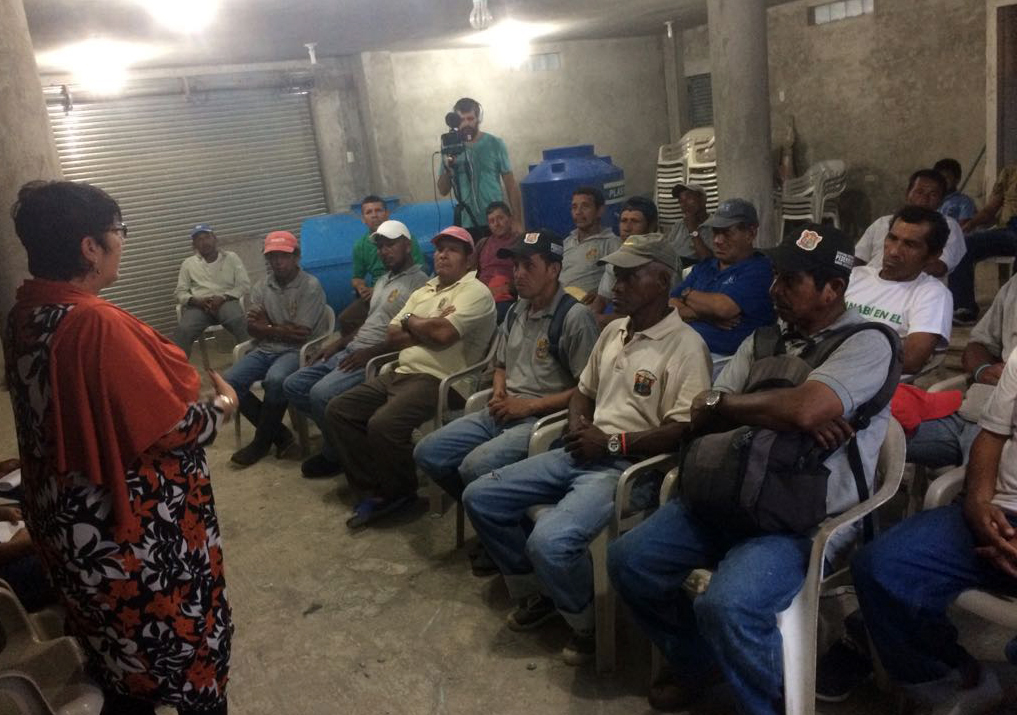 Pavanelli praised the strength and determination of front line emergency workers, especially in Pedernales, who continue to face very difficult conditions without the staffing, technical or infrastructure support to deal with natural disasters.

On 23 June, International Public Service Day, she called on the president of Ecuador, Lenín Moreno, to show more political will in seeking the creation of a United Nations inter-governmental agency on Fair Taxation.

On 23 June, PSI’s General Secretary, Rosa Pavanelli, met the labour minister, Raúl Ledesma, to discuss recommendations submitted to the Ecuadorian government by the ILO at the 106th Labour Conference.

Rosa Pavanelli on Radio Pichincha Universal 95.3: the issue of retirement is a problem for governments all over the world:

The PSI asked the government of the citizen’s revolution, now led by President Lenin Moreno, to restore the legal rights of the National Teachers’ Union (UNE):