In Pakistan, Community Health Workers Get Their Issues Across

On 30 January, the All Sindh Lady Health Workers and Employees Association, PSI and Workers Education and Research Organisation organised a public meeting in Karachi on "Socio Economic Impacts of Delayed Wages on LHWs and their families" and "Sexual Harassment of Lady Health Workers on the Job and Field" to share the findings of two studies to be published very soon.

Researchers Moniza Inam, senior journalist from daily DAWN and Sohail Javed, from the Applied Economics Research Center of the University of Karachi, presented striking findings of a research that looked at two critical aspects of LHWs lives and work.

Lady Health Workers (LHWs) are part of the National Programme for Family Planning and Primary Healthcare, started in 1994. Under this program, women provide family planning, pre-natal and neonatal care, immunization services and other key child and women health services in the community. It has been shown that maternal and infant mortality rates are lower in areas where LHWs are active.

Findings include that 63% of the respondents are the sole breadwinners of the family. However, they reported an average monthly income of PKR 15,245 (137 euros), whereas their monthly expenditures stood at PKR 29,567 (265 euros). Uncertain job descriptions, long working hours and erratic traveling are other issues faced on a regular basis. Wages are generally not paid on time, and the All Sindh Lady Health Workers and Employees Association (ASLEHWA) has been instrumental in pressurizing the government in releasing salaries.

The programme is a major employer of women in the non-agricultural sector in rural areas. There are 125,000 LHW in Pakistan, out of which 22,576 are in Sindh.

Most of these instances go unreported due to the fear of repercussions. In many instances, LHW reported being worried that their families would ask them to leave the job or even disown them. Cases of extreme violence include orchestrated murders by religious fundamentalist groups, estimated at 22 deaths since 2012.

Recommendations included revising salaries structures commensurate with qualifications, awareness campaigns among LHWs and their colleagues in the health system on laws and mechanisms relative to the protection against sexual harassment. Mechanisms should also be set up in the districts to monitor violence and sexual harassment cases by community members. 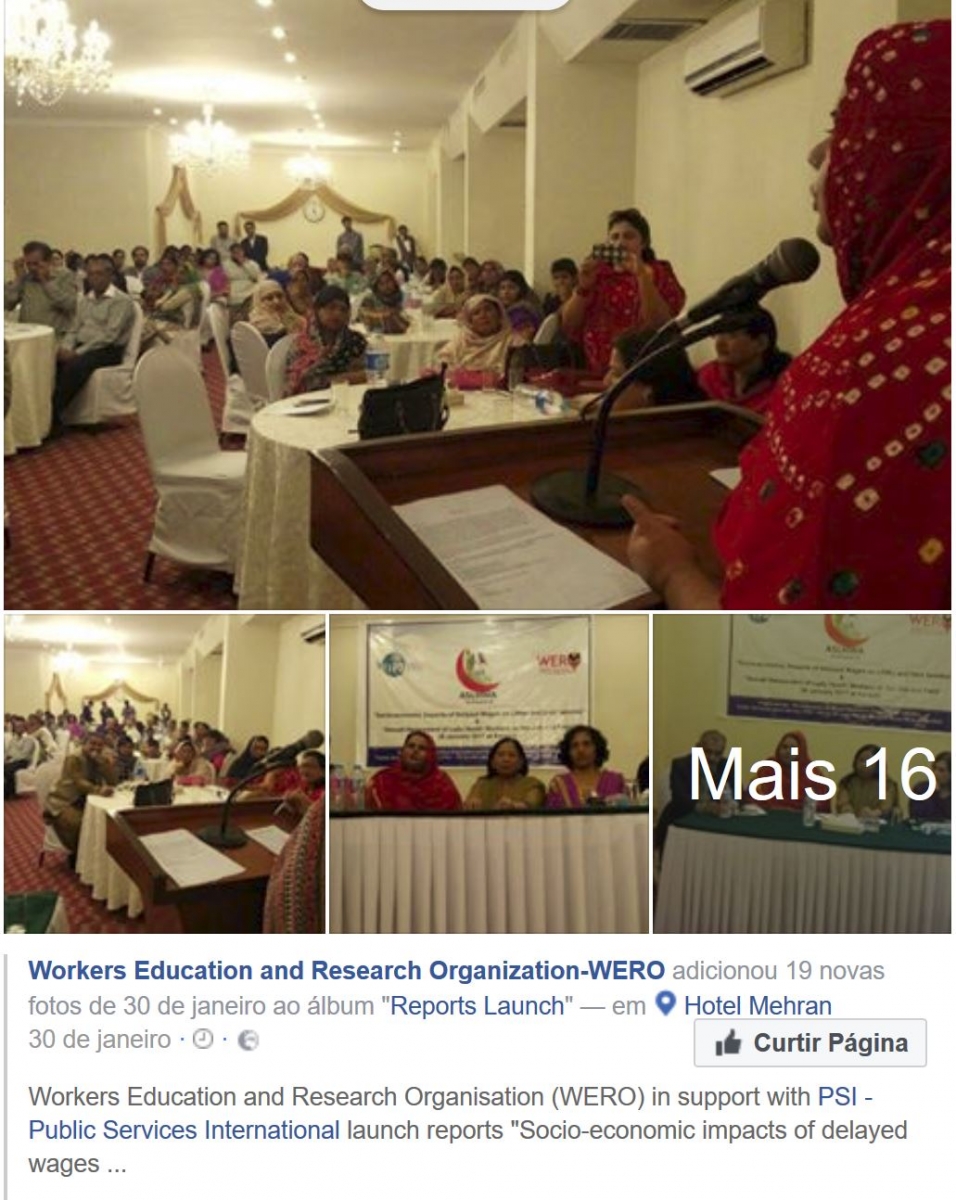