Call for support to the academics threatened to be imprisoned 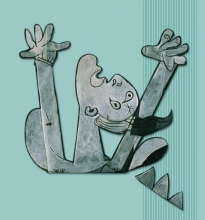 Turkish scholars have been subject to heavy pressures and constraints since the declaration of the petition “We’ll not be a party to this crime” launched by the Academics for Peace initiative in mid-January.

By Academics for Peace

In Mersin, a middle-sized city on the Mediterranean Coast, this climate of pressure has been experienced in an accentuated manner as the twenty-one petitioners of the city's University have since then faced very serious threats and sanctions.

In contradiction to all traditional practices and even to legislations, the university administration has cancelled the contracts of three assistant professors, two lecturers and one research assistant since last January.

And now, a group of these scholars in Mersin are threatened by serious juridical accusations that were launched obviously in relation with the petition. These lawsuits that may end up with prison sentences are as follows:

In short, this group of petitioners in Mersin are threatened by prison sentences up to 14,5 years for just using their elementary rights of freedom of opinion and expression. If they are also sued for “insult of institutions and organs of the Turkish state”, this prison risk may amount up to 21,5 years.

The gravity and the urgency of the situation in Mersin is obvious.

Therefore, we urge for the support and the concern of the democratic international community to the scholars at both professional and juridical risks in Mersin. For this purpose, we invite all those who can, to attend to the hearings on July 12th and 13th in Mersin.

For those who won’t manage to be physically with us on these days, we ask them to send us short videos of support recorded by their phones, tablets or webcams (max. ten seconds during which we hear your name, title, institution and words of support to our colleagues) to "mersin.bak@gmail.com ".

We shall organise a press meeting to share your messages to demonstrate the support of the international community to our colleagues.