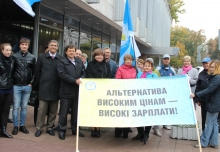 On 7th October, Ukrainian trade unions, along with their counterparts from other countries, celebrated the World Day for Decent Work. The Federation of Trade Unions of Ukraine (FPU) marked this day by picketing the buildings of the central authorities in Kiev.

The aim of the pickets was to draw the attention of the executive authorities to decent work challenges in Ukraine and to inform the broad public about trade union demands and actions. 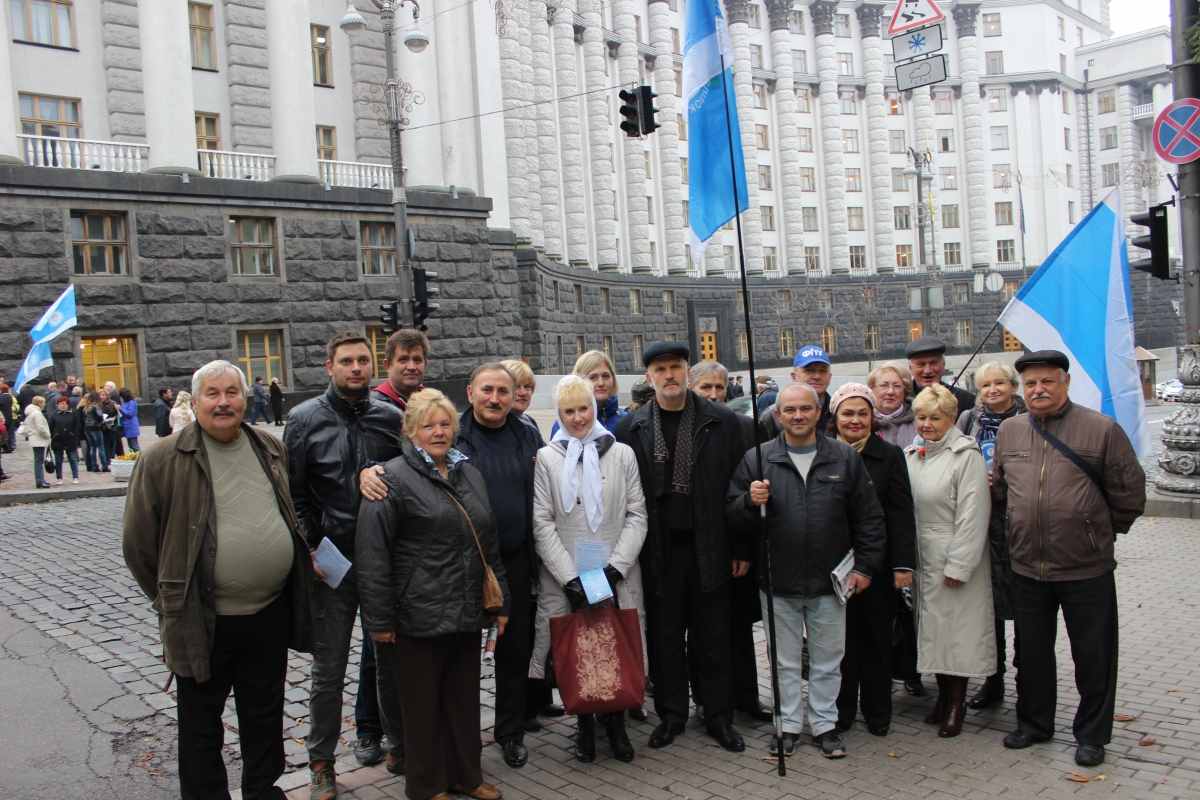 Trade unionists from the FPU and its affiliates picketed the buildings of the Verkhovna Rada, Ukraine’s parliament.

They handed out a special issue of the newspaper “Trade Union News”, leaflets on decent work and explained to passersby that decent work means, above all, decent and timely pay, new high-tech jobs, protecting workers’ rights to join trade unions and collective bargaining. It includes the elimination of discrimination, the abolition of child and forced labour and the creation of social protection systems for the unemployed. 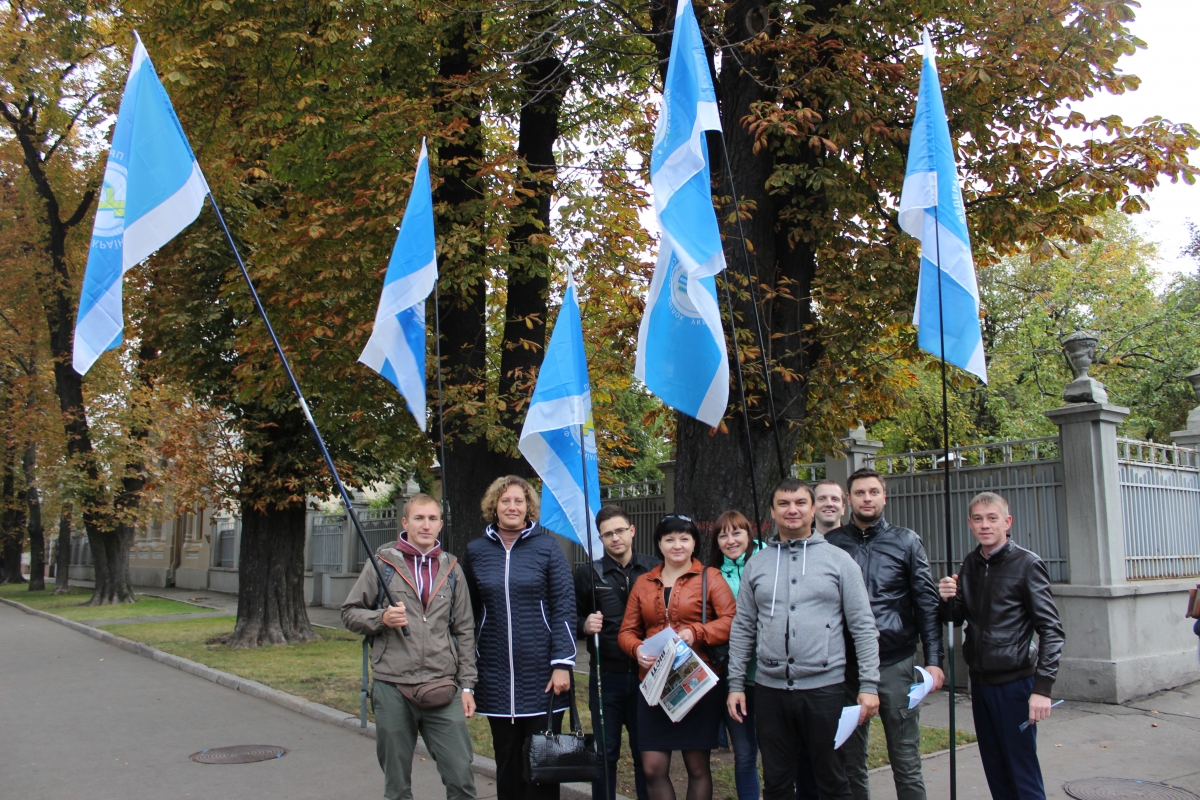 In the run up to the World Day for Decent Work and the International Day for the Eradication of Poverty the FPU Presidium adopted a statement outlining major trade union demands.

The FPU Presidium noted that in the last three years the Ukrainian labour market has lost 2 million people. Today, for every vacancy there are 43 unemployed. In the 1st quarter 2016, 3.8 million workers were employed in the informal economy, or 23.4% of the total workforce. The real wages decreased by 74.6% in 2014–2015. Every fifth worker is poor. 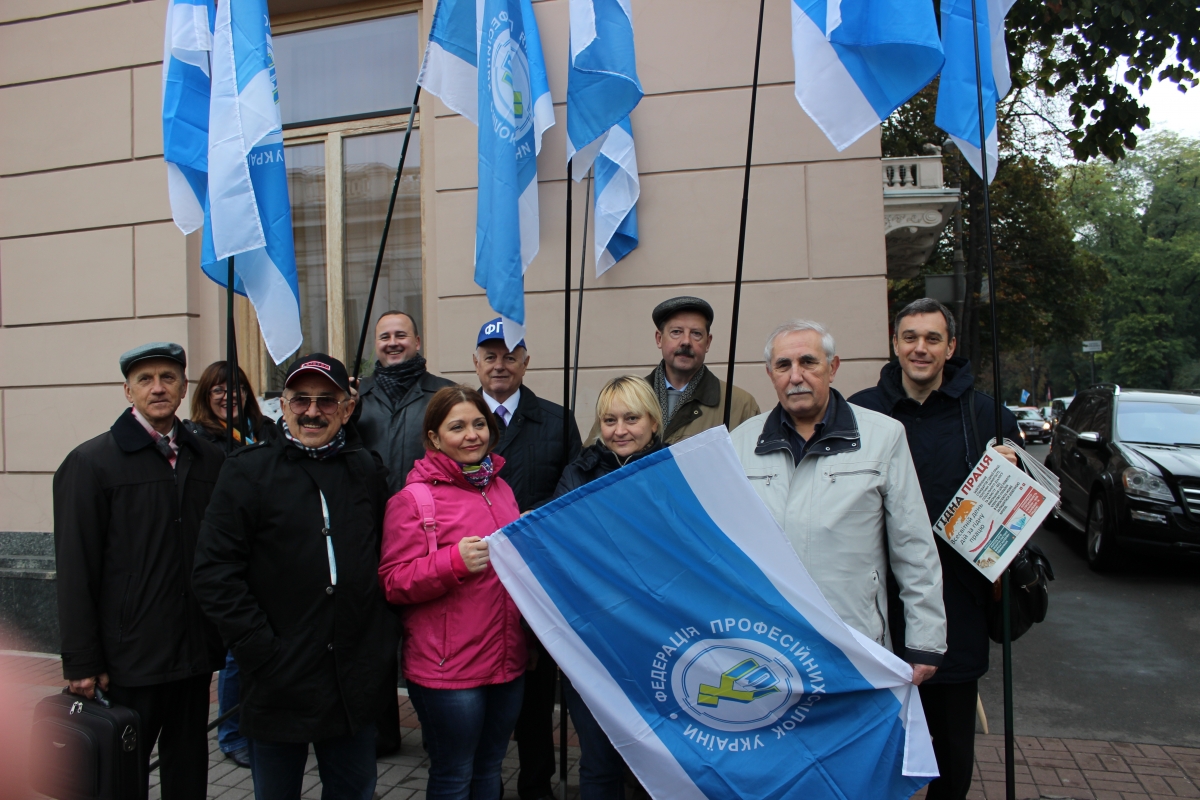