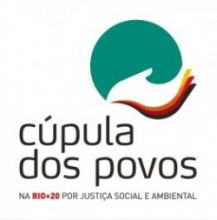 The Rio+20 Summit comes amidst the climate, food and economic crises we have been experiencing in recent years. The crisis of capitalism is forcing corporations to seek new sources of profit, and to ensure that they don't lose the ones they already have. Their lobby has been preparing for the Rio +20 summit, defining the concept of Green Economy to serve corporate purposes. It is being used as a clever cover to justify the commodification and financialisation of natural resources, which are key ingredients for their profits.

Meanwhile, those suffering from the climate, food and economic crises are joining together to push back against the global corporate agenda.  Trade unions see clear threats to workers’ and union rights, as well as many other hard-won rights, and are joining with civil society organisations to demand different policies that build equitable, just and sustainable societies, and where the earth and natural resources are protected and managed for the common good.

Within PSI, we see threats to public services and to public service workers.  In a market-based economy, those with money are able to pay for services, those without are left to their own devices.  Financialisation of natural resources will further entrench privatisation and control by the financial sector.

PSI will participate in the International Trade Union Confederation (ITUC) delegation at the Rio +20 Summit.

We will focus on the following issues in order to strengthen the QPS campaign :

PSI and affiliate members will participate in the following events in Rio de Janeiro :

People’s Summit, 15-23 June
Many self-organised activities, including a number of themes such as privatisation, FTT, health, water, energy.  Includes a major mobilisation on 20 June.

UN Summit, 15-23 June
Some members of the PSI delegation will join the ITUC as delegates to the UN Summit and will help lobby government negotiators.

Negotiations so far indicate that a few governments, including the USA, Canada, the UK, and New Zealand – are weakening the rights-based approach that arose from the original Rio Earth Summit in 1992.   PSI will ask affiliates to support our lobbying efforts with their national governments in the next few weeks leading up to the Rio summit.  We will seek to assemble a small delegation to participate in the full range of activities in Rio.

To register, fill out the attached form. Deadline for submissions: 30 April 2012.