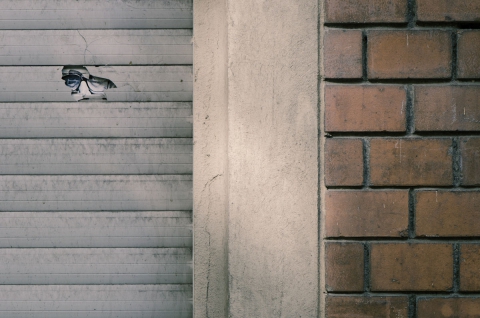 Consumers’ protections and privacy are at risk, along with national governments’ sovereignty, at the sole benefit of Information and Communication Technology (ICT) corporations.

This is what emerges from the latest leaked document of the Trade In Service Agreement (TISA) negotiations, that PSI has opposed since the beginning, in March 2013, for lack of transparency.

The document – leaked by Associated Whistle-Blowing Press - refers to a proposal by the US Trade Representative (USTR) dated 25 April 2014. It focuses on e-commerce, technology transfer, cross-border data flows and net neutrality.

The US proposal aims to advance the commercial interests of its services industry that supplies services across the border, mainly through e-commerce, and foreign direct investment in manufacturing and services.

This would provide particular gains to the information telecommunications and technology sector, and would protect US competitive advantage and monopoly rights over intellectual property and technology.

If approved, “the proposal would also consolidate data repositories to the benefit of the US government, transnational companies and third party commercial interests,” comments Jane Kelsey, law professor at the University of Auckland, and Burcu Kilic, from US-based Public Citizen.

“This serves a range of ‘national security’ and commercial purposes.”

In addition to that, the agreement would prevent or restrict government regulation that impedes the activities and profits of the major global services industries, and guarantees unrestricted cross-border data flows, which impacts on consumer protections, privacy laws, regulatory constraints and competition policy.

“We now know that TISA will further deregulate the financial sector, stop failed privatisations being brought back into public hands and undermine data privacy laws. What else are our governments keeping secret from us?”

According to Daniel Bertossa, Director of Policy at PSI: “These rules would allow the most sensitive of personal and commercial data to flow out of your country. In the wake of the recent spying scandals it seems extraordinary that this is even being considered”.

The TISA is currently being negotiated between 23 parties (counting the EU as one) whose aim is to extend the scope and rules of the General Agreement on Trade in Services (GATS) at the World Trade Organization (WTO).

Unlike the GATS, the TISA negotiations are being conducted in secrecy and the parties refuse to release the negotiating text or supporting documents. Some countries have released limited documentation about their offers (for example Switzerland and the EU). However most documents remain highly classified including USTR documents.

The cover sheet of the leaked USTR proposal is marked CONFIDENTIAL and “Declassify on: Five years from entry into force of the TISA agreement or, if no agreement enters into force, five years from the close of negotiations”. This is an even higher level of secrecy than previous agreements such as the Trans Pacific Partnership (TPP).

Prior to Public Services International (PSI) publishing the first available critique, TISA Vs Public Services, in March 2014, the negotiations had been shrouded in secrecy.

PSI’s report outlines how TISA would prohibit failed privatisations being brought back into public hands and restrict governments from regulating privatised public services and other area of public interest such as laws to protect workers, consumers, small business and the environment.

The leaked financial services text from Wikileaks in May 2014 confirmed many of these fears as they applied to financial regulation.