SAMWU: Preparing for a huge battle 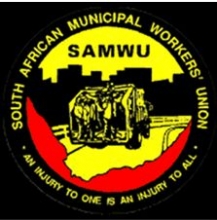 This press statement was published by the South African Municipal Workers' Union, a PSI affiliate, on 2 February 2012. We have decided to publish it in its entirety.

Our struggle for a living wage continues as we prepare for another round of wage negotiations. We had to call off our strike last year as we could not force the South African Local Government Association (SALGA) to accept our demands of 10%. We believed that we were not going to push SALGA to accept our demands while strikers were losing money every day. No agreement was signed. This meant that although SALGA unilaterally implemented their offer of 6.08%, the dispute was never settled. We attempted to get the national government and the ANC to intervene, but without any success. Now we are preparing to go back to negotiations as the three year wage agreement we concluded in 2008 has expired.

Are we any better off than a year ago? 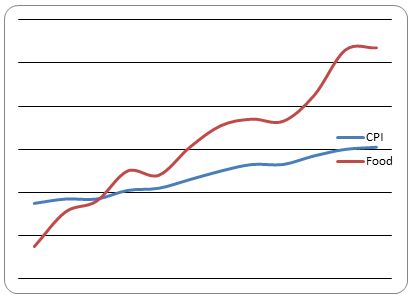 Inflation continues to bite workers who are already struggling to survive. As can be seen in the graph, CPI has risen from 3.5% in December 2010 to more than 6% in November 2011. This trend is expected to continue with inflation expected to reach 7% by mid-year.

Moreover, food inflation is way above 10%. Workers and the poor spend a larger amount of their money on food. This means that food inflation is having a devastating effect on the poor, who are the majority of our members.

Workers continue to suffer from:

Gill Marcus, the Governor of Reserve Bank, has indicated that interest rates are unlikely to go down in 2012. This will mean that any debt that you have will continue to be expensive. Housing bonds, cars, clothing accounts and microloans will continue to eat away at your meagre earnings.

Unemployment is another burden that workers have to carry with 4 out of every 10 persons unemployed.  The state fails to provide any meaningful unemployment benefit, refusing to accept COSATU and civil society’s proposal for a Basic Income Grant, meaning that underpaid workers have to put food on the table for the millions of unemployed. This has been further exacerbated by the jobs bloodbath we have experienced because of the recession. The government’s promise of 5 million jobs doesn’t seem to be materialising at all.


The failure of the state to provide adequate measures to address the Aids crisis has left the working class to tend to the sick and to pay for the funerals of those who did not make it. Then we have to care for the orphans left behind.

The past year has seen our situation worsen. The capitalists and those MPs and senior Government officials who manage the state on their behalf, have flourished through record profits on the Johannesburg Stock Exchange and lucrative BEE deals.

National government has decreed that the lowest allowance a part-time councillor receives in the smallest municipality is R166 675, whilst the Executive Mayors in the metros receive R1 012 467 per year. Quite clearly, the political elite continue to enjoy their comfortable existence whilst those who deliver services struggle to make ends meet. The disparity in wages between earners at the top of the wage distribution and those at the bottom continues to be a feature of Local Government.

Has government softened the blow?

The state should provide services like healthcare, education, transport and housing to the working class at less than full cost. We call these services the social wage.

Neo-liberal policy measures like GEAR in the past and now the New Growth Plan have shifted the cost of reproducing oneself and one’s family onto the working class. These services are being privatised left, right and centre. Now everything has to be paid for. School fees are ever increasing, public transport has disappeared, electricity and prepaid water meters are installed and no Municipal housing is being provided.

A number of commitments made by Government have not been met. The Human Sciences Research Council has noted that the RDP target of providing housing for all by 2003; last year's ANC local government election promise of five million jobs over the next five years through the Expanded Public Works Programme; and sanitation for all by 2010, have not been met.

All this means is that workers have to dig ever deeper into their own pockets to pay for these services.

What should our demands be?

Last year’s strike was unsuccessful in getting an increase above inflation.

It is important that we recover some of the losses suffered last year whilst ensuring our demand is attainable.

Can Salga afford our demands?

The economy has grown at 5% over the past year. This has meant increased revenue for national and local government. Finance Minister, Pravin Gordhan, has used this opportunity to provide additional funds for social services. National government has made increased sums of money available to local government. In last year’s national budget an amount of R34 billion was set aside to assist local government and this amount will increase to R37.5 billion in 2012. Some of this is for Infrastructure.

Local Government also has own tax sources of revenue. The problem is not the ability to pay, but a failure to recognise that quality public services can best be achieved when workers are properly paid. Instead SALGA encourages job reduction. It seeks to save on labour costs while increasing the burden of work on remaining workers.

Who are our allies?

We know that our struggle for a living wage will be fiercely resisted by the bosses. The bosses in SALGA have shown that they are no different from those apartheid bosses they took over from. They will use every trick in the book to deny workers their piece of bread. Last year they used a number of delaying tactics to ensure that workers were frustrated by the time the strike took place.

Workers can only ever rely on themselves. The other classes in society may pretend to care but all they ever care about in the end is their own well-being.

During last year’s strike action we made important steps in drawing closer to our real allies. IMATU supported us for one day in our strike. We know that this is not enough to win our battles but it is a start. We must make every effort to build on this and develop further unity in action. IMATU members are workers too and we must convince them to be serious about fighting for a living wage.

Working class communities are also feeling the effects of neo-liberalism. The failure of councillors to deliver services to communities has seen uprisings throughout the length and breadth of the country.

Just as our wages are being kept low and services being privatised, communities are being deprived of housing, roads, sport and library facilities, electricity and water cut-offs, etc. A programme of community meetings to identify common areas of struggle is vital at this early stage.