Public anger will grow if G20 leaders fail on tax 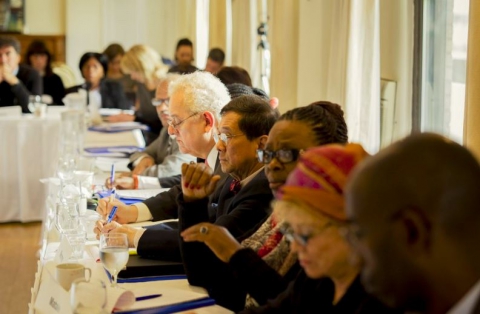 “Our leaders risk an escalation of already fierce public discontent if they fail to ensure that the obscenely rich in our society do not pay their fair share”.

This is how Rosa Pavanelli, General Secretary of Public Services International (PSI) commented the scathing critique of the current OECD tax reform process by the new high level commission.

Speaking at a side event of the Trento Festival of Economics with Joseph Stiglitz, Jose Ocampo and Eva Joly, Rosa Pavanelli will warn later today that the public has a right to be angry, saying:

According to Ms Pavanelli, the commission’s findings make clear that the technical answers exist but the political will is still lacking. She said that the rise in inequality was leading to extremist politics and that our leaders would have to take responsibility for this if they hide behind timid tax reform later this year.

She went on to say:

“Politicians will not be spared the public’s anger if they continue to cut public services to people in need and pensions while allowing the wealthiest in the world to avoid paying their fair share.”

She pointed to the string of corporate tax scandals across the globe engulfing major household names from Google to Ikea and most recently McDonald’s, arguing that public anger will not go away unless radical reform is taken.

Ms Pavanelli welcomed the findings of the Independent Commission, saying it was clear that powerful interests benefited from keeping information about corporate tax abuse away from the public eye.

“This commission has opened up the tax debate by providing answers based on the public good, not national or corporate interests.

“It is clear that despite the good intentions of the G20 leaders, major public figures – including Nobel Prize winning economists – are unconvinced the OECD’s reform is tackling the fundamental issues.

“Multinational firms act as single entities and should be taxed as such. Political leaders that promote the fiction of the separate entity principle will be judged as complicit in corporate tax avoidance,” she said.