PSI calls for an inclusive new urban agenda at HIII 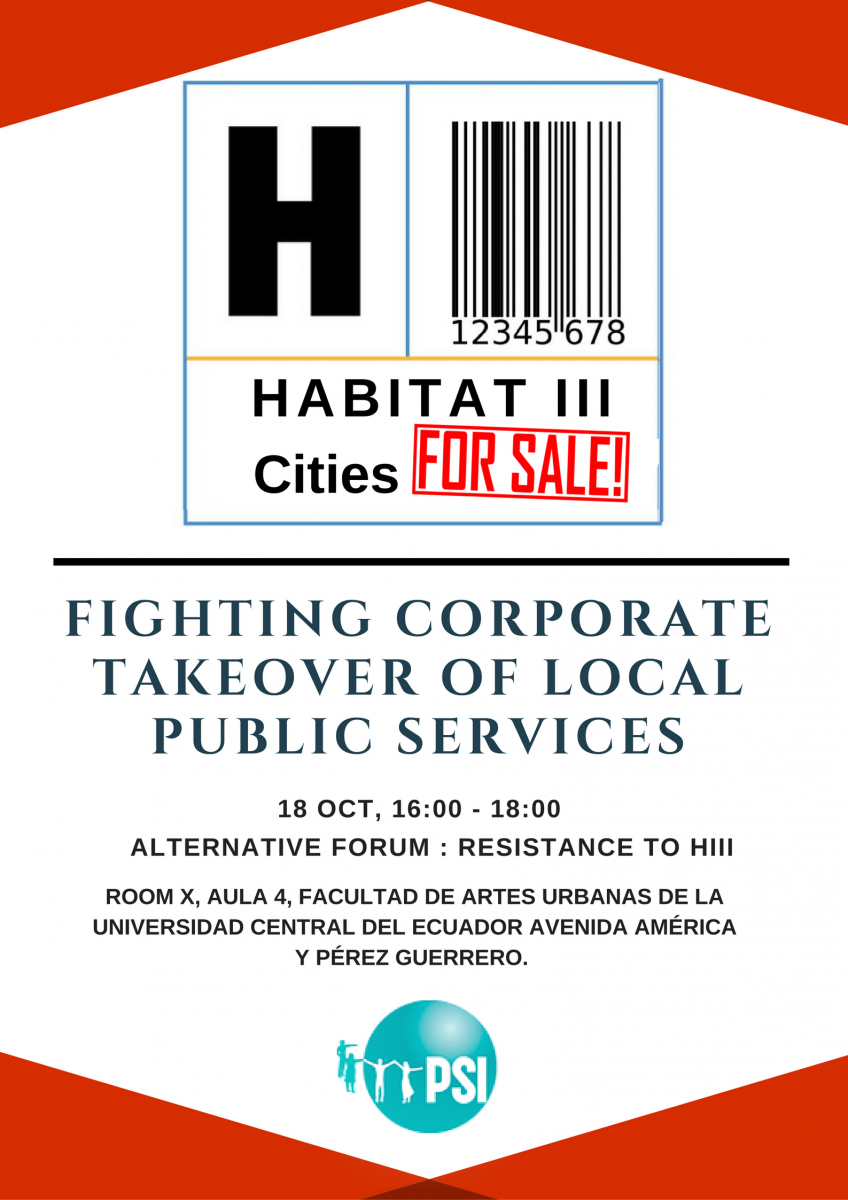 Cities will not be truly inclusive until all workers including migrant workers have decent work, safe and healthy working and living conditions, and are entitled to fundamental labour and human rights.  Workers represent the largest share of urban dwellers and are the engines of socio-economic integration and inclusive growth: they build the cities and keep them running but they are often marginalized and in precarious working and living conditions, and they need labour rights, empowerment, protection and capacity-building.

General Secretary Rosa Pavanelli is the Vice-Chair of the Trade Union and Workers Group in the General Assembly of Partners (GAP), and PSI cooperates closely with the Building and Wood Workers International (BWI), whose General Secretary Ambet Yuson is Chair of the Trade Union and Workers Group. PSI was in the drafting committee of the GAP position ‘Partnerships for the New Urban Agenda’ where it succeeded to include critical language on decent work, tax justice, universal access to public services, labour and environmental clauses in public procurement, public-public partnerships and inter-municipal cooperation. Social inclusion, decent work and inclusive growth are among the transformative commitments of the Zero Draft of the New Urban Agenda, however, little is said about their operationalization.

Here is the list of the main HIII events that PSI will take part in and the alternative forum “Resistance to HIII”:

14:30 - 16:00     Beyond Public Services. Rethinking the Values, Functions, and Management of 'Waters' in our Cities - Side event organized by GWOPA - One UN Pavilion - Room A