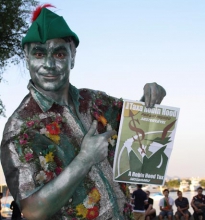 On behalf of the 20 million public service workers represented by our global trade union federation Public Services International (PSI) in Europe and around the world, I write to you today with an urgent request in regards to your upcoming deliberations on adopting a financial transactions tax at the Franco-German Summit on 19 February 2014.

We commend you and your governments for your commitment to a broad-based financial transactions tax (FTT) in the framework of Enhanced Cooperation.

Five years of crisis have clearly shown how strongly the financial lobby seeks to avoid the regulation of financial markets, while the burden of a system that is still doing “business as usual” continues to have a dramatic negative impact on workers and people in many European communities.

It’s time that leadership on economic issue returns fully to the hands of governments and parliaments. This is why we urge you and your governments to refuse to exempt derivatives in any form from this tax. As the trading of derivatives represents the bulk of market transactions, to do otherwise will cause a major loss in tax revenues, and will further increase risks of financial instability due to speculation and the avoidance of taxation. Our countries cannot afford to lose out on any of the €34 billion per year in revenue that the European Commission has projected will be raised by a comprehensive FTT. Your decision can strongly influence the EU; this is why we ask you to do the right thing in the interest of your communities and of the whole European Union.

We also call on the French and German governments, indeed all of the 11 European Union governments signing on to the FTT agreement, to ensure that the funds raised from this tax are used to provide the vital public services and decent jobs necessary to end poverty and inequality at home, to support sustainable development and to address climate change.