Pavanelli and Van Leeuwen meet the Director General of the ILO 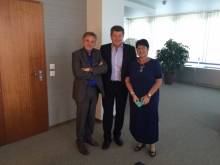 They also shared the view that it cannot happen without a strong commitment of the global community to make Decent Work a reality for all and without supporting public investment in public services, which are crucial to create sustainable development. 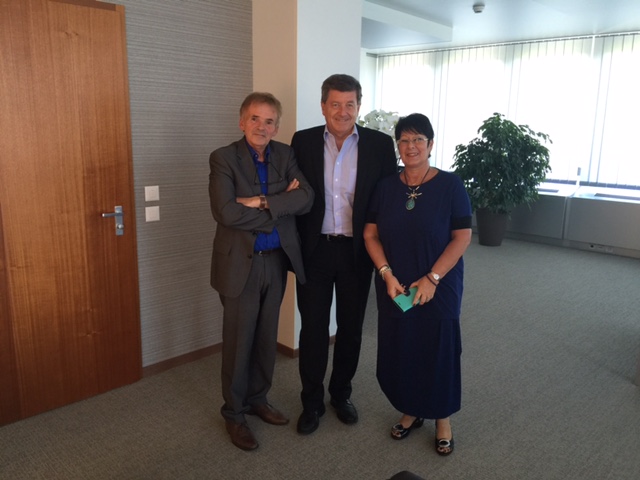 Pavanelli and Van Leeuwen made it clear that universal access to education, healthcare, water and sanitation is a pre-condition that should be included in the policies and strategies to achieve the Sustainable Development Goals, especially when we witness a more and more aggressive assault of the private capital on public services, mainly in Education and Health - a political trend that can potentially increase inequality rather than reducing it.

In this sense, both secretaries drew the attention to attempts made by private corporations to create new "SDG markets" that could weaken the public sector.

For its unique tripartite nature, the ILO is seen by Pavanelli and Van Leeuwen as an important player at global level to help developing such policies which can lead to the inclusion of the role of public services in “The future of work perspective”.

Guy Ryder shared many of their opinions and concerns, although noting that Public Private Partnerships (PPPs) are part of the UN policy for the funding of the Sustainable Development Goals.

The discussion will continue with the objective to define possible forms of cooperation, focusing particularly on the implementation of the SDGs at regional level.

Pavanelli and Van Leeuwen have also expressed their deep concerns about the ongoing and large scale violations of core labour standards in Turkey, where thousands of public employees, teachers and academics have been dismissed in the past few weeks (click here to read PSI/EI letter to UN Secretary-General Ban Ki-moon)

They took the opportunity to tell Ryder that they do not accept the Turkish claim that the dismissed persons were involved in illegal activities with the purpose of bringing down the Turkish government – since some EI and PSI affiliates in Turkey are of the view that the attempted military coup on 15 July is a pretext for cracking down on groups and individuals critical of Turkey President Erdogan.

The ILO Director General said that his agency is currently collecting information about the situation in Turkey.