A United Nations expert has urged the authorities in Nigeria’s biggest city, Lagos, to ensure the 2017 budget improves funding for water and sanitation access for the estimated 21 million residents.

The comments from the Special Rapporteur on the human rights to water and sanitation, Léo Heller, come after the State Governor presented the proposed budget to the Lagos House of Assembly.

“Government reports indicate alarmingly high deficits in the sector, representing clearly unacceptable conditions for millions of the megacity’s residents,” said Mr. Heller. “The discussion of the annual budget is a great opportunity for the city to take steps towards delivering people their rights to water and sanitation.

“It is profoundly worrying how many millions of people are exposed to this level of vulnerability,” he stressed. “There is no question that the city’s water and sanitation sector has deteriorated to this point because of the way it has been managed for many years.”

Mr. Heller is urging the Government to consider alternatives such as boosting the effectiveness of the public service provider, including by adopting appropriate financing schemes and responsibly reducing water losses.

“For more than a decade, the Government has adopted a hard-line policy according to which the solution would seem to only attract private capital, notably via public-private partnerships (PPPs). Numerous civil society groups have urged the Government to guarantee their right to participate in these processes,” the Special Rapporteur said.

“I believe that a participatory process is key to finding an adequate solution. But the alternatives proposed by civil society are not given meaningful consideration, while negotiations to initiate PPPs between public authorities and private investors have reportedly occurred in secret,” he noted.

Lagos continues to grow and residents’ access to water and sanitation is worsening. Current estimates suggest that only 10% of the population has access to water supplied by the state utility, LSWC.

Many residents desperate for water now resort to drilling their own boreholes, but this practice has grave environmental and health consequences, especially when the holes are dug near soakaways that could contaminate the water.

Others have to pay exorbitant prices to private vendors, who are often unregulated and provide water with no safety guarantees.

Earlier this year, the Special Rapporteur contacted the Government of Nigeria to ask clarification about the water and sanitation situation in Lagos and had not received a response thus far. 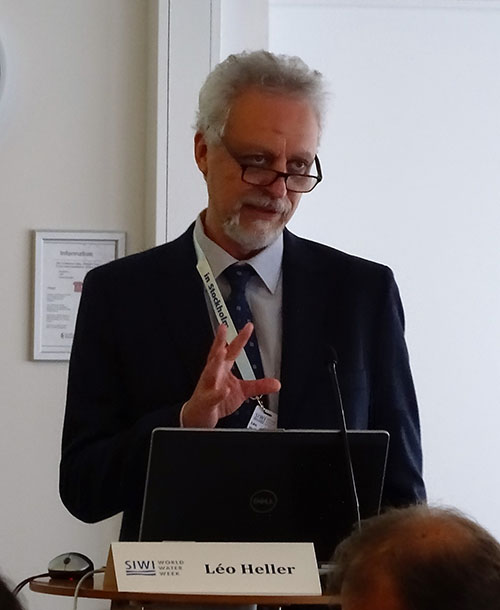 Mr. Léo Heller (Brazil) is the Special Rapporteur on the human right to safe drinking water and sanitation, appointed in November 2014. He is a researcher in the Oswaldo Cruz Foundation in Brazil and was previously Professor of the Department of Sanitary and Environmental Engineering at the Federal University of Minas Gerais, Brazil from 1990 to 2014. Learn more: http://www.ohchr.org/EN/Issues/WaterAndSanitation/SRWater/Pages/SRWaterIndex.aspx

Special Rapporteurs are part of what is known as the Special Procedures of the Human Rights Council. Special Procedures, the largest body of independent experts in the UN Human Rights system, is the general name of the Council’s independent fact-finding and monitoring mechanisms that address either specific country situations or thematic issues in all parts of the world. Special Procedures’ experts work on a voluntary basis; they are not UN staff and do not receive a salary for their work. They are independent from any government or organization and serve in their individual capacity.