Ver.di President Frank Bsirske’s conclusion, after the 2nd round of collective negotiations with the “Bargaining Union of German Länder”, is sobering: "We are far from a breakthrough. We have to add some dynamics to the negotiations through warning strikes". In the coming days, work stops are to be expected. 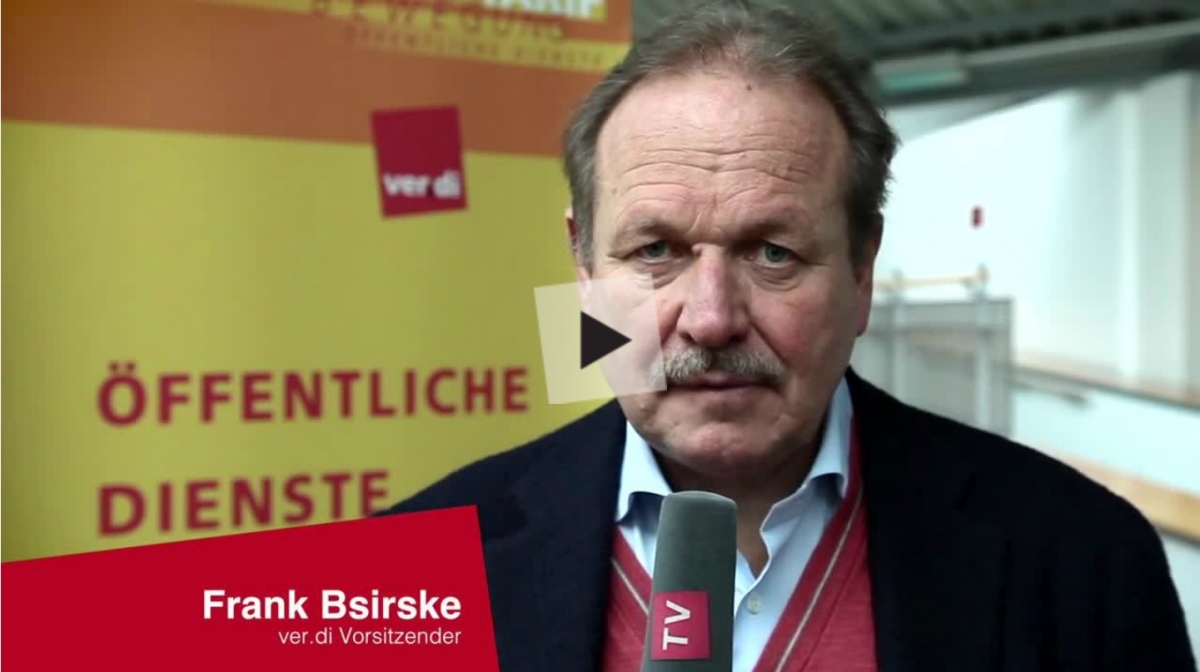 On Tuesday (31 January 2017), the second bargaining round in Potsdam finished without any result. The 3rd round will take place on 16/17 February 2017, also in Potsdam.

"The total amount of the salary increase, a social component for lower and medium income groups, and structural improvements for further categories of employees – all these issues have remained totally unanswered after the first two negotiation rounds“, said Bsirske. "There is no offer from the employers. Now the workers have to get involved / have to become active.“

Ver.di is asking for all employees covered by the collective agreement, as well as for apprentices in the public sector of the Länder (exc. Hessen), a total volume of income increases about 6%. This claim comprises a social element in the form of a minimum amount, the introduction of a new scale in certain salary categories, as well as structural improvements in the way that certain employees are grouped into wage categories.

The salaries of workers in social and educational services of the Länder, as well as social educators in Berlin and some others, are to be upgraded to those of the municipalities.

For apprentices, ver.di is asking for a monthly increase of 90 Euros, more holidays and the guarantee of an employment contract at the end of the training period.

Ver.di also requests a ban to fixed-term contracts that should have no place in the public sector.

Ver.di leads the collective bargaining together with the trade unions GdP, GEW and IG BAU (DGB affiliates), and is part of a negotiation community with the German public servants trade unions DBB and Tarifunion.