Will America destroy the WTO? 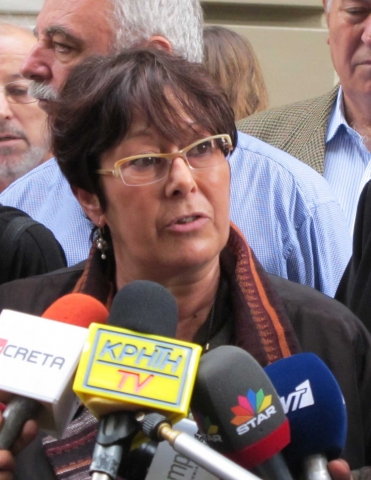 The World Trade Organisation (WTO) Ministerial Conference opens in Bali today. A tang of fear and desperation wafts from huddles of developed world negotiators. In the last 48 hours, India and other developing countries have been put under intense pressure to agree a deal at any cost.

The collapse of the talks in Geneva last week, that sent the USA and its allies scurrying to blame India and the developing world, was dramatic. However it was entirely predictable.

Trade agreements have long ceased to be about driving economic development and creating jobs and are now about ensuring the economic interests of some of the most powerful lobby groups in the world.

At the core of these stalled Doha development talks is a huge hypocrisy. The United States as champion of free markets and free trade has aggressively promoted the opening of markets in developed and developing countries alike. It has presided over the breaking down of tariffs and quotas in all regions of the globe ostensibly on the basis that free trade is good for all.

Yet it has hidden an inconvenient truth. There are winners and losers in free trade. Even where trade facilitates rises in national wealth this wealth is not evenly distributed. Large companies do well, consumers rich enough to afford foreign goods do well, but workers in affected industries lose their jobs, local goods exposed to export markets become unaffordable to the poor and small producers go bankrupt.

In this environment, the pressure to lower wages to maintain competitiveness has become a dogma. Countries respond by undermining workers’ rights, often breaching core labour standards and fundamental human rights.

These truths can be hidden because the effects are not always obviously linked to the trade deals; they creep in over time.

But there are some areas where the truth is so stark that it can never be hidden. So immediate that the politics are prohibitive, and so immoral that the distracting detail of trade negotiations cannot hide the injustice.

And so, last week the so-called development round of the WTO collapsed amid a flurry of accusations about developing world intransigence.

The USA, which spends billions subsidising its own farmers and agri-business, has refused to allow developing countries to subsidise their own local farming to ensure food security. In short, the USA will not allow the prevention of starvation in the developing world to get in the way of the profitability of one of its largest economic sectors.

India and dozens of other developing countries cannot tolerate rules that prohibit them from securing food for some of the most impoverished people on the planet. Nor should they.

It is not only food security that is in the sights of free trade negotiators. The Trade In Services Agreement aims to open up many areas of public services such as education, health, water and energy to private providers. Anyone who’s looked at the increased tariffs for energy after privatisation of a public energy utility knows why this will not be acceptable. Anybody who is faced with paying for the escalating costs of pharmaceutical goods sees why privatising health care is a fool’s paradise. Anybody who is watching the social and demographic impact of circular migration on sending and receiving countries, on families and communities, realizes why treating migrant workers as commodities to be traded is a tragic mistake.

The USA is playing a high stakes game. It is now playing with the future of the WTO.

Unable to reconcile corporate interests with development objectives, and unable to broker a deal in over a decade, the WTO’s credibility is taking a battering. Even the election of Brazil’s Roberto Azevêdo as WTO Director General earlier this year has failed to resolve these tensions. In Asia and Latin America, civil society is calling for an end to the WTO.

Until governments remember that trade is but a means to development – and not an end in itself – trade deals will become harder and harder to reach. And while they continue to be as offensive as this deal – it is not such a bad thing.

Rosa Pavanelli is a long time trade activist, and is in Bali this week for WTO and civil society discussions. She is the General Secretary of the global union federation Public Services International which represents 20 million public sector workers in 150 countries.