More than 150 PSI affiliate representatives participated in the International Labour Conference held in Geneva in June 2013. Here are some of their comments.

Video interviews on a variety of issues by PSI ILC delegates

"We are launching an international campaign for trade union rights of public sector workers that includes the protection of the ILO's supervisory mechanisms. We will work together with the ITUC and other global unions in the coming months to address the continued resistance of the Employers' group against the right to strike and the authority of the Committee of Experts.

“For the first time in 30 years, there is a review of public services collective bargaining. We must push for wider ratification and implementation of the Labour Relations (Public Service) Convention 151 and Collective Bargaining Convention 154. Further, we also believe it is necessary to raise the need for a convention on the right to strike for public sector workers.

“We ask the ILO to take initiative against the proliferation of precarious work in public services, which increases privatization.

“And we promote effective public services in the area of labour conditions, inspection and regulation – for example in tax collection and health and safety.”

“We want to lobby our government on Convention 151. While Chile is no longer among the top list of countries of concern, we say Convention 151 must be signed and ratified to prevent the arbitrary layoff of thousands of public service workers every year. We have no right to strike, but we must use the right. This particularly affects women workers – thousands of sisters cannot feed their families with the wages they earn.” 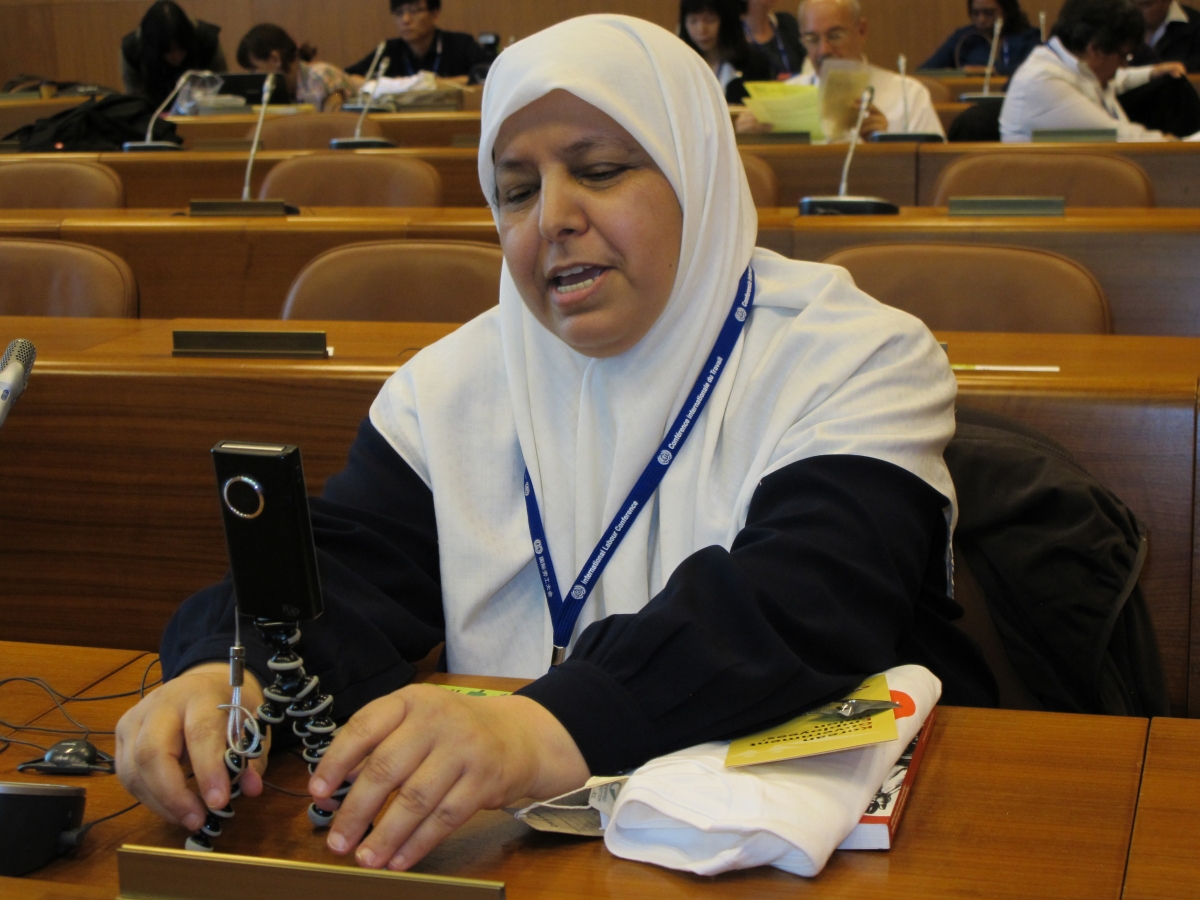 “I would like to congratulate PSI for organizing all of these side events for the first time at the ILC. This week we heard that our union president was demoted from the public service. He has also been harassed by the police. I have been harassed by the military. SNAPAP is the only trade union that organizes the unemployed and the precarious workers and youth.  People are very afraid of being harassed. We are one of the few autonomous unions left in our country. Trade union leaders are being attacked and killed. I invite all union brothers and sisters to support our struggle.” 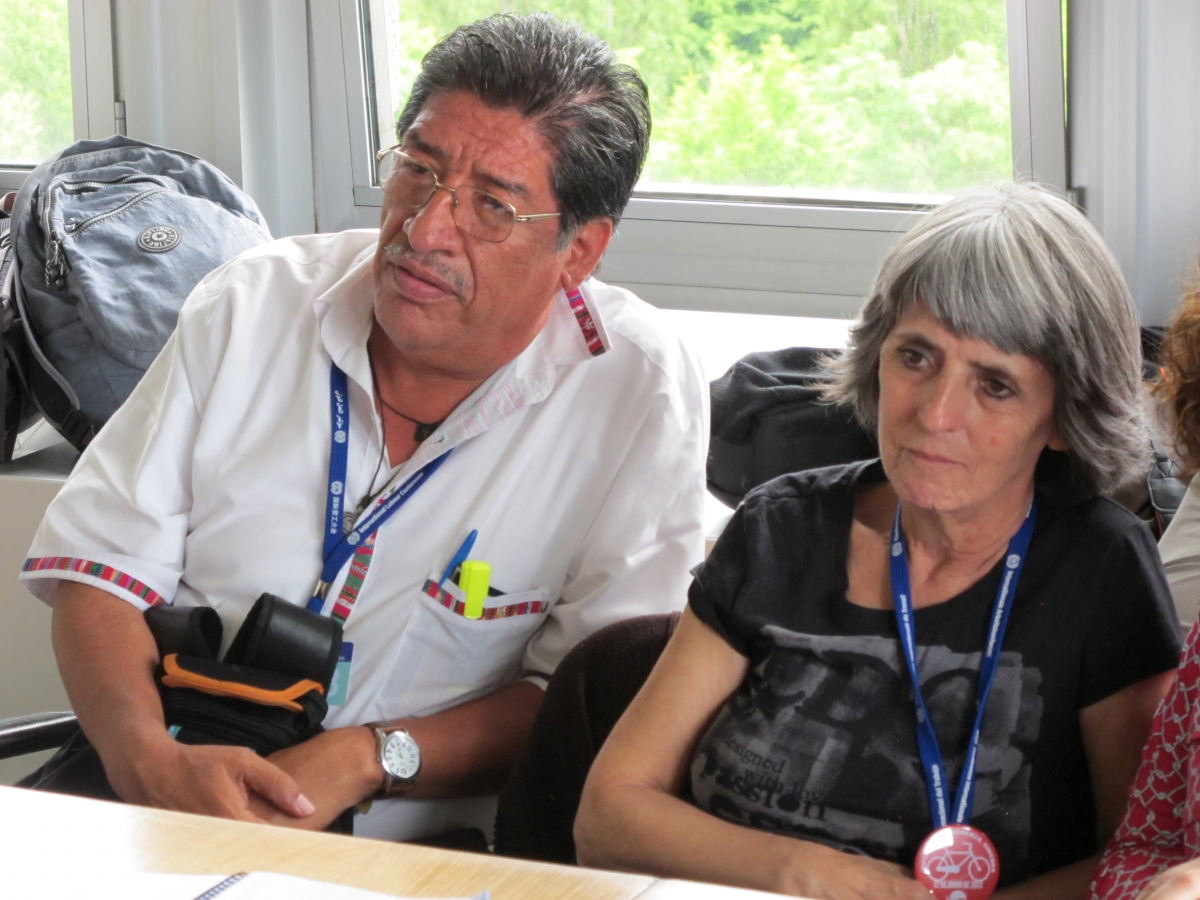 “We are very thankful to PSI for having opened the discussion space in this tripartite environment to talk about freedom of association. We have been menaced with death, suffered attacks, and a number of our leaders have been killed. We are all brothers and sisters, we are not numbers.

“Some of us as trade unionists are paying a high price to be a part of the labour movement, so we appreciate your solidarity. We are suffering a wave of violence – two more union leaders have been killed in recent months alone. We thank you for all the letters that PSI affiliates have sent denouncing the government and president.”

(Note: Affiliates are invited to join PSI leader Rosa Pavanelli in the PSI international solidarity mission to Guatemala in August 2013.)

“I commend PSI for organizing these very visible events, notably addressing the issue of corruption. Corruption is a scourge, and must be fought against for the benefit of all. I would be interested in contributing to a PSI international campaign on this front.”

Ivan Kokalov, Vice-President, Confederation of Independent Trade Unions and President, Federation of Health Care Trade Unions, Bulgaria: I would like to stress the need for the right to strike for civil service workers. I really support this. On the ILC discussion on ‘employment and social protection in the new demographic context’, we have strong arguments for the need for investment in the public sector as a precondition to achieve the targets including sustainable development and employment. PSI must have a strong voice on this.”

“In Buenos Aires, we have a saying that ‘everything has to do with everything’.  We suffered the neo-liberal attacks in the ‘90s, where companies were taking over providing services using public money. In South America, where privatization and outsourcing is a major problem, we are really dealing with indecent work, through lower wages and reduced working conditions – which is closely linked to instability and corruption. We haven’t been able to stop the attack from mayors as our employers though. Most workers do not have an agreement. We depend on the whim of public officers. It is very important for PSI affiliates to support the implementation of the ILO conventions and collective agreements.”

“Globalization has become like suicide. I welcome that PSI is defending the public’s interest and is taking on the fight against corruption. In South America today, because of the crisis, some people do not have any hope of work. But health and education are human rights, and we must defend these services.”