A cross section of young workers across PSI affiliated unions in French-speaking Africa converged in Cotonou, Benin, from October 31, 2018 to November 2, 2018, for a workshop aimed primarily to discuss PSI’s political agenda from the young workers’ perspective. 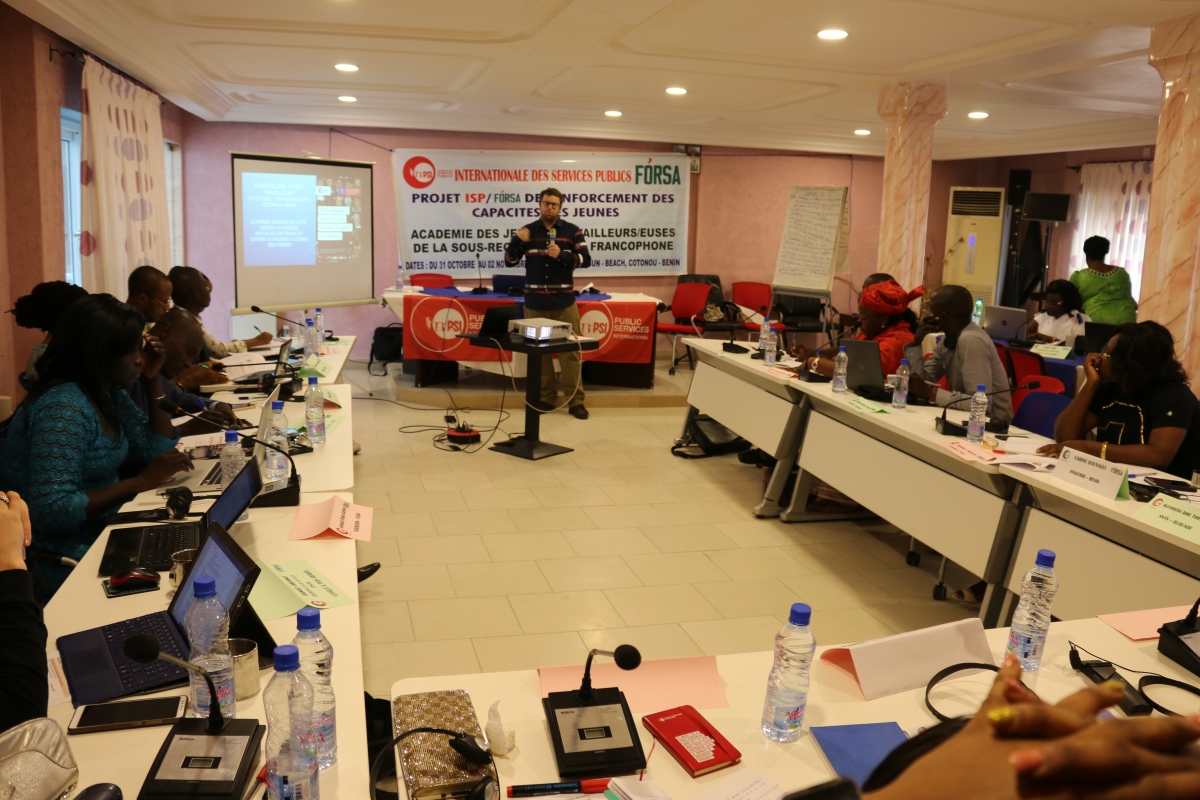 The Youth Academy, which is a PSI Pilot Trade Union School, is aimed at setting the approach and methodology for future schools that will be held in the regions from 2019.

Drawn from Senegal, DRC, Niger, Burundi, Benin, Chad, and Togo, the participants were taken through rigorous sessions of engagements, teaching and learning, as well as many group assignments, aimed at harnessing their perspectives on specific subjects.

Among the many subjects addressed during the three-day workshop were: 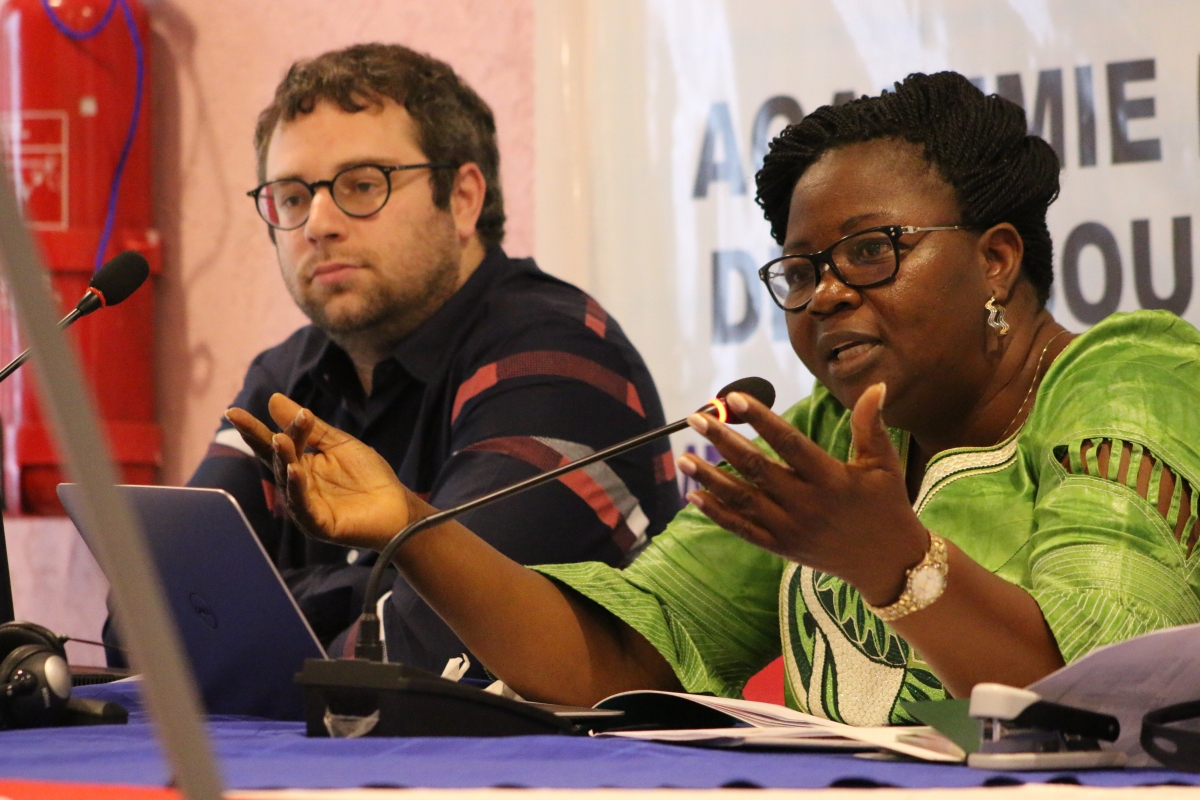 Objectives for the school were to: 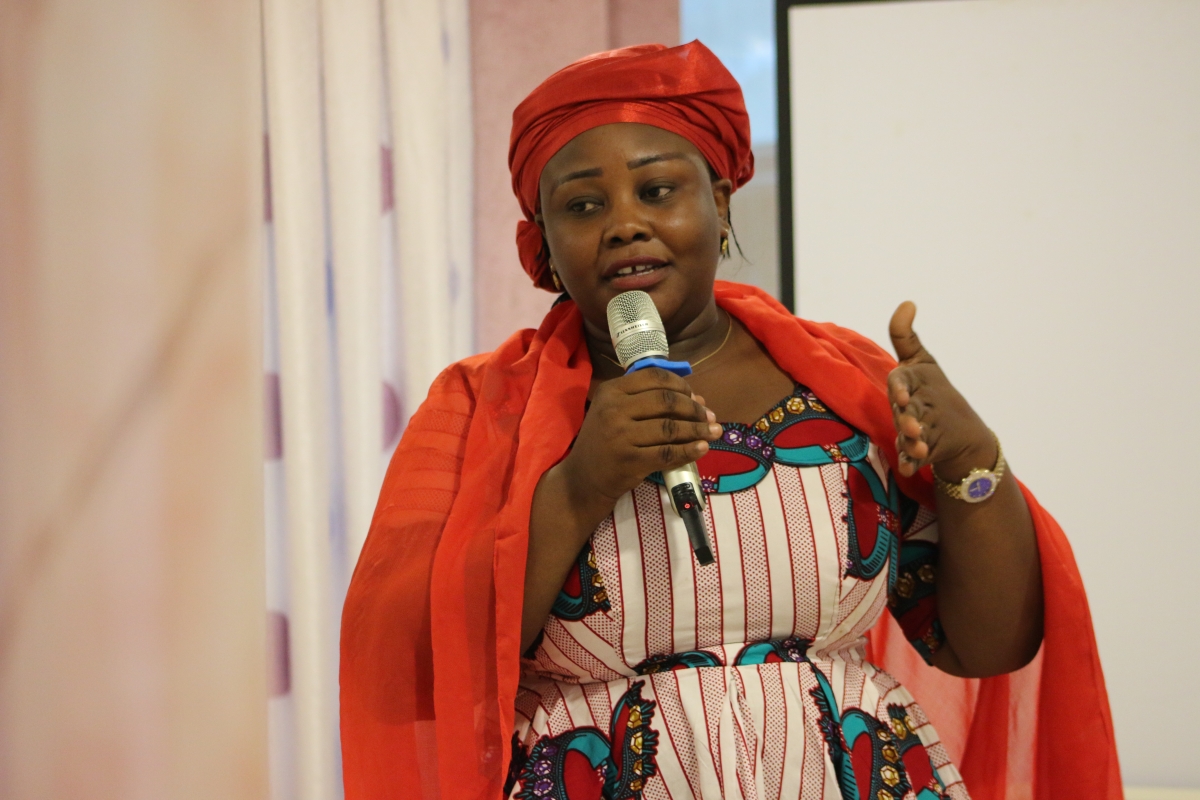 Issues of gender equity, gender parity and the inclusion of women in the labour movement, which are regarded as important elements of trade union work across the world, and even more importantly, among young workers, was broadly discussed. This session was led by Aubierge Glonou, a teacher by profession who also doubles as the General Secretary of L’Union nationale des éducateurs et éducatrices des écoles maternelles (UNAEEM). 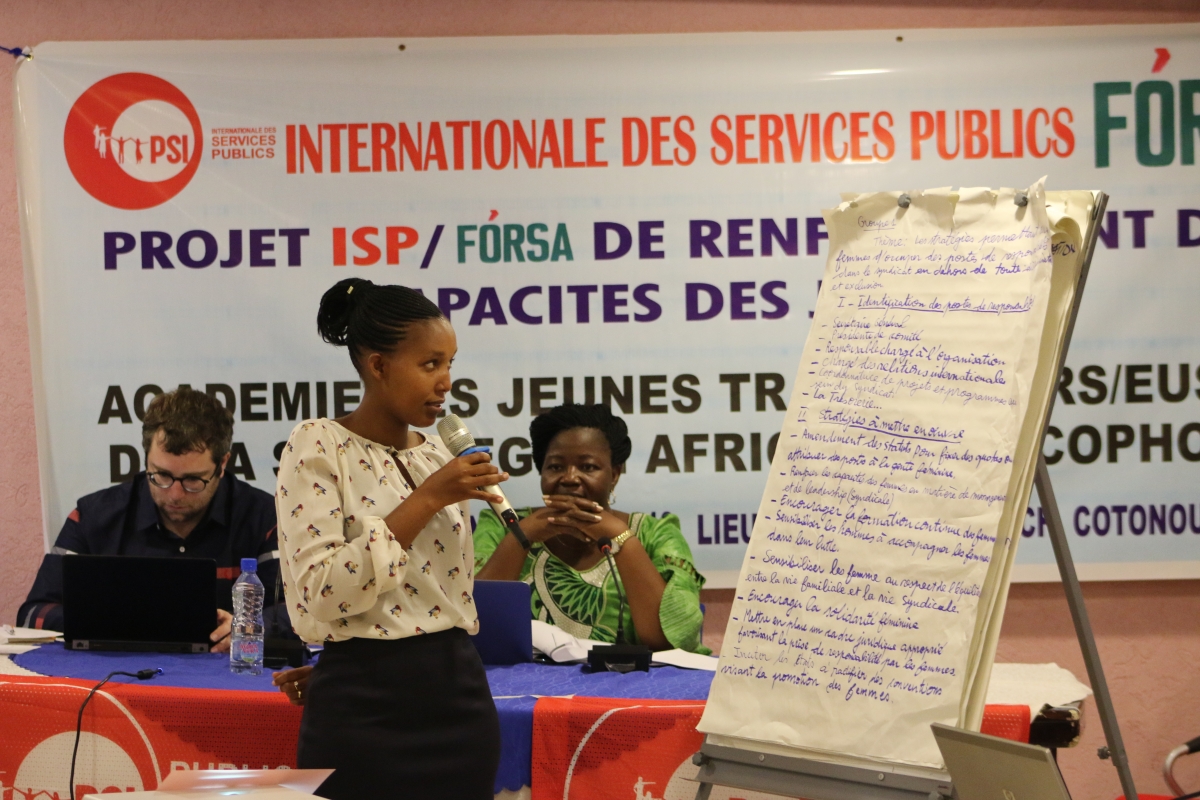 Sister Nadou Lawson, speaking on the quality of public service among unions and their workers, explained that quality service guarantees quality life, a thriving economy, sustainable growth as well as decent work.

She therefore urged the young workers to play watchful roles in their various places of work, drawing the attention of workers to any remedies they observe through awareness creation. She also urged them to ensure that they make these values a part of their daily lives so that they can effectively promote it.

Honorable ZOUNON Emmanuel, Secrétaire Général de l’UNSTB, spoke to the school on organising a trade union campaign. Among the techniques he elaborated on were:

Participants, following the workshop, shared their delight about the all that had transpired there, glad and hopeful that everything they had learned would bring new directions for them in their fight for better trade union work as well as for the improvement of the capacities of young workers around the world.