Water and sanitation are a human right 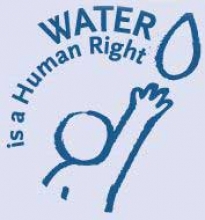 On 1 April the first European Citizens’ Initiative on water will be launched by a Citizens Committee fully supported by the European Federation of Public Service Unions. In all European countries our affiliated unions with its civil society allies are preparing for a campaign to promote implementation of the human right to water and sanitation.

We all need potable water and a safe system of sanitation. The United Nations have recognised the universal human right to water and sanitation, but still many do not enjoy this right. This right must be implemented within the EU. We believe that the EU has to implement the human right to water insofar as water and sanitation services are subject to European law (as a service of general interest), and that the EU must promote national implementation of this human right by setting binding targets for all Member States so as to achieve universal coverage in all EU Member States.

Secondly, we want the EU to change their mind-set from its current focus on competition and its completely market-based approach, to a public service attitude and a rights-based approach. Water is a limited natural resource and a public good fundamental for life and health. Water is a natural monopoly and must be kept out of internal market rules.

Thirdly the EU must set targets and provide a legal framework that promotes water operators in all Member States to use 1% of their turnover for water operator partnerships in developing countries. The final objective is to achieve universal access to good quality public water supply and sanitation.

On 26 January the European Commission held a conference about the European Citizens' Initiative (http://www.euractiv.com/future-eu/ef-ovi-citizens-initiative-bridge-euro...). European Commission Vice President Maroš Šefčovič told the audience that he is confident that the  Citizens’ Initiative, one of the new democratic tools pushed forward by the Lisbon Treaty, will bring Europe closer to its citizens and create a "genuine European public space".
The European public services unions are determined to take up the challenge and to be the first to collect one million signatures in the EU-27 countries for this human right. But we will also campaign in other European countries to show that this is not only an EU-27 issue; this is a global issue. We make the same demand as to the EU-27 to all European and EU-neighbourhood governments where EPSU organises workers in public services.

"Water and sanitation are a human right!" "Water is a public good, not a commodity!"