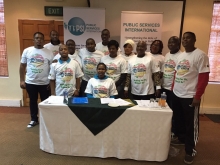 17 young workers coming from five PSI affiliates in South Africa were keen to deepen their understanding on the various aspects of the programme of action (POA), namely: education and organising; campaigns and awareness; research and information and international solidarity and exchange.

From the 07th – 09th April 2016, the Young Workers of South Africa had a national workshop dubbed, the 1st National Workshop, held at the Booysen’s hotel in the South of the city. The workshop is the first of its kind within the line-up of activities for the South Africa Young Workers Project called ‘Strengthening the Role of Young Workers in Public Sector Trade Unions in South Africa’.

As capacity-building is one of the key aspects of the project, it recognises that in the conduct of leadership development there is need for the knowledge and skills base of these young leaders to be deepened. Indeed, the theme of the workshop was: “Deepening the knowledge and skills base of young workers as a necessary precursor to enhancing their role and amplify their voices within workplaces, public sector unions and the broader community”.

Fresh from a planning meeting in February, the young workers came into this workshop with all the enthusiasm necessary for the vibrant debates and discussions that were to characterise the workshop to its logical end.

Coming from five of the affiliates of PSI in South Africa, the 17 young workers were keen to deepen their understanding on the various aspects of the programme of action (POA), namely: education and organising; campaigns and awareness; research and information and international solidarity and exchange. Of particular interest to them was how all these important aspects of trade union work coexist, interlink and complement each other in practice. 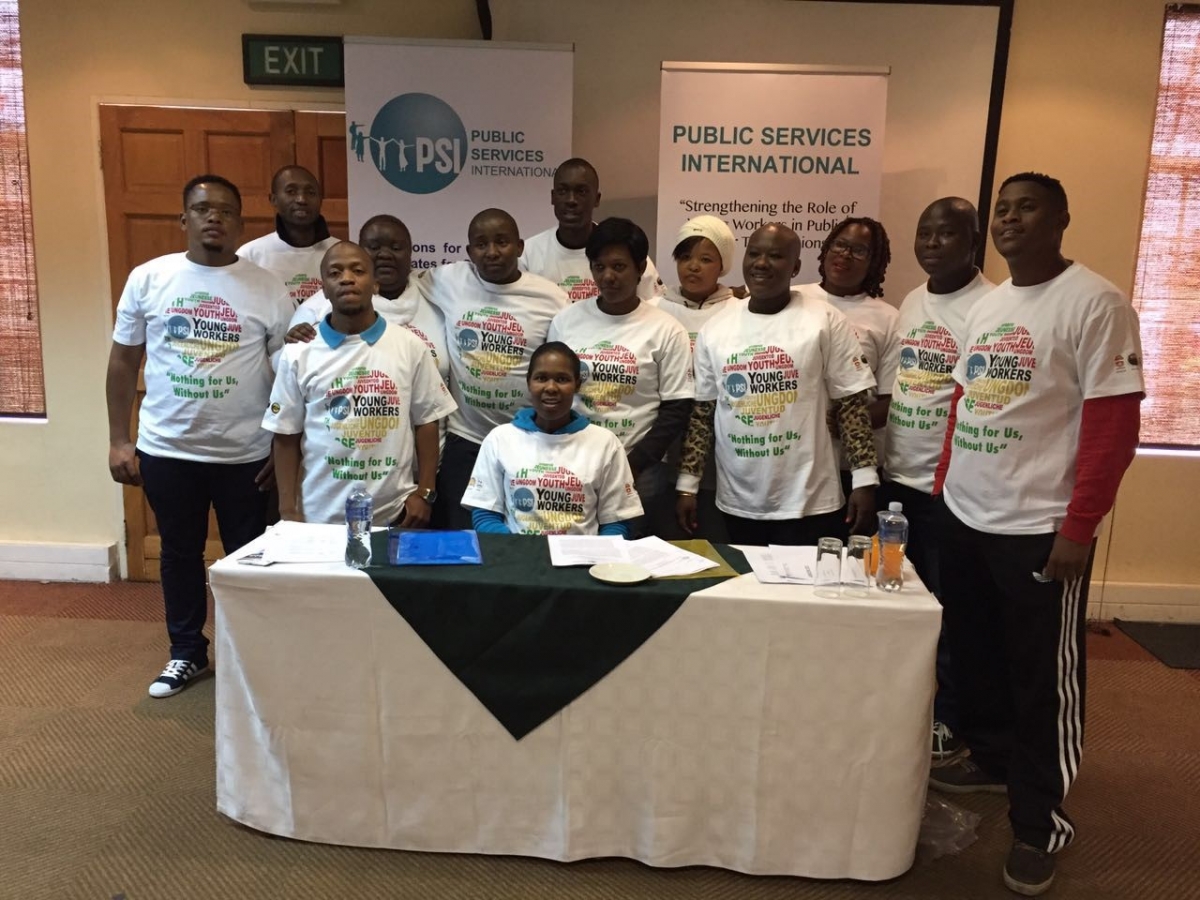 Young Workers pose for a group photo after the workshop

Call to the Young Workers

Of significant value to the opening of the workshop was the keynote input by the General Secretary of NUPSAW, Success Mataitsane, whose address focused on the “Identifying the specific roles of young workers in the public sector trade unions in the current context in South Africa”.

We encourage the youth of today as the older generation of the trade union movement to take us on; to remind us of what the trade union movement stands for. The strategic advantage of young people is that they are not trapped in the historic differences and issues with their peers the way the older generation is amongst itself; so they should create the basis for unity today. 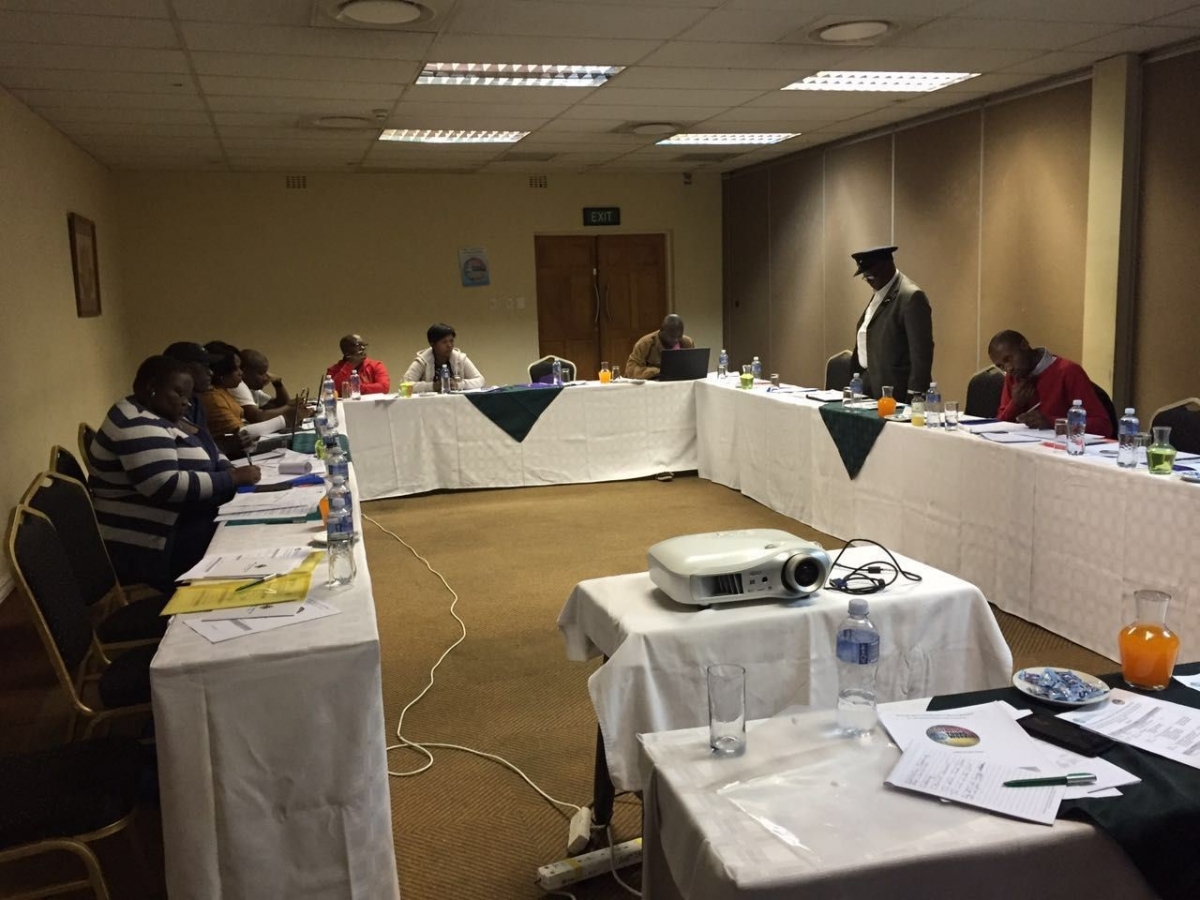 General Secretary of NUPSAW making his keynote input to the workshop

The topic of the presentation was “Building A Strong Network of Young Workers in the SADC Region for improved International Solidarity and Campaign Work”, presented by International Secretary of COSATU, Bongani Masuku. He highlighted the fundamental challenges plaguing Africa, which include underdevelopment, poverty, joblessness, disease, amongst the key ones.

He firstly identified the role of public sector trade unions in pursuing the creation and establishment of the developmental state. This state, he emphasised is the kind of state that would usher in the aggressive pursuance of the industrialisation of and job creation in Africa, which are the key cornerstones of Africa’s development. The state, therefore, plays a pivotal role in the developmental agenda. In that sense, even the private sector should be subjected to the developmental agenda advanced by the state, and they (private sector) should play a meaningful role in supporting the advance of the agenda. He identified four areas of focus that are primary and that PSI Africa and Arab region could consider taking up aggressively forward, namely: 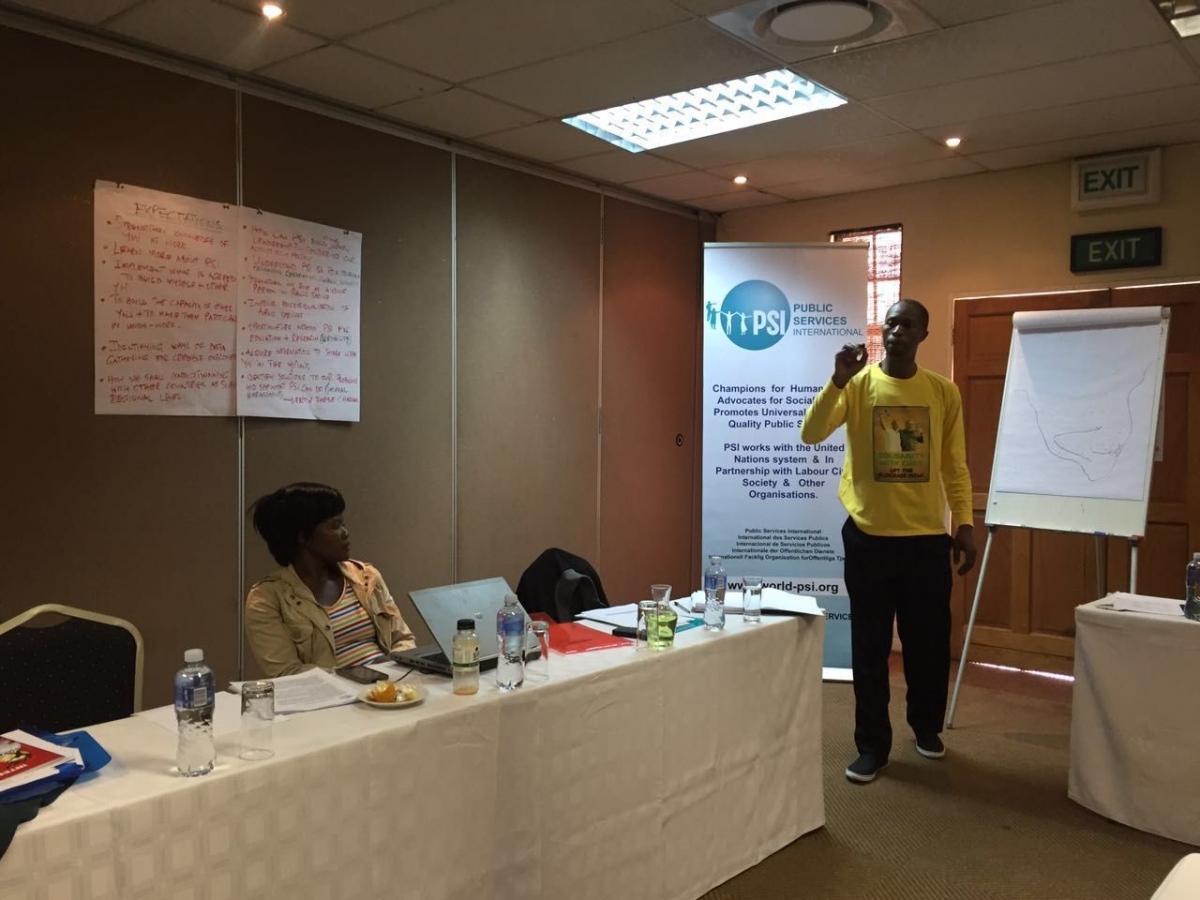 Young workers asked themselves the key questions in this workshop, namely:

a. How is our organising as young workers in the current context of South Africa going to be structured in order for it to effectively achieve our intended aims and objectives?

b. How is research going to help our work of education, organising and campaign-work?