More than 60 representatives of trade unions and civil society groups attended the first regional public symposium on fair and ethical recruitment on 10 January 2017 in Davao City, Philippines. The regional roll-out of the PSI No Recruitment Fees campaign took place during this event.

On behalf of the Office of the City Government of Davao, Mr. Philip Nidea welcomed the participants and lauded PSI’s efforts to protect migrant workers. The city government also expressed their support to abolish the practice of collecting recruitment fees from migrant workers.

“The City Government recognizes the important role of migrant workers in the progress of this country. The fact that there is a Filipino in almost every country in the world is a testament to our resiliency and adaptability. But before we allow Filipinos to try their luck outside the country, we also have to protect them from recruitment and employment practices which add to their troubles,” said Nidea.

Ms. Maria Agdamag, head of the Philippine Overseas Employment Administration (POEA) – Regional Center for Mindanao shared about the recruitment issues and challenges in the migration of Filipino workers and also expressed her support for PSI’s No Recruitment Fees campaign. 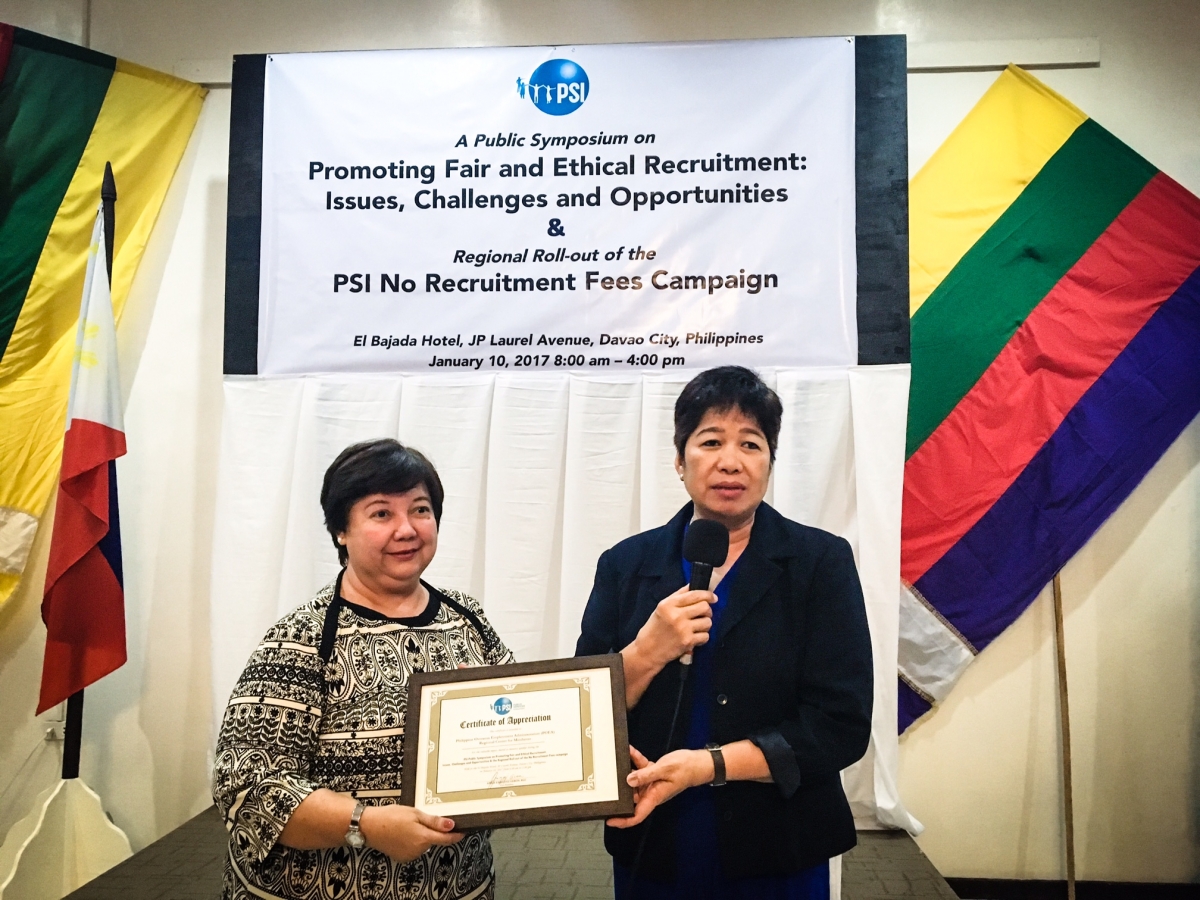 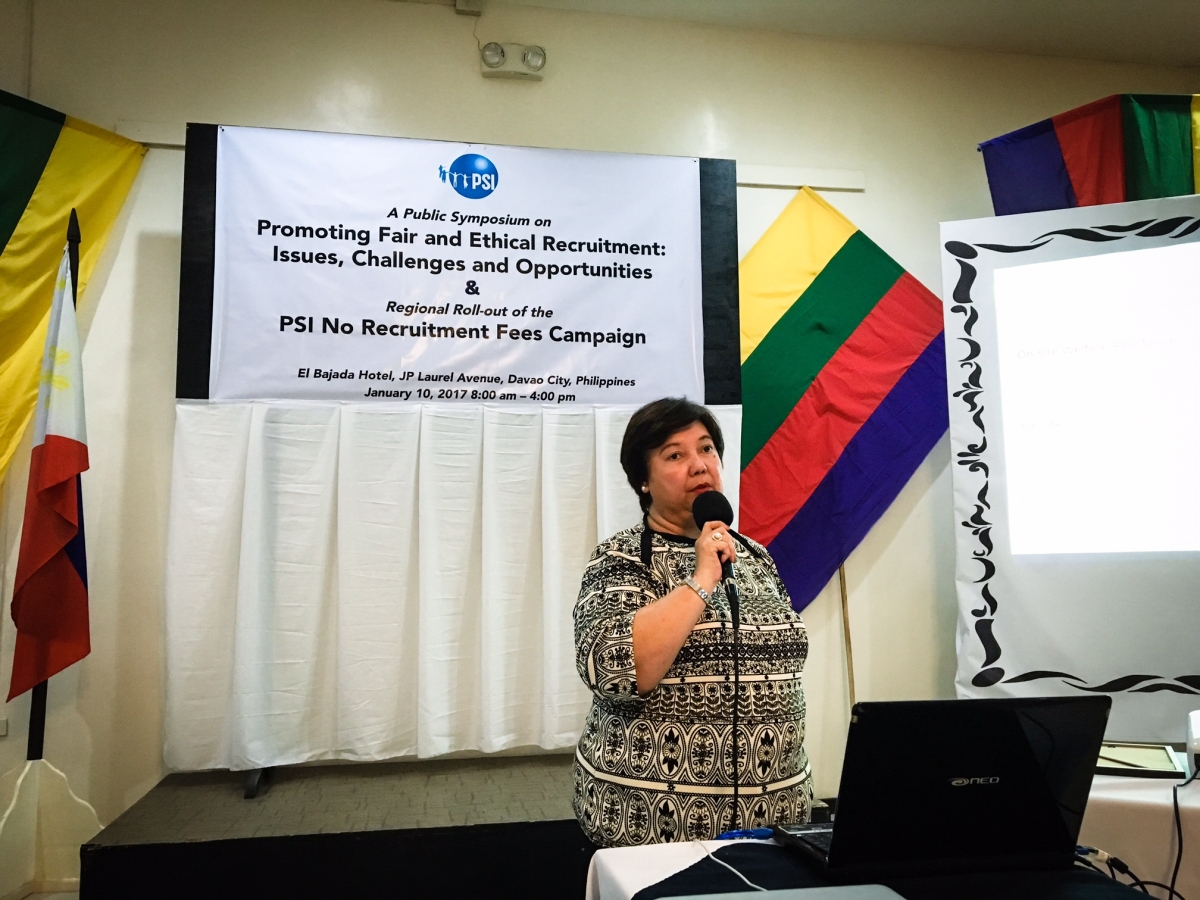 Ms. Annie Geron, PSI Vice President for Asia Pacific, expressed hope that PSI can popularize the No Recruitment Fees campaign with the support of local governments.

“Local governments play a big role in stamping out illegal recruitment,” she said. “They are at the frontline of service delivery. Many workers rely on local governments for migrant information and other support services. We also have strong public sector unions in local governments. We are very happy that the Davao City Government is very supportive of the NRF campaign,” she said. 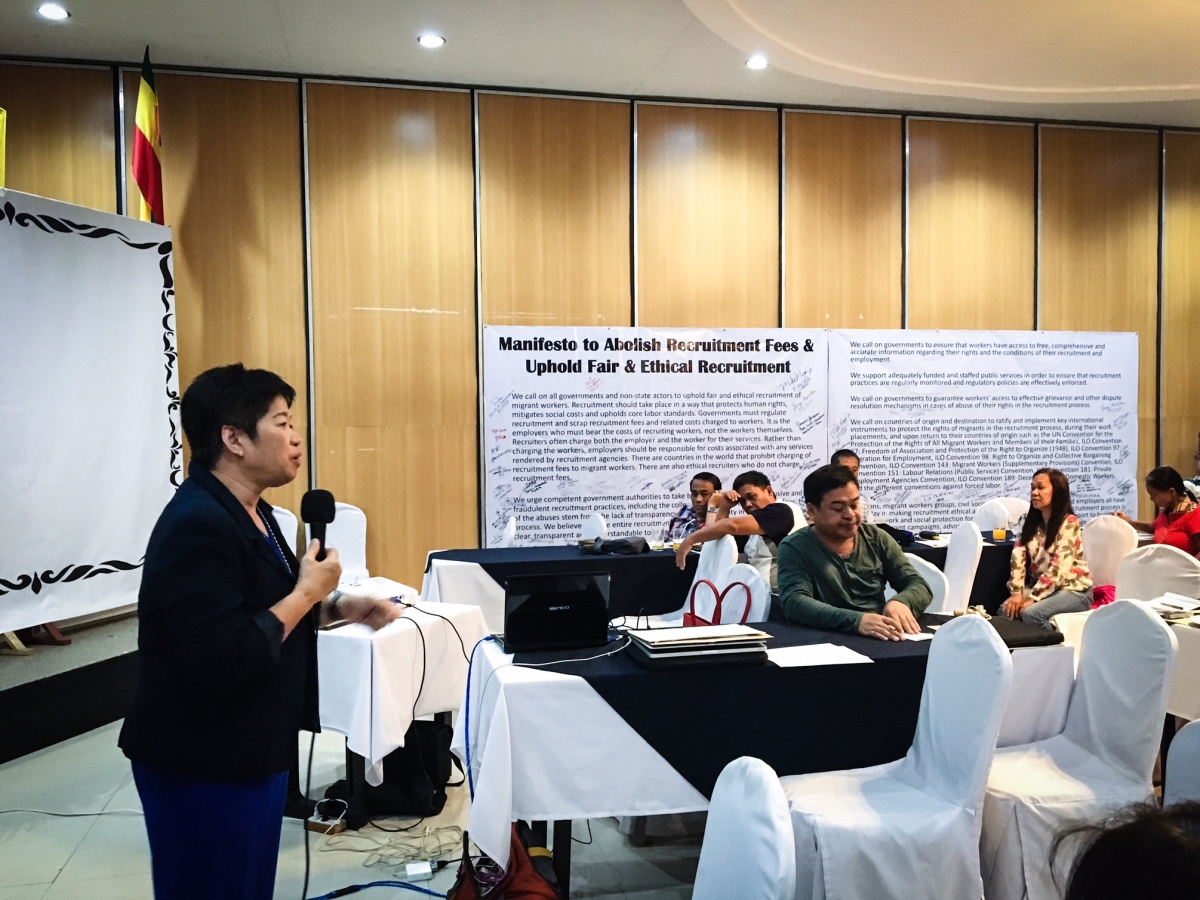 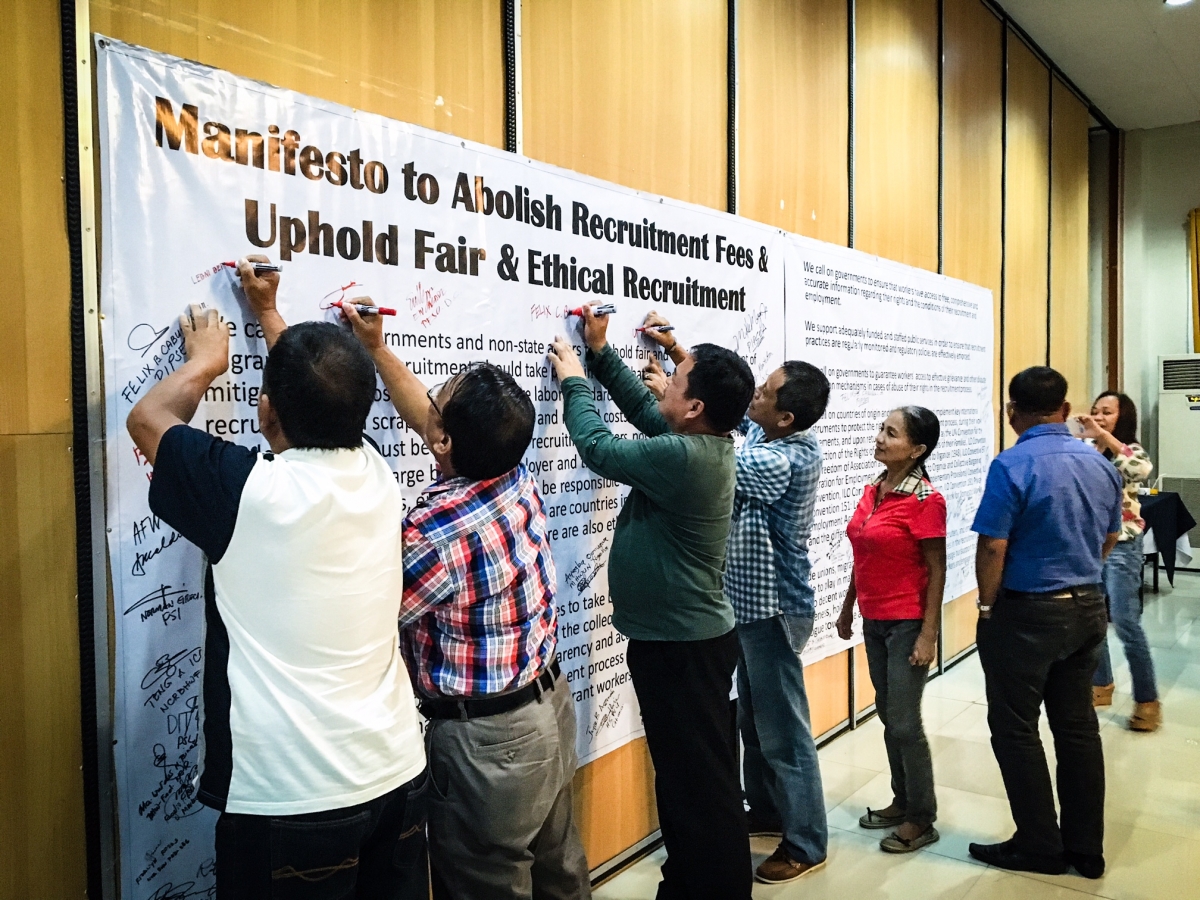 Ms. Jillian Roque, Advocacy and Research Head of PSLINK, led the launching of No Recruitment Fees campaign. She described the objectives of the campaign and gave a quick background of the different materials produced including the posters and videos. The 1-minute campaign ad and the whiteboard animation video were shown to the audience. The Manifesto was read and a signing ceremony was conducted where all the participants expressed their support to the PSI No Recruitment Fees campaign by signing the manifesto printed on a huge tarp.

“For the No Recruitment Fees campaign to be more effective we really need to bring down the campaign to the grassroots and involve the local governments,” said Ms. Roque. “The charging of recruitment fees is an issue that directly affects many jobseekers and migrant workers. If we are successful in stamping out recruitment fees we can really make a positive difference in the lives of migrant workers and their families.”