In September last year, PSI affiliate Fagforbundet signed a local tripartite cooperation and dialogue agreement to shape an inclusive strategy for the digitalisation of public administration services in Norway. The agreement commits the social partners to engage in social dialogue and active worker participation in shaping the processes and policies that will accompany the roll-out of digital services in Norwegian municipalities.

In September 2017, PSI affiliate Fagforbundet (the Norwegian Union of Municipal and General Employees), the Norwegian Ministry of Local Government and Modernisation and the Norwegian Association of Local and Regional Authorities, the national association of Norwegian municipal and local government employers, signed a local tripartite cooperation and dialogue agreement[1]  to shape an inclusive strategy for the digitalisation of public administration services in Norway.

The agreement commits the social partners (local administration employers and trade unions, as well as central government) to engage in social dialogue and active worker participation in shaping the processes and policies that will accompany the roll-out of digital services in Norwegian municipalities. The objective is to pilot and create a shared understanding of the organisational changes digitalisation implies, while ensuring that these are designed and carried out in a way that also takes workers’ concerns, experience and health and safety into account – besides governments’ and service users’ expectations - and occurs within a social dialogue framework.

Such approach meets Fagforbundet’s view that worker involvement and access to training are critical factors if public administration digitalisation is to succeed.

“Social dialogue and consideration for municipal workers’ know-how and experience are key to achieve quality digital services in our municipalities,” said Fagforbundet’s President Mette Nord at the signature of agreement. 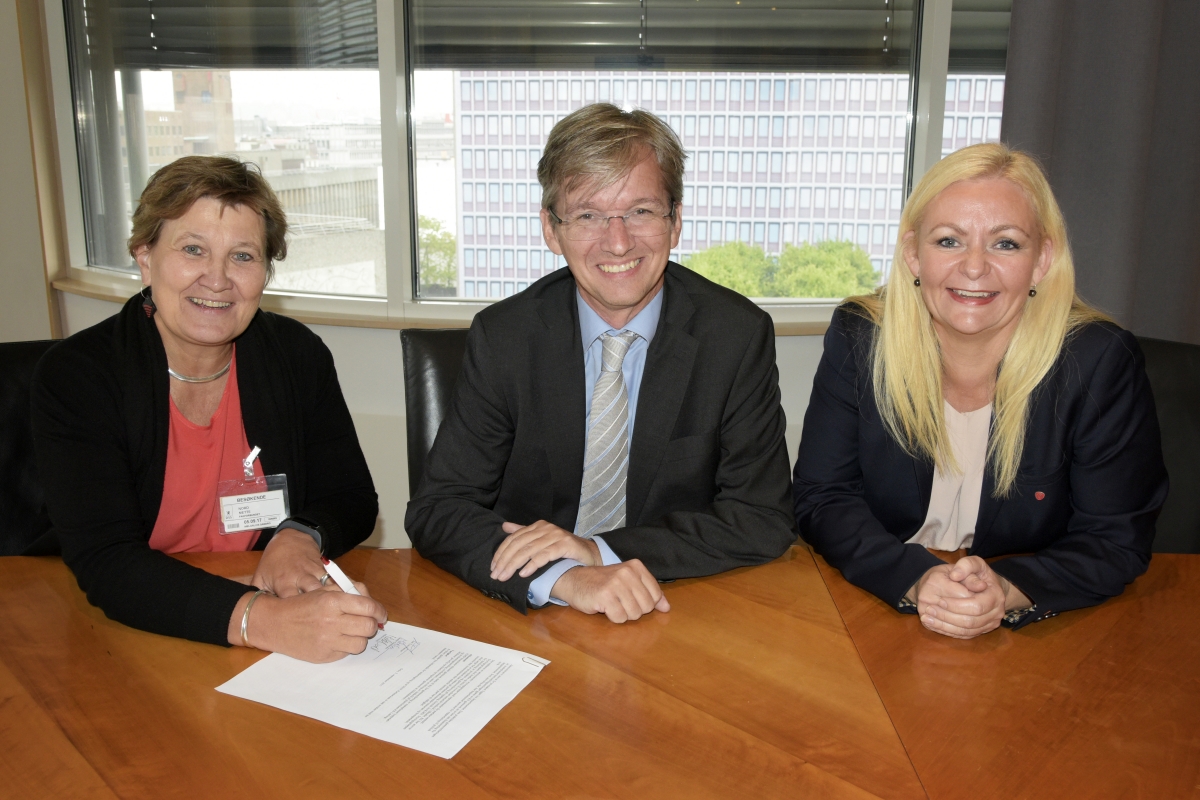 From left: Mette Nord, President in Fagforbundet; Paul Chaffey, State Secretary in the Ministry of Local Government and Modernisation; Mette Gundersen, Deputy President in the Norwegian Association of Local and Regional Authorities.
Photo: Per Flakstad/Fagbladet

The tripartite agreement highlights that digital transformation implies more than just introducing new technology in public services: it brings about significant changes in work processes and new forms of work organization and service delivery, with tangible consequences on both employers and workers.

Among the expected outcomes is the ability for social partners to collect, analyse, access and disseminate relevant knowledge and lessons learnt from the observation of the impact of the introduction, in the coming years, of digital technology in Norwegian municipal public services on service quality and delivery, on government and users, and of course on the workforce. The initiative will directly involve the public administration leaders, workers and their trade union representatives, as well as local politicians.

The pilot initiative will last until the end of 2019. Funded with about 300 000 EUR (NOK 3 million) by the Norwegian Ministry of Local Government, it involves almost 70 municipalities, which had to apply to take part, committing to adopt local tripartite social dialogue and cooperation as the framework for the introduction of digital technology in their local government services. The municipalities will be actively supported via training and learning tools and will be able to network and learn from each other’s experiences on a regular basis.

A digital platform that will gather the experience and lessons learnt will be made available to all Norwegian municipalities, regardless of their participation in the initiative. Such a platform will consist of articles, videos, documents, and other relevant tools to facilitate an inclusive public service digital transition, such as information on privacy regulations and good practices on the successful introduction of digital technologies in local administrations.

A recent survey revealed that a majority of Fagforbundet’s members believe that new technology will help them deliver better public services. The results appeared in a report published by the Agenda think tank, titled “The robots are coming – what is the public sector’s response?” published in October 2017. The survey was distributed among 170,000 of the more than 350,000 Fagforbundet’s members in municipal services, and received a response rate of 33,000. The professional background of the respondents was balanced, and ranged from public buildings cleaners to health and social care workers, and also included municipal management administration workers. 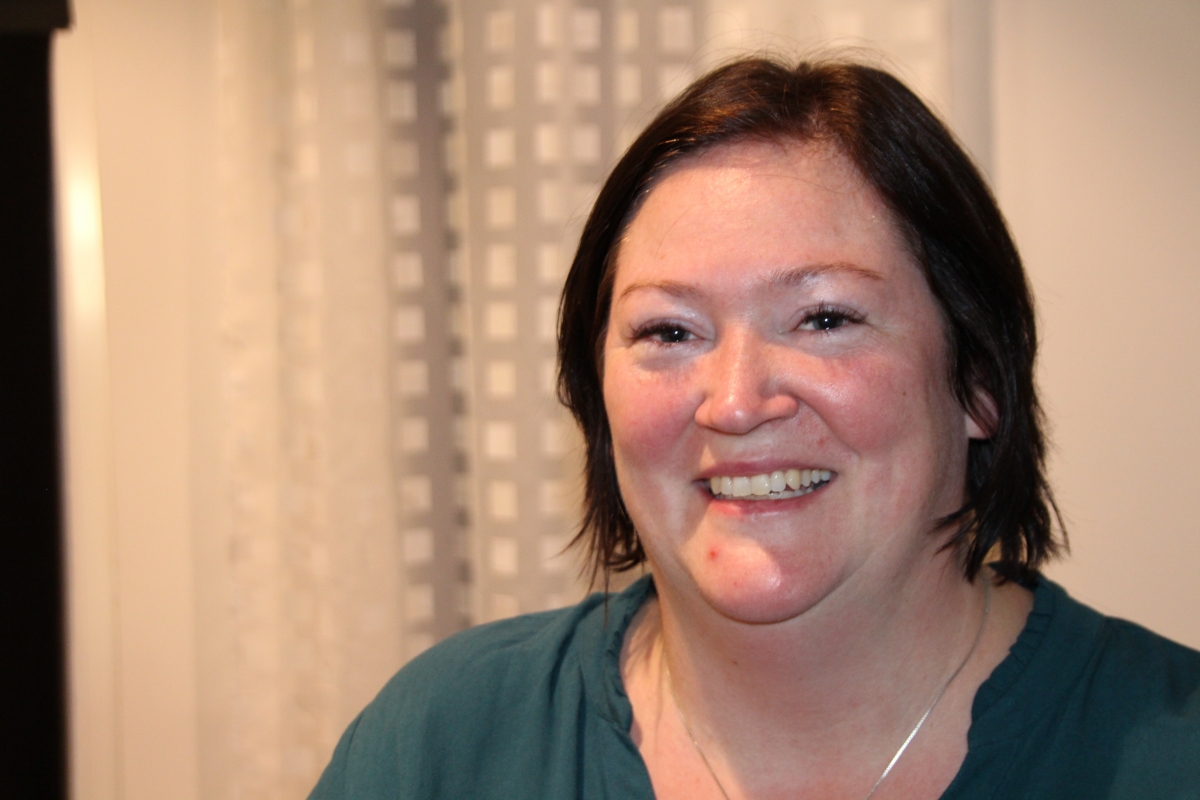 “The survey confirms our impression that employees are interested in new technology and that they wish to have access and learn how to use new digital tools at work,” said Hege Terese Olsen, Fagforbundet’s shop steward.

The survey also showed that 80 percent of the respondents were willing to acquire new skills to enable them to carry out their work in new ways encompassing digital technologies. However, only 35 percent answered that their workplaces had adequate training systems and facilities for public sector workers. Only 38 percent answered they had received sufficient information prior to the introduction of digital technologies at their workplaces.

“The report busted the myth that municipal employees are sceptical about new technology, and showed the importance of enabling workers to take an active role in workplace digitalisation processes,” Olsen added.

The tripartite initiative will be launched on 5 March 2018 in Oslo with a public debate titled: “The future is digital – what implications for our municipalities?”. Each participating municipality will take part with a tripartite delegation of at least five people. Fagforbundet’s President Mette Nord will open the conference.

[1] “Local tripartite cooperation” in Norway is defined as a constructive dialogue and cooperation among social partners local politicians, administrative leaders and trade union representatives. The aim is to develop a culture of cooperation in the municipal sector to provide good public services, create quality employment in local communities and secure good working conditions for all.