A Financial Transactions Tax for the future we want 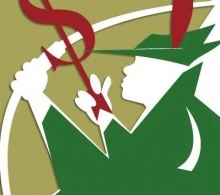 Rio de Janeiro – 22 June 2012: The United Nations Conference on Sustainable Development, known as RIO+20, has taken place at a critical moment. The G20, meeting almost simultaneously, has not shown enough collective will by the world’s major economies to resolve the economic and financial turmoil we face. Member states of the European Union are facing a crucial test of their leadership in overcoming the financial and debt crisis. They are being called to choose whether or not to adopt a FTT for human and sustainable development. A positive answer could lead to a fairer and more sustainable future for the EU and contribute to sustainable human development worldwide.

The FTT can help address many of the challenges at hand. It can contribute to economic stability, reducing hot capital flows that fuel speculation and drive instability both in the financial markets and in prices of essential commodities like food. It is time for the financial sector to pay for the responsibility they bear in contributing to the crisis that is steadily increasing the social and economic vulnerability of millions of people. The revenues of a FTT would generate hundreds of billions of dollars per year.
Our message is clear: world leaders must commit to implement the FTT to fund decent sustainable jobs, tackle poverty and inequality, advance public services such as health and education, and strengthen global action against climate change.

Today, FTTs are implemented in more than 30 countries. On different occasions, political leaders from –among others- France, Germany, Spain, Brazil, Argentina, Norway, Finland, Ethiopia and South Africa have stated their support for the FTT. Most have also affirmed that a good proportion of FTT revenues should be used to tackle development and climate change challenges. In doing so, they reinforced proposals on FTT need and use from the Leading Group on Innovative Financing for Development, a unique multi-stakeholder platform for consensus building on the implementation of innovative financial mechanisms for development.

We are concerned that the FTT is not at the top of the global political agenda. Even where there are serious discussions on its adoption, as in the case of the European Union, there are risks that FTT revenues will neither be used for social expenditure nor development and climate change, which is worrisome. In the outcome document of Rio+20 too we see no mention of the FTT. We need to move from good intentions towards clear action.

We, representatives of citizens and civil society, demand that world leaders no longer turn a blind eye to the potential of financial transactions taxes to contribute to a better world for ourselves and future generations. We have come out in large numbers: in Brussels during EU summits; in Nice and Cannes during the G20 in 2011, in Chicago during the G8 in 2012 and now at Rio+20 demanding that our governments implement the  FTT for human and sustainable development.

Popular support for the FTT, also known as the Robin Hood Tax, is growing as a movement around the world – involving thousands of social justice, human rights, environmental, health, trade union, development and faith-based organizations. Further, it is significant that yesterday, on June 21st, 52 financial industry leaders released a public statement in support of financial transaction taxes.  Also this week, the President of the EU Commission, José Manuel Durao Barroso, has stated his support for the FTT as a means to fund sustainable development. According to a new global poll commissioned by the International Trade Union Confederation, two-thirds of people in 13 countries support a financial transactions tax. The Robin Hood Tax campaign has been launched this week across the United States, in parallel with the Robin Tax for a Sustainable World events here in Rio.

The hopes and future of billions of people worldwide are at stake at this moment. World leaders must seize this opportunity to ensure a more equitable, greener, healthier and prosperous world for all. We call upon the Leading Group to maintain and advance their work towards the implementation of the FTT for a sustainable world.  It is time to give the people of the world hope in the form of realizable solutions that link equality, sustainability and economics. This is the future we want.