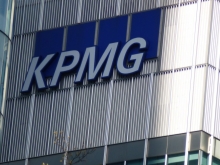 PSI affiliate, the Association of Canadian Financial Officers (ACFO) representing more than 4,500 government financial officers has lodged two formal complaints of professional misconduct against accounting firm KPMG over its work in setting up offshore tax structures on the Isle of Man.

The Association of Canadian Financial Officers wants the Ontario and Quebec chapters of the self-regulating Chartered Professional Accountants, or CPA, to assess KPMG’s behaviour against the profession’s code of conduct, bylaws and regulations.

The complaints — filed Friday but dated May 12 — cite a 1999 confidential Tax Court of Canada memorandum on KPMG’s alleged role in tax sheltering for wealthy Canadians using an Isle of Man company.

“We believe that providing this type of service is contrary to the profession’s reputation for competence and integrity,” says the complaint.

“These actions go well beyond the establishment of individual reputations; it affects the public perception of the chartered professional accountancy profession as a whole.”

The letters, signed by ACFO interim president Dany Richard and vice-president Richard Rizok — both of whom are CPAs — request that the Quebec and Ontario organizations “review and investigate the professional and ethical standards of KPMG LLP ….”

About 2,500 of the ACFO’s 4,500-plus members are chartered professional accountants, working in some 65 federal departments and agencies. The union does not represent Canada Revenue Agency accountants.

KPMG issued a statement in response to a request for comment on the complaint, calling it defamatory “nonsense.”

“All tax planning undertaken by KPMG has always and continues to meet the requirements of all Canadian and provincial tax laws. We know that any review will conclusively demonstrate that KPMG’s people acted with the highest integrity and respect for the law at all times. To suggest anything else is defamatory.”

The complaints come a week after KPMG partner Gregory Wiebe was called before a parliamentary committee, where he testified that the Isle of Man tax scheme complied with the laws of the day and that the accounting firm no longer offers such services.

However, the fallout from the tax scheme continues, with the CBC reporting earlier this year that 26 KPMG clients had been offered amnesty by the Canada Revenue Agency in May 2015 if they paid back the taxes deemed to be owing.

Scott Chamberlain, the general counsel for the ACFO, said public sector financial officers are concerned about tax avoidance “because we know, in the end, tax revenue supports the public services we deliver.”

As for KPMG leaving the Isle of Man tax shelter scheme behind, Chamberlain said that’s not the point.

“With all due respect, whether that’s true or not is really irrelevant. If you’ve committed a crime, as is alleged, or if you’ve made an ethical breach, you don’t just get to say we’ve changed our ways with an investigation,” said the ACFO lawyer.

Chamberlain said KPMG is owed its day in court, or its defence of ethical questions before a professional tribunal, “but you don’t just get to take a pass on the repercussions of those activities.”

Dany Richard, the acting ACFO president, said in an interview the ethics complaint puts the ball squarely in the court of the Chartered Professional Accountants association.

“I would like CPA to let us know, what’s their position on this? Are they willing to look into the matter?” said Richard.

“The credibility of the association has been impacted by this. I expect them to investigate and say, ‘OK, are there things here that don’t pass the smell test?”‘

The union said the CPA had not responded to their complaint Friday and the CPA could not immediately be reached for comment.