The End of Water Privatisation? 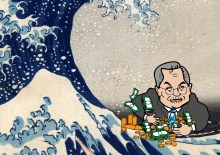 Across the world, a wave of remunicipalisations has delivered water services back into public hands, often after decades of private mismanagement.

Yet the United Nations and many governments still seem convinced that we need Public-Private-Partnerships (PPPs) and private finance to achieve the Sustainable Development Goals (SDGs).  They remain deluded by the false promises of PPPs, even as the evidence of the crisis of privatisation is mounting. 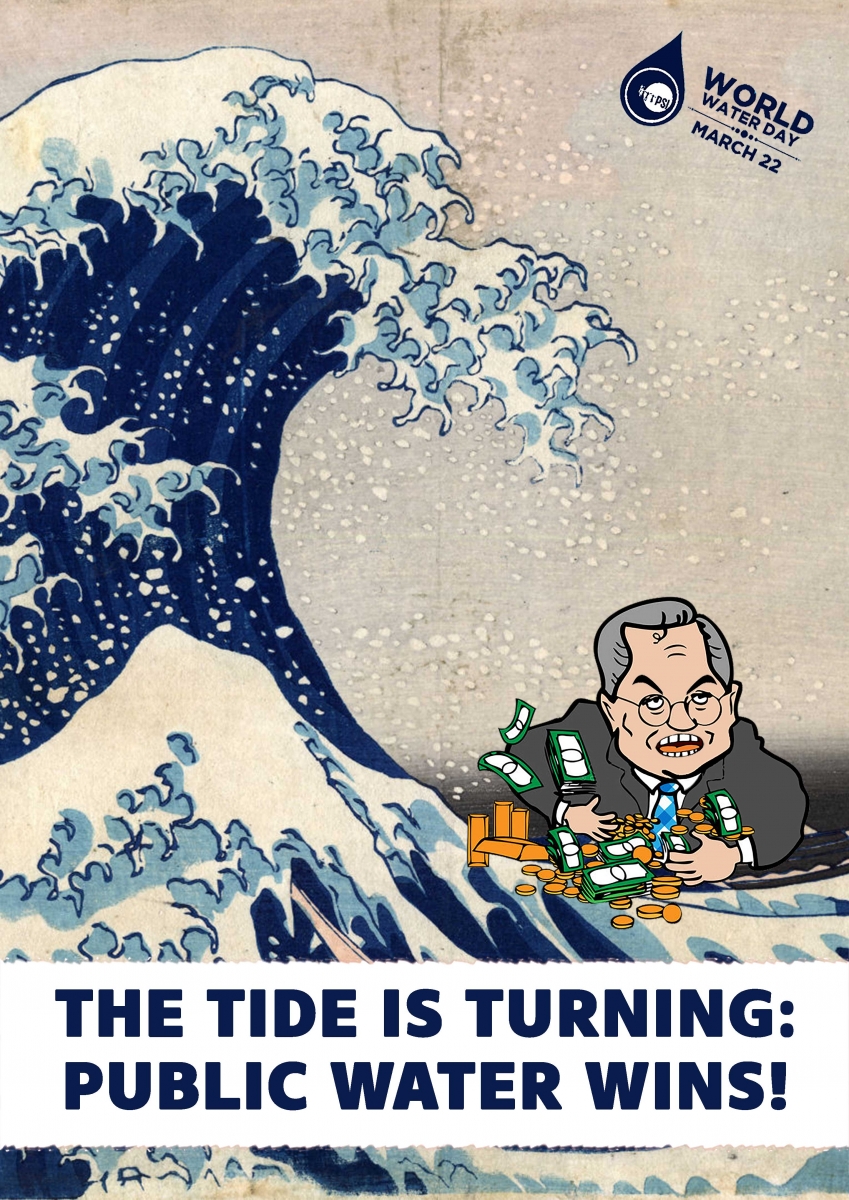 Just look at the meltdown of many privatisations in the UK: even the Conservative Environment Secretary Michael Gove is chastising the behaviour of privatised water utilities. He recently highlighted how tariffs are too high, financial manipulations and tax avoidance are endemic, shareholder dividends swallow most of the profits, and CEOs pay themselves exorbitant salaries.  And this from the party of Margaret Thatcher.

A recent report published by Public Services International and the Transnational Institute shows that since 2000 there have been at least 235 cases of water remunicipalisation in 37 countries, affecting more than 100 million people. So what’s driving this trend?

The motivations for ending privatisation in the water sector include cost savings, improved quality of service, financial transparency, and regaining operational capacity and social control.  Environmental objectives, such as speeding up renewable development or reducing waste are other key drivers. And of course, providing social tariffs for low-income households (where many families cannot afford the high utility bills) is another key reason.

Furthermore, there’s mounting empirical evidence that remunicipalisation across the public sector makes economic sense. The termination of transport PPPs in London resulted in a £1 billion reduction in costs, mainly through the elimination of shareholder dividends and legal fees. In Canada, after the Government decided to build four schools via public provision rather than through PPPs, the savings were enough to build an entire new fifth school.

Yet the unfortunate reality is that over one billion people remain without access to safe water. In 2015 the UN endorsed universal access to water by 2030 as one of its Sustainable Development Goals.  How can we ensure our public water operators are able to deliver?

We need to demand a fairer global tax system, so we can invest in essential infrastructure such as modern water utilities. Failure to do so can lead to devastating consequences such as in Flint, Michigan where cost-cutting paired with a hefty corporate tax cut led to the poisoning of thousands of (mainly poor) people.  Another key step is to remove public services from trade deals, which often dissuade or penalize governments for acting in the public interest.  Finally, Public-Public Partnerships between water utilities can assist in sharing of both best practices and resources.

The turning tide in the privatisation debate is welcome news to workers, unions and the wider public. Now we need to convince global leaders to go with the flow.

On World Water Day, 22 March 2018, PSI and affiliates gathered at the Alternative World Water Forum in Brasilia, to work with unions and communities fighting for social justice, in Brazil, in Latin America and across the planet.

Says Margarita Lopez, President of the water union Sintracuavalle in Colombia, “We join our Brazilian colleagues in denouncing the assassination of Marielle Franco, the young City Councillor of Rio de Janeiro and her driver. Regrettably, our opponents are too willing to kill unionists, environmental activists, and young political leaders. The levels of violence are increasing. But we will not be silenced, we will not be cowed. The fight for social justice continues, including the fight for public water and sanitation.”

Luis Isarra, President of the water union FENTAP in Peru said, “It is ironic that the push for privatisation is receding. Earlier this week (13 March 2018), the water privatisation of Tumbes, Peru came to a crashing halt, as the companies pulled out in defeat.  And it is the same Minister of Water, Carlos Bruce, that we warned 12 years ago against the Tumbes privatisation, who announced the return to public management.”

Says Edson Aparecido da Silva of the municipal workers union FNU, “Brazil is going against the trend: while the world is bringing water services back in public ownership and management, Brazil under Temer is privatising as fast as it can.  Our union FNU is waging a valiant battle in every community, to raise awareness of the threats and to push for stronger social control of public utilities. We are in a very difficult political context, where corporate control is growing, at all levels, including in the U.N.; where rising inequality is leading to toxic political movements seeking to divide and exclude; where governments shut down spaces for free expression. But our movement for water justice is built in the workplace and in the community, with too many voices to be silenced. "

David Boys will also speak in the ‘commercial’ World Water Forum, to denounce the privatisation and commodification of water services and resources.

Says Boys, “Policy makers need to get their heads out of the corporate trough and listen to what our members and our families really need.  We don’t want our water – or other public services to be run for the profits of the few.  The privatisation mania has got to stop.  One step we can take is to build a global tax system, so that the rich and the corporations pay their fair share into the public coffers.  Another step is to remove public services from the trade deals.  And, we will hold our elected officials and their public appointees to account, to ensure they deliver on their obligations, whether in water and sanitation, in health and social services, in transport, in justice...” 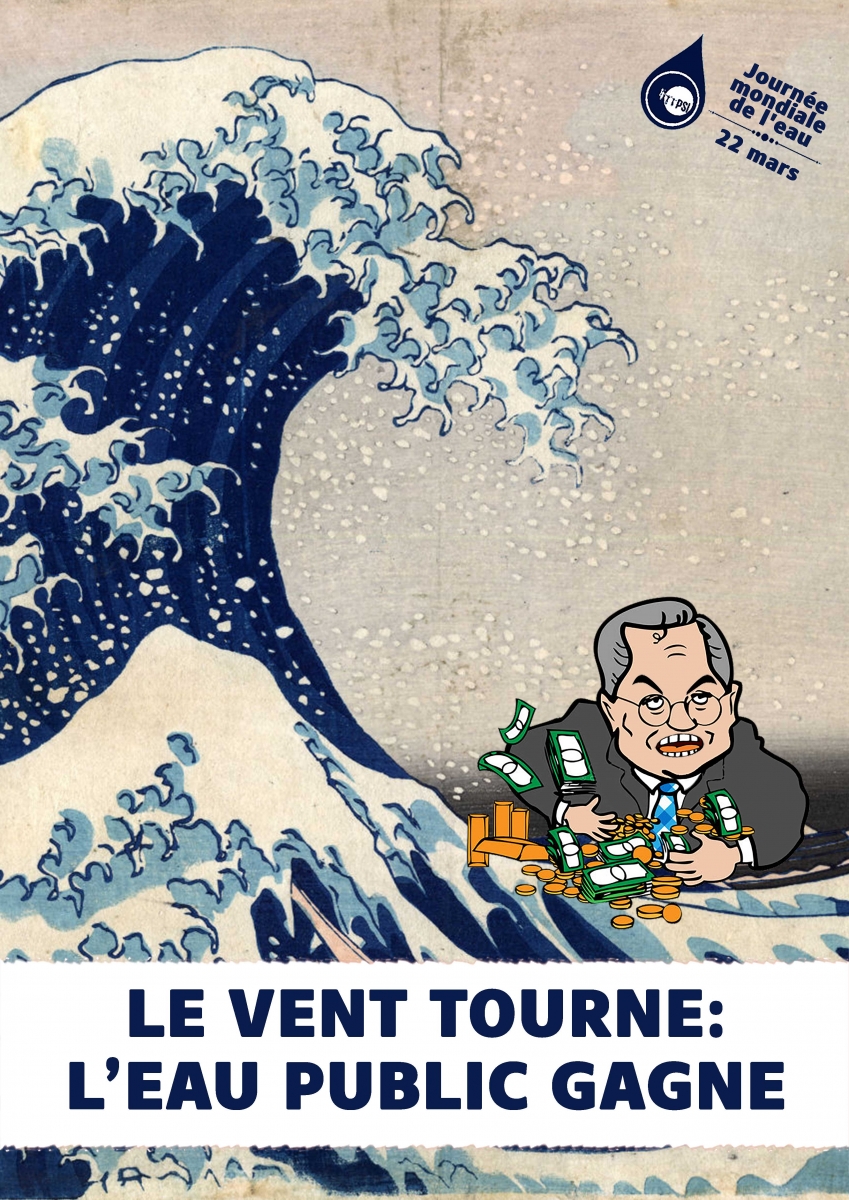 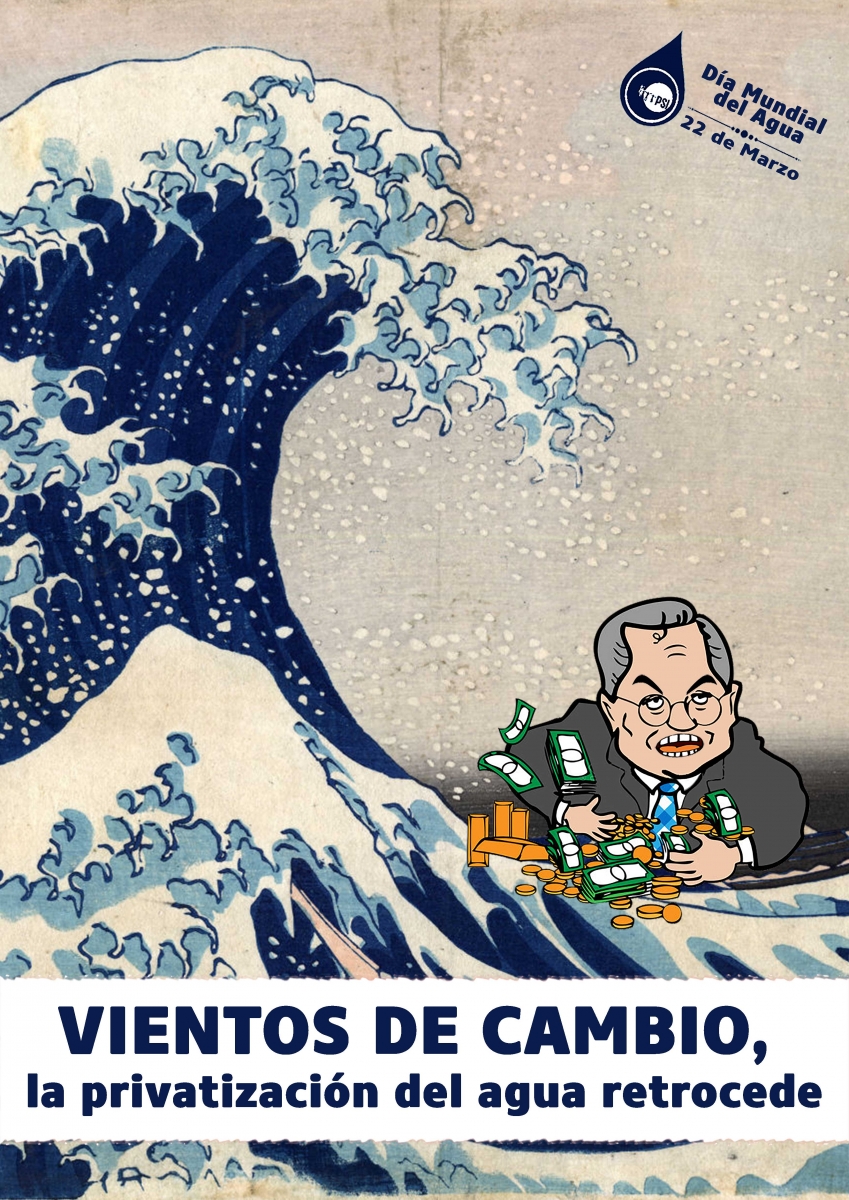