“Because we had the war in Lebanon before and suffered, we feel in solidarity with Syrian refugees who are experiencing the same thing,” says Georges Moussa, Vice-President of the Water Workers Union of North Lebanon (Syndicat des employés de l'Office des Eaux du Liban Nord). 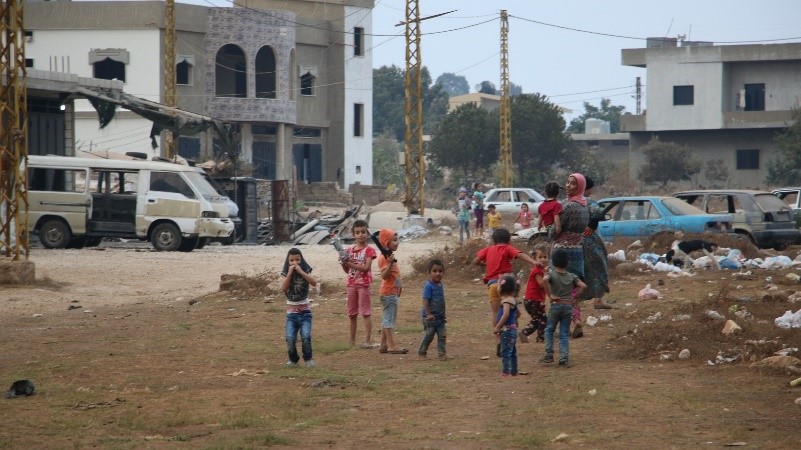 On 21-23 September, PSI Communications team visited Lebanon to document the life and “working day” of public sector workers in the water sector. As part of the “One Day.” PSI video series, the team did filming and interviews in Tripoli, Kobayat and in Wadi Khaled, involving the various stakeholders of the union-supported water project delivering safe drinking water to refugees and local communities in Northern Lebanon.

Due to its proximity to Syria and some of the early Syrian conflict hotspots, such as Homs, Wadi Khaled, one of the poorest areas of Lebanon, has been among the first to receive Syrian refugees at the start of the Syrian crisis.

The team interviewed Norueddine Al Ahmad, the Mayor of Wadi Khaled, who explained that since the outbreak of Syria’s civil war, the pre-existing population of some 40,000 has doubled with the arrival of refugees. He noted the great strain this influx has created on an already poor local population.

The Comms team also heard the story of two refugees who talked about the hardships they went through having to flee, with their families, the conflict in Syria. Their stay in Lebanon hasn’t always been easy. Being registered as refugees in the country doesn’t give them the right to access the job market, thereby forcing most Syrians, like them, to work in the informal sector - not mentioning the fact that many Syrian refugees are exposed to a high risk of abuse and exploitation. 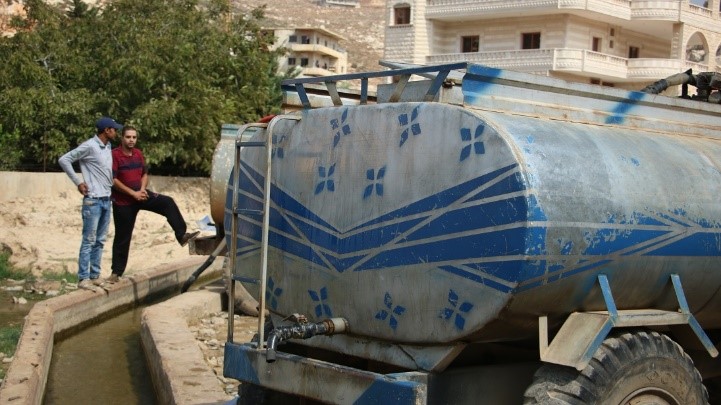 “For the time being, water is supplied through tanks and tractors to the local population, this new project will allow water to be brought directly through pipes to the households,” says Georges Moussa, the Vice-President of the union.

The ongoing conﬂict in Syria has resulted in an influx of 1.1 million registered Syrian refugees in Lebanon, many more Syrians remain unregistered. With a population of about 4.5 million, it is estimated that 1 in 4 people in Lebanon is a Syrian refugee.

The wave of displacement into Lebanon has added great tension on an already overstretched system, putting great pressure on both the Syrians and Lebanese population. Despite this, relations between Lebanese and Syrians have generally remained positive.

“Because we had the war in Lebanon before and suffered, we feel in solidarity with Syrian refugees who are experiencing the same thing,” says Georges Moussa. 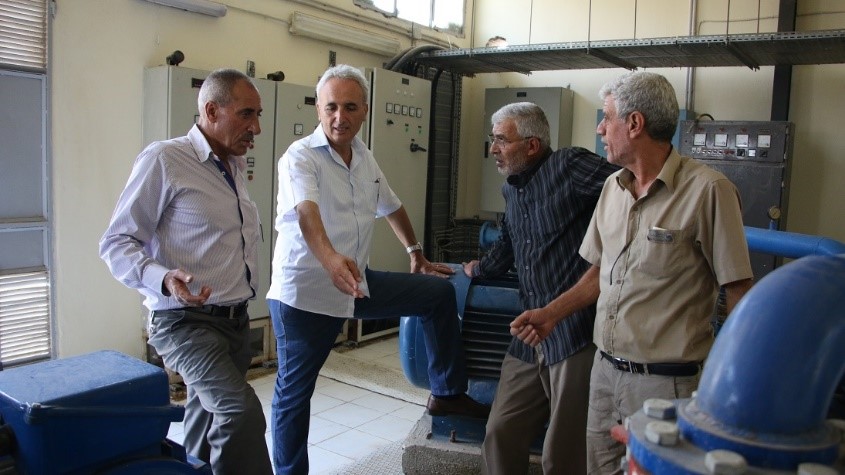