An official complaint was filed with the ILO on Wednesday, 12, in Brasilia (DF). Signatory entities accuse the Brazilian government of violating UN Convention 151, which guarantees, among other things, the right to collective bargaining in the public sector.

National trade union centrals and federations joined with the Brazilian regional office of global union federation Public Services International (PSI) to file a complaint against the Brazilian government at the Brazilian office of the International Labor Organization (ILO) on Wednesday, December 12. The entities accuse the Brazilian State of violating ILO Convention 151 (Labour Relations - Public Service Convention, 1978) which guarantees, among other things, the right to collective bargaining in the public sector. This right is systematically violated despite Brazil’s National Congress having ratified Convention 151 in 2010.

The complaint was received by ILO country director Martin Hahn in Brasilia (DF). Hahn committed to bring the complaint to the ILO Committee on Freedom of Association, to follow up and to maintain a dialogue with trade unions. 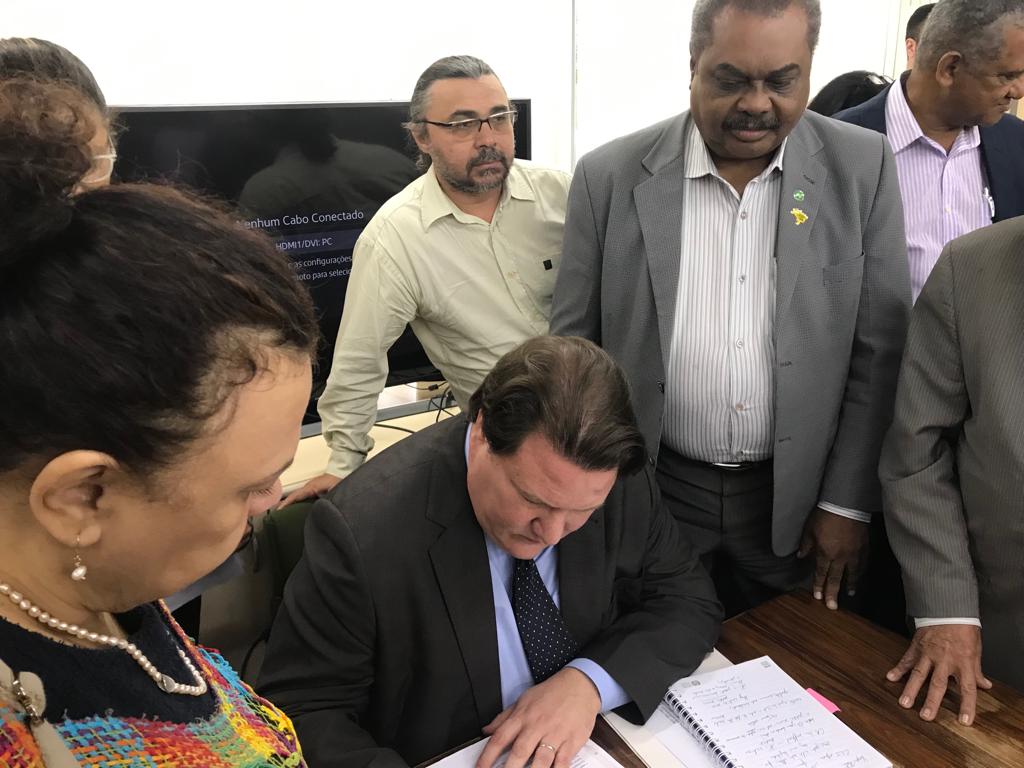 PSI was represented by the Brazilian sub-regional secretary, Denise Motta Dau, and by Juneia Martins Batista and João Domingos Gomes dos Santos, both of whom are members of PSI´s World Executive Board. In addition to PSI and eight of its affiliated organizations, the complaint was signed by eight national trade union centrals including:

PSI affiliates that signed the complaint include:

"We don’t want to file a complaint and leave. We want a return to this complaint and to those that were filed earlier, and to know what the ILO will do about the criminalization of the trade union movement in Brazil. We expect the agency to play a mediating role", says Denise Motta Dau. 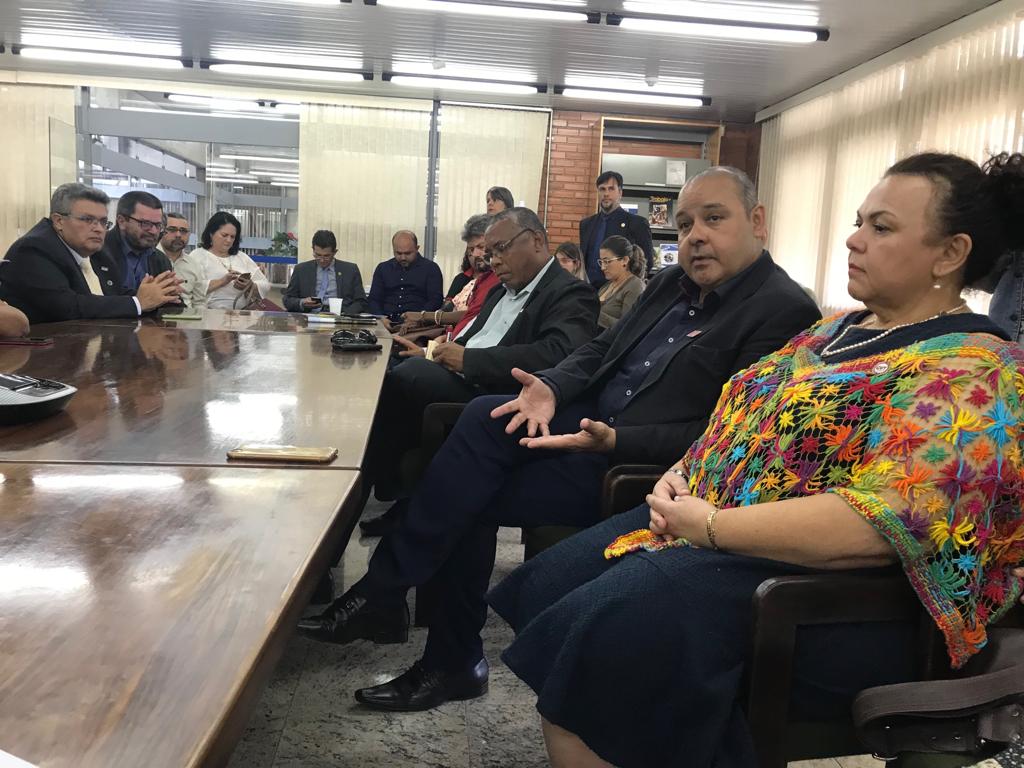 According to PSI´s Brazilian sub-regional secretary, the confederations, federations and other entities affiliated to PSI prioritized this initiative and participated in the preparation and filing of the complaint:

"They felt well represented. It is worth mentioning that over the last period these organizations have participated in the important debates and campaigns that ISP has taken up in Brazil including the campaign for Tax Justice and campaigns to bring services back into the public sector. "

In addition, Dau noted that the role of PSI in proposing and elaborating this formal complaint was highly valued in the speeches of the union representatives that participated in the signing ceremony:

"The eight trade union centrals all praised the initiative of denouncing the ILO this year, especially since Convention 151 is not just about collective bargaining, but also about freedom of association. Therefore, they said that 2019 will require a lot of unity, articulation, planning and joint work. This very important initiative is added to the denunciations made during the International Labor Conference between May and June of this year for violations of trade union rights, particularly related to the labor reforms approved by the Temer government and the proposed pension reform”, she said.

Despite having ratified Convention 151, Brazil has not applied it

Approved by the ILO in 1978, Convention 151, "concerning Protection of the Right to Organise and Procedures for Determining Conditions of Employment in the Public Service", deals with labor relations, freedom of association and collective bargaining in the public sector.
In 2010, it was approved by the Brazilian National Congress, and a year later, on June 15, 2011, it entered into force externally. Internally, it became effective on March 6, 2013.
Despite the ratification and the consequent validity, Brazil does not apply the convention using the argument that it is necessary to create a specific law that regulates collective bargaining for public servants in the domestic legal system. Not even requests submitted by the ILO Committee of Experts in 2013 and 2014 requesting the development of said legislation to recognize and regulate the right to collective bargaining for federal servants and state servants, which could also guide state and municipal authorities, has been sufficient to guaranteed this right.
According to the complaint filed at the ILO, meetings between the government and trade union organizations have taken place without major advances. Obstacles are always imposed to justify the failure to meet the demands of public sector workers, such as the need for superior agency authorization and restrictions imposed by the Fiscal Responsibility Law.
The complaint also points out that generally, "governments unilaterally impose working conditions while remaining paralyzed when it comes to dialogue and effective negotiation". Even after having rejected proposals from trade unions, government sends them along to the respective Legislative bodes, forcing public sector workers to strike.
In addition, the complaint’s signatories indicate that in 2017 the National Congress approved Bill 3.831 / 2015, which establishes general norms for collective bargaining in public administration. Sent for approval, the proposal was vetoed by President Michel Temer in December of the same year despite extensive social and legislative consultation around the text. The veto was maintained by the Chamber of Deputies in April 2018, definitively shelving the regulation of Convention 151.
The complaint filed on December 12 draws attention to the fact that after the incorporation of Convention 151 into the Brazilian legal system, collective bargaining for public servants has constitutional support.  Article 5, paragraph 2, of the Brazilian Constitution states that "The rights and guarantees expressed in this Constitution do not exclude others arising from the regime and the principles adopted by it, or the international treaties to which the Federative Republic of Brazil is a party."
The complaint also emphasizes that the text of the Convention itself does not require that collective bargaining in the public sector be subject to legislative regulations. The complaint also highlights successful examples of public sector negotiation at the national and municipal levels that have been taking place since well before Brazil’s ratification of
Convention 151.

"In the past the state has adopted concrete measures aimed at promoting collective bargaining, regardless of their effectiveness (...) What we have nowadays, however, is an institutional articulation to restrict freedom of association in the public sector, whether by the restrictions on the exercise of the right to strike, or by the limitation to collective bargaining that culminated in the veto of PL 3.831 / 2015."