In Algeria, women say NO to a fifth term for President Bouteflika 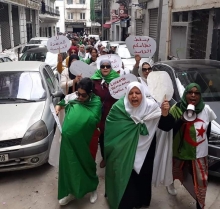 This year, International Women's Day coincided with historic events in Algeria, which manifested in a series of popular demonstrations across the country against the fifth term re-election of the president Abdelaziz Bouteflika and the suppression of freedom.

There have been major popular protests across Algeria since February 22nd, 2019, rejecting the nomination of current President Abdelaziz Bouteflika for a further term in the presidential elections, contrary to the provisions of the Algerian Constitution on the terms of nomination.

The peaceful protests are calling for the implementation of the Constitution and the holding of transparent presidential elections that respect the will of the people.

The Algerian people have overcome all attempts of intimidation and incitement to violence, setting a solid example of adhering to their right to respect their will, and are at a steady pace to establish a new stage for the attainment of rights and freedoms, including trade union rights and freedom.

PSI affiliates SNAPAP and SNATEG are an integral part of the popular marches for social justice and economic and political reforms for all the Algerian people.

On 8 March, the Women's Committee from SNAPAP called on all Algerian women to participate actively in the march of dignity to say NO to the fifth term.

On 22 February, the first day of the popular movement in which the union was strongly involved, two women from the SNAPAP Women's Committee, Mariam Maarouf and Fatima Doudi from Algiers, were arrested. They were detained at the police station for one full day and were only temporarily released after a group of lawyers intervened.

Also, on 11 March, following the cancellation of the presidential elections, after president Bouteflika announced that he will not run for a fifth mandate, SNATEG issued a communique calling its members to suspend the strike that affected the Energy and Gas sector in Algeria. Members of independent unions and those unions affiliated to the Trade Union Center “Union General des Travailleurs Algériens – UGTA” – whose leadership was supporting the president for a fifth mandate had also taken part in the strike.

In its communique, SNATEG called for a national trade union forum to discuss the president's decisions and draw up a roadmap to continue the pressure until reaching the real change the Algerian people want. 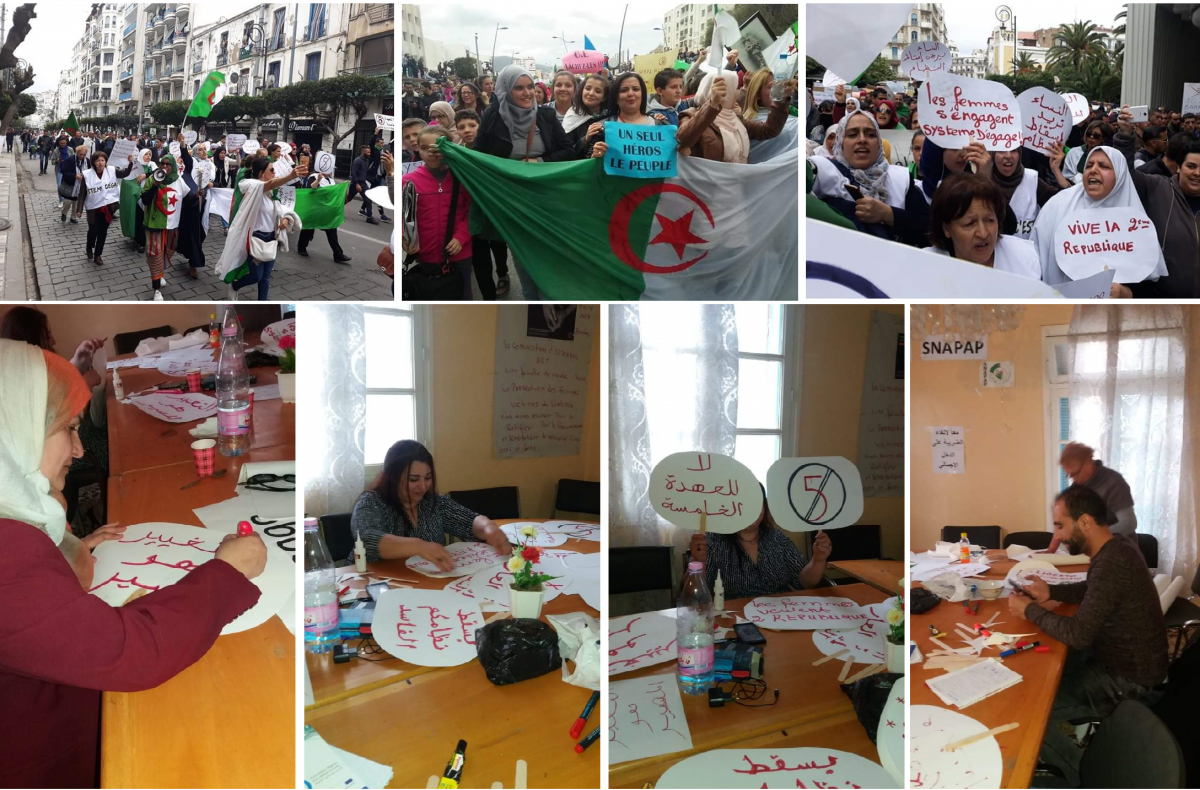