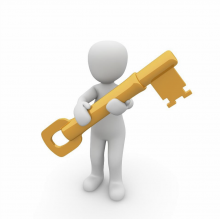 Trade unions in Quebec are campaigning in favour of evidence-based decision-making. It is especially relevant in organisations that develop public health and social services policies.

The care professionals represented by the FIQ have always adhered to the principles of evidence-informed practice.  It should be the same for organizations and decision-makers who develop public health and social services policies. However, this is not what the FIQ observes.

Whether it is a researcher who has received a grant to evaluate the remuneration of physicians or a body with a mandate to evaluate the performance of the health system, the Québec government seems less concerned about using evidence generated for decision-making. It also blocks access to these by citizens and citizens’ organisations, including trade unions.

Reliable data - produced by methods that are transparent, rigorous and conducted with integrity - must always be the basis of any new public policy.

It should also be used to produce neutral, objective reviews that offer a clear overview of the development of the health and social services system. Quebec is no different from other jurisdictions in this regard. Its public health care system has undergone several successive reforms, as well as facing severe cuts, while the needs of the population are constantly increasing.

Between 2014 and 2017, over $ 1.3 billion was cut from the budgets of public institutions, in connection with so-called optimization projects. Yet, we do not know for how long our caregivers will have to pay for the improvisation of subjective and arbitrary budget decisions. There is also the pressing need to complement the information gathered by our members in the field to assess the actual impact of cuts on the quality of services and care. There is an urgent need to simplify access to data so that organizations, particularly trade unions, can give the right information to the public and benefit from neutral and reliable data to support their demands on behalf of their members.

Access to data held by government departments and agencies must now be viewed as a service to citizens. Placing barriers to these when they do not necessarily protect personal or business information is rather counter-productive. To enable evidence-based policies to develop, information should be freely exchanged between scientists, traditional knowledge holders, public decision-makers and the general public¹.

The tremendous amount of data that lie dormant on the Ministry of Health's servers could be used to disseminate and update indicators on the quality and safety of services and care. This would allow people to appreciate the efforts of care professionals, understand the difficult contexts in which they are working and ultimately be involved in future decision-making processes.

This article is an extract from the “Right to Health” newsletter issue 02/2017. Subscribe to the newsletter. Send us your stories.