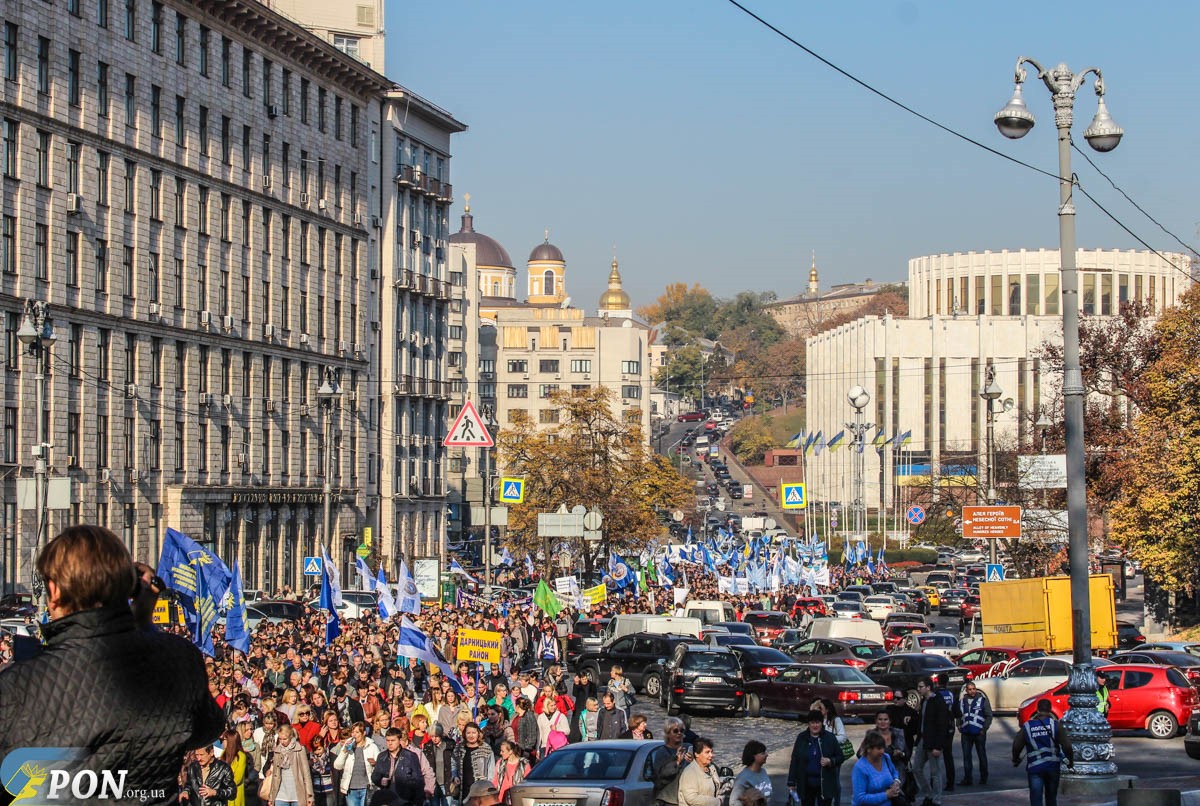 In front of the Cabinet of Ministers a massive rally was held. The speakers included FPU President Grygorii Osovyi, chairman of the Miners’ Union Viktor Turmanov, head of Kyiv city organisation of the Trade Union of Education Workers Oleksandr Yatsun, Parliament members, workers from public and private sectors.

Authorities must hear the voice of the people – this was the main message of the speakers who outlined the most urgent issues at their workplaces.

Workers are against the policy of cheap labour force, against growing inequality when only 1% of people own 80% of the wealth.

Today in Ukraine every 5th worker lives in poverty; minimum wage does not provide for the reproduction of the workforce because it is lower than the living wage while wages and bonuses of top managers in state companies are hundreds of times higher; wage arrears have reached almost UAH 3 billion; 5 million workers were forced to migrate abroad in search of a decent job. 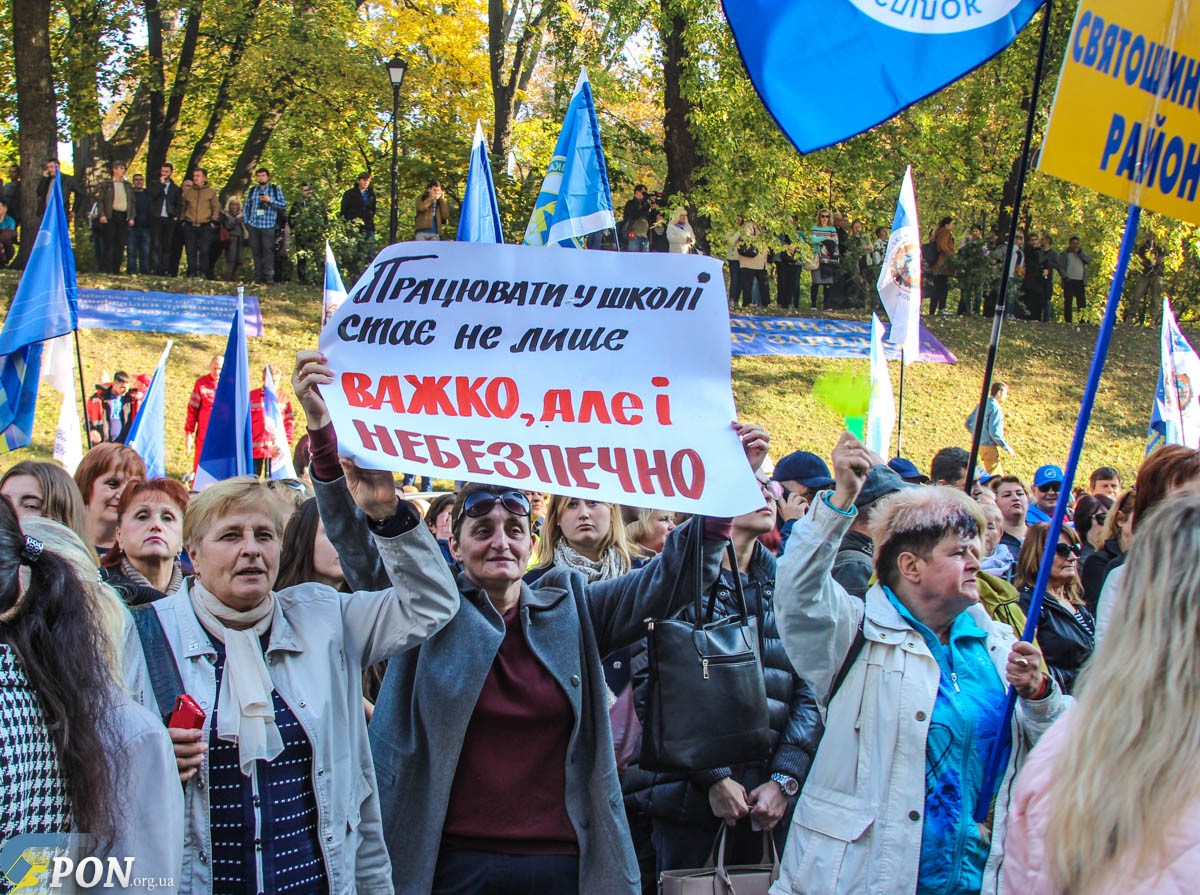 The rally elected their representatives who met with Prime Minister of Ukraine Volodymyr Groysman and passed him the demands of the protesters: 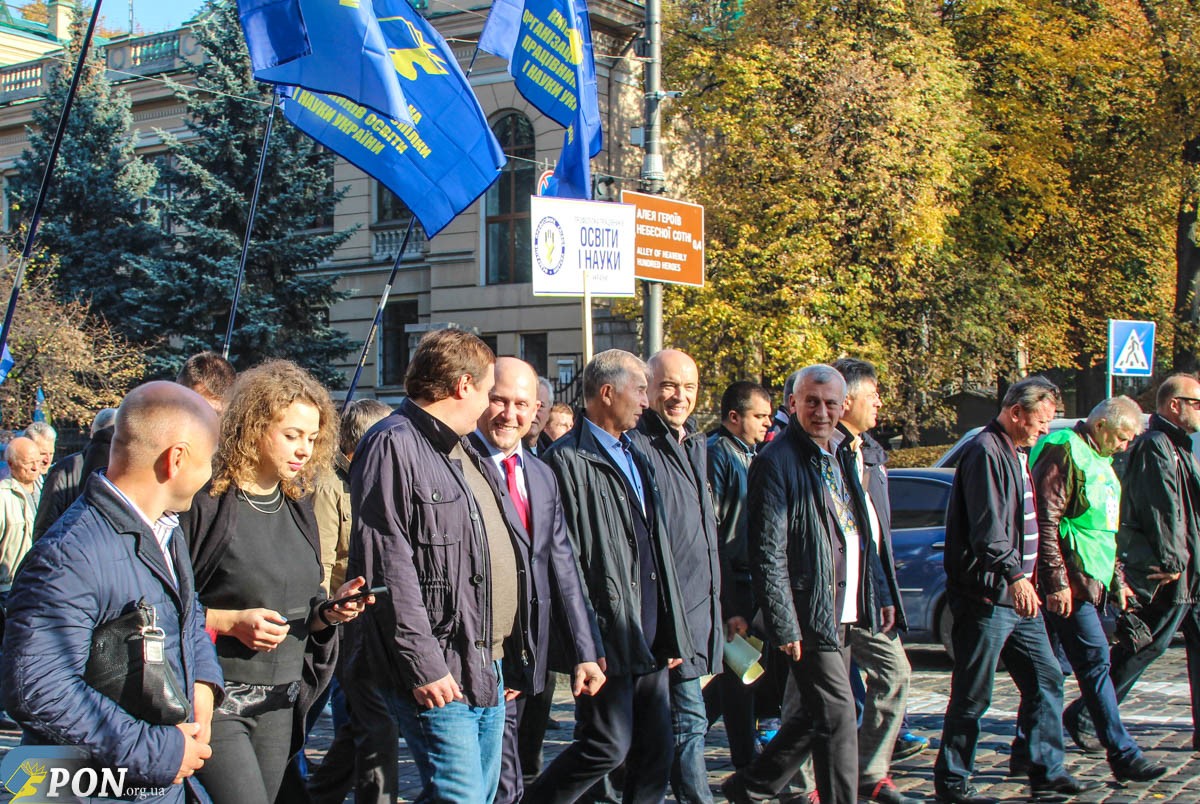 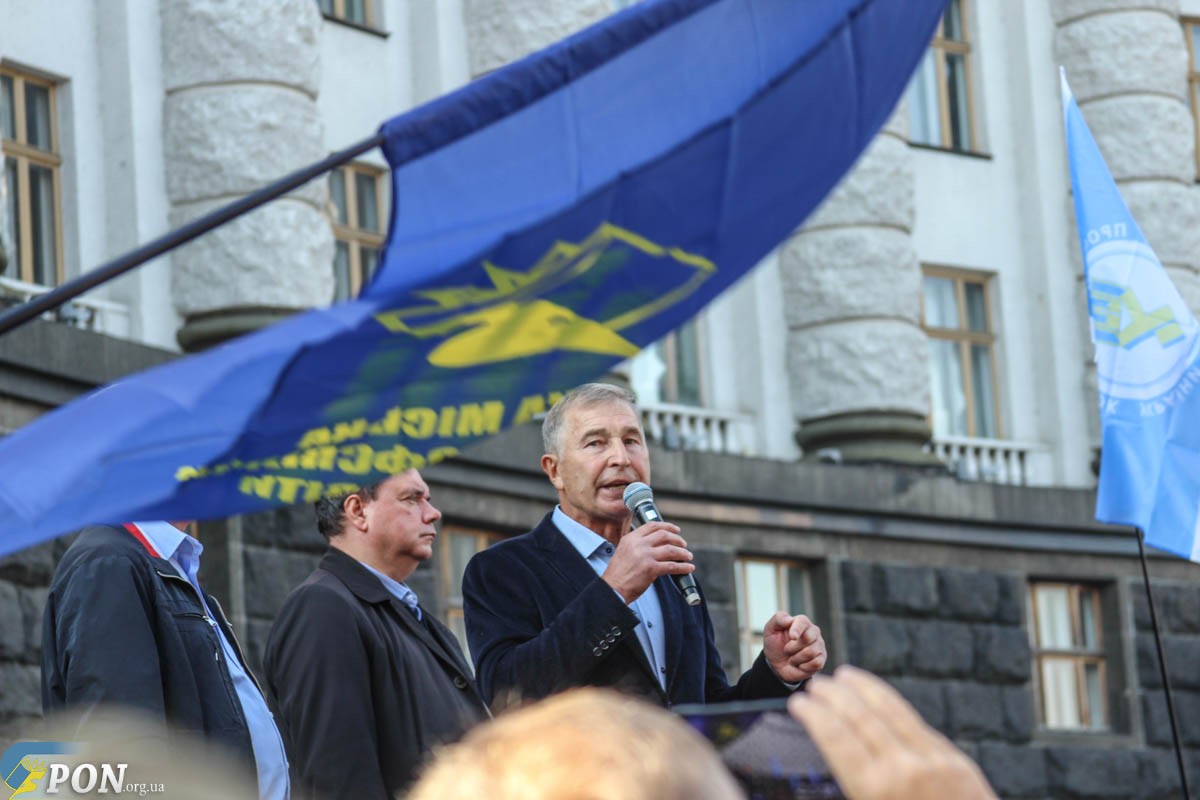 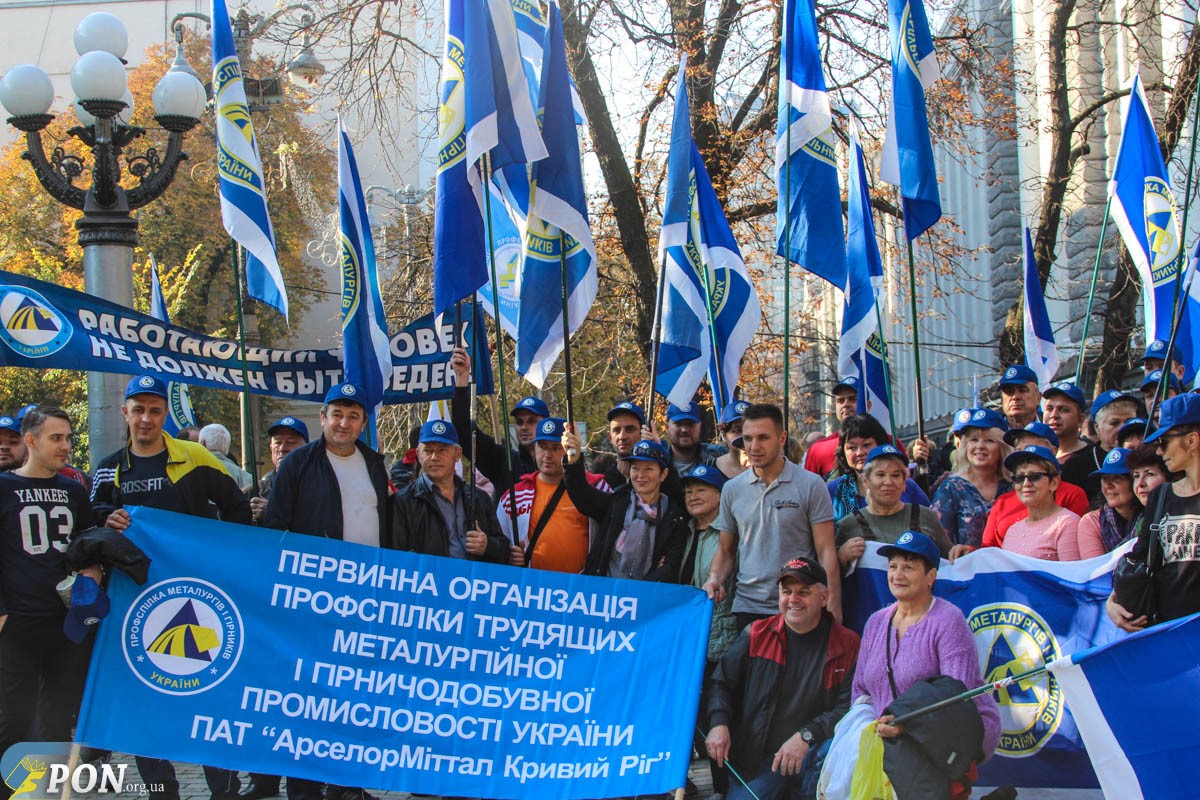 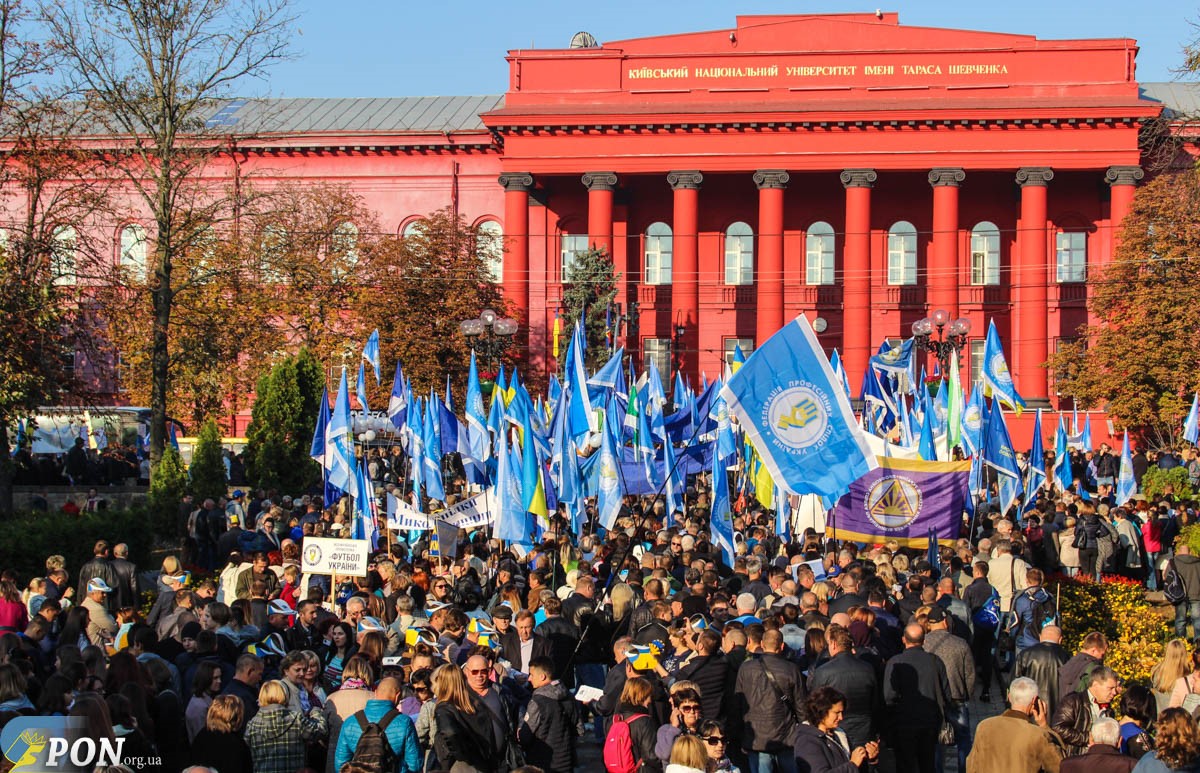 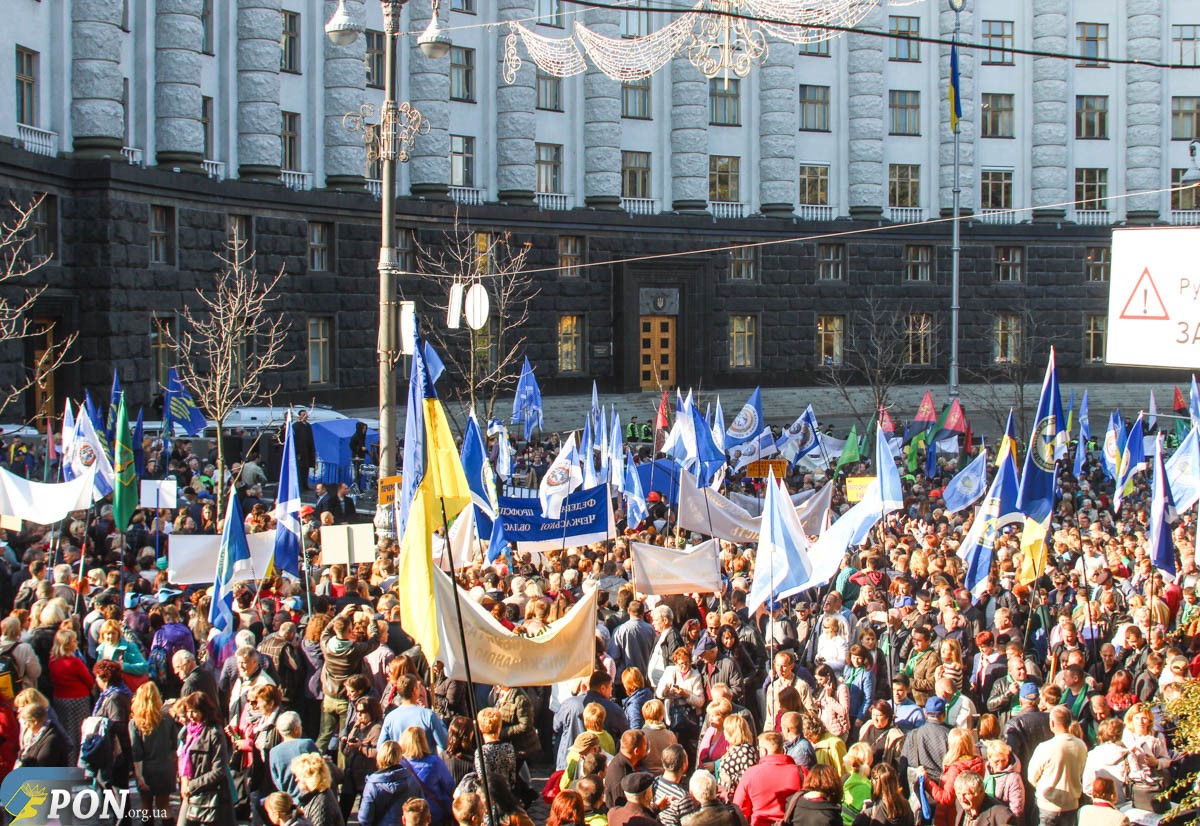 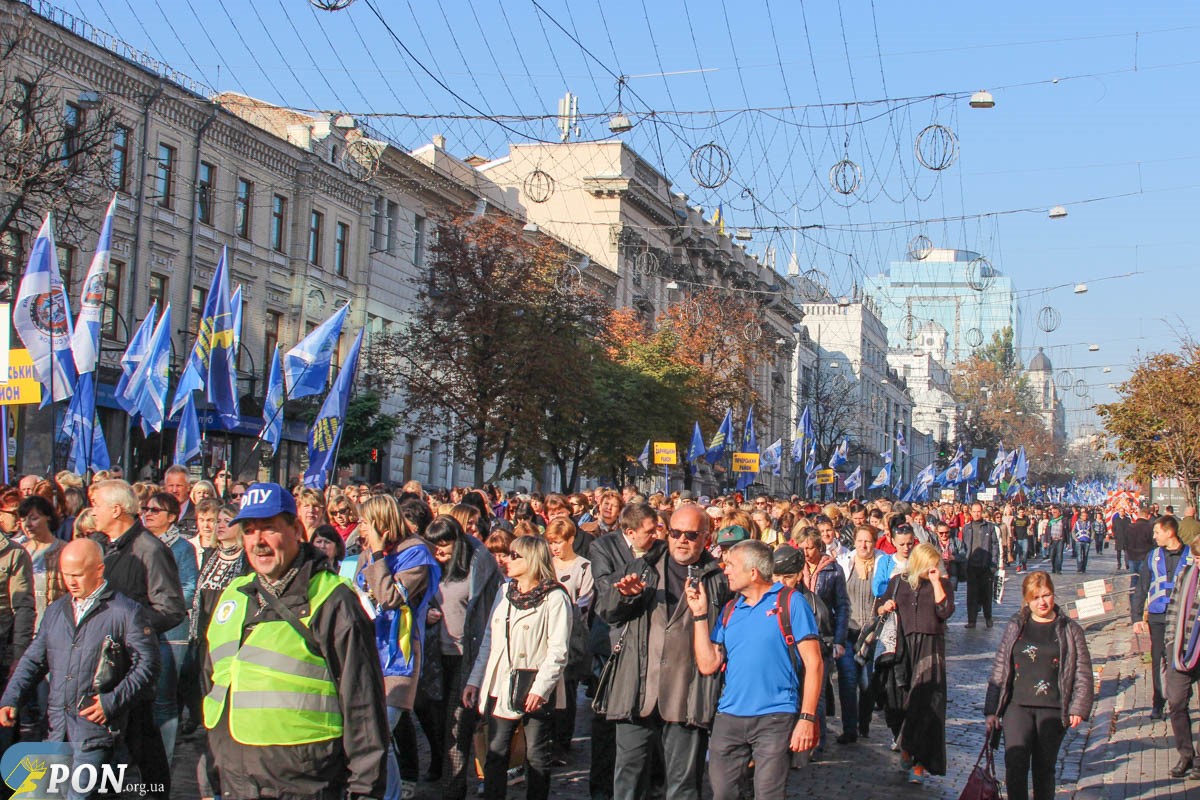