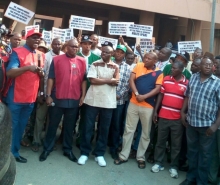 PSI affiliates in the country and other unions will march today (26 January) under the banner of the Nigeria Labour Congress (NLC) and Trade Union Congress to occupy the venue of the National Council on Health in Abia state, south eastern Nigeria. 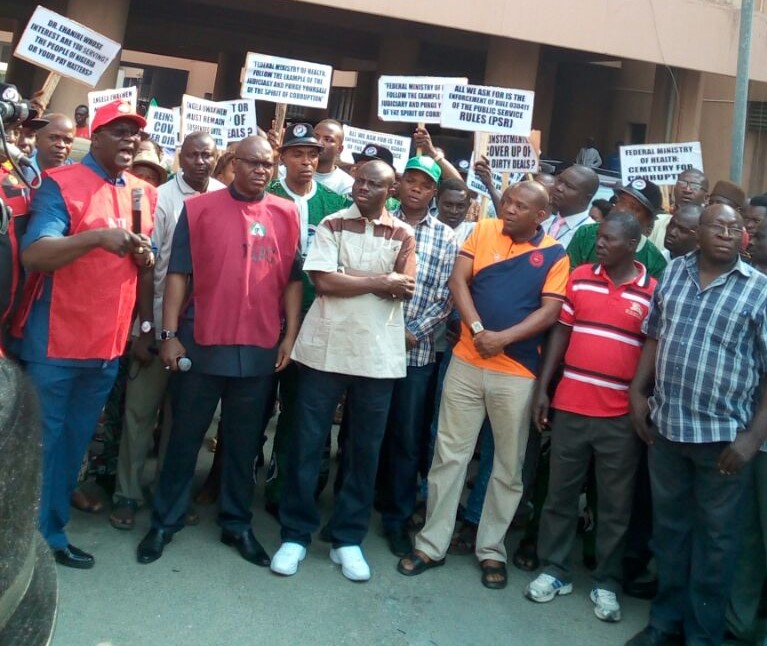 The major point of contention is the cover-up of corruption at the Federal Medical Centre (FMC) Owerri, also in the south eastern region. For almost two years, health sector unions faced stiff opposition from officials of the ministry of health, as they established a case of wanton corruption as “business as usual” in the FMC, under Dr Uwakwem’s watch.

The response of the ministry of health was to deny any financial wrongdoing on the part of the medical director. Rather it stressed the workers’ opposition to Dr Uwakwem’s introduction of Public Private Partnership in the Centre, supposedly “to entrench transparency and accountability around April 2015.” But what it failed to grasp is that PPPs are often related to corruption. The situation at FMC Owerri is only one more example confirming this.

With the whistleblowing efforts of the unions as its point of departure, the Economic and Financial Crimes Commission (EFCC) conducted its independent investigations. On the basis of its findings, it arraigned Dr Uwakwem before the High Court on October 11 last year, having established a prima facie case of corruption against her.

It is rather strange that the ministry of health reinstated her, with brute force, using the police. The trade unions have pointed out that there is more to this than meets the eye. They had earlier alleged that Dr Uwakwem appeared to have collaborated with senior officials in the ministry to successfully misappropriate monies budgeted for the Centre. The PPP she promoted, like many a PPP, was also a conduit pipe for diversion of much needed public resources to private ends

The adverse impact of diverted resources meant for health services into private pockets on millions of the most vulnerable people is horrendous. Resources that could otherwise have been used to employ health workers, procure drugs and provide much needed health care to the majority of the population are lost to a few greedy persons. Ironically, this self-serving developments are then used to justify the introduction of PPPs which amount to furthering corruption and subsidising private profits with public funds.

As a principle, PSI stands against corruption in all its ramifications. It is especially condemnable when it appears that institutions that should stand as safeguards against such nefarious actions are being manipulated. This action tears the self-acclaimed anti-corruption campaign of the federal government of Nigeria to smithereens.

PSI thus salutes the courage of its affiliates and other trade unions in Nigeria in standing against this anomaly, and in defence of quality public services untainted by corrupt officials. We join them in calling for a reversal of the questionable reinstatement of Dr Angela Uwakwem, while the judicial process regarding the charges levelled against her are ongoing.

PSI has equally noted this as an added case in the long list of PPP failures, expanding the robust body of evidence that PPPs do not work, and rather further corruption.