“Our Water, Our Right”, Lagosians insist

22 March was marked as World Water Day in Lagos with a demonstration in defence of the right to water. The demonstration which drew about 500 persons was organised by the “Our Water, Our Right” coalition. It was a continuation of the struggle against privatisation of water by the state government which has yielded some results, with amendments to the Environment bill before it was passed into law on 1st March. 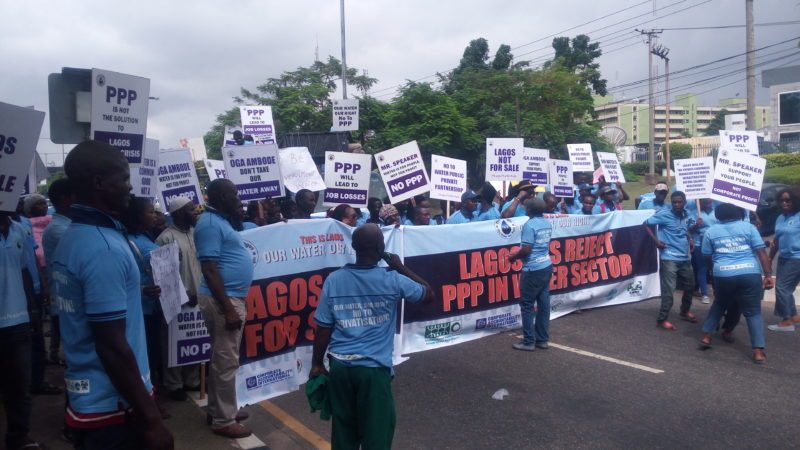 After a rally at the Ikeja Local Government Secretariat which started at 9am, the protesters marched 6 kilometres to the seat of the Lagos state government at Alausa to present a petition of the “Our Water, Our Right” coalition. They were met by officials of the government led by Dr Babatunde Adejare, the Commissioner for the Environment, who promised to deliver the message of the coalition to Governor Akinwunmi Ambode.

“Our Water, Our Right” coalition was formed to challenge the privatisation of water in Lagos state. It comprises civil society organisations which include: Environmental Rights Action/Friends of the Earth Nigeria (ERA/FoEN), Peace and Development Project (PEDEP), Climate-aid, Committee for the Defence of Human Rights (CDHR), the Justice Development and Peace Commission (JDPC) of the Catholic Church, Africa Women Water, Sanitation and Hygiene Network (AWWASHNET) and the PSI affiliate with members working in the Lagos State Water Corporation, the Amalgamated Union of Public Corporations, Civil Service Technical and Recreational Services Employees (AUPCTRE). 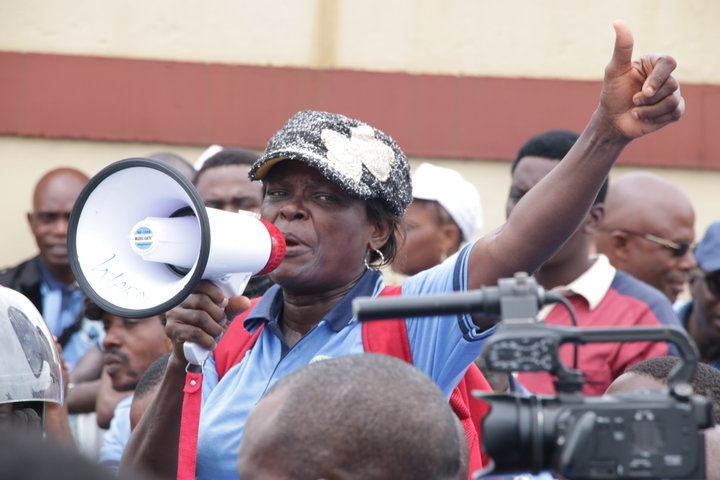 The coalition emerged from collaboration between AUPCTRE, ERA/FoEN and other civil society organisations in 2014-2015 which scuttled a secret plot by the Lagos state government and the World Bank to privatise water. This was part of an International Finance Corporation and Lagos Water Corporation PPP arrangement which would have led to massive loss of jobs for AUPCTRE members and worsened the already tenuous access of Lagosians to potable water. Since then, it has waxed stronger, enabling resistance to further commodification of water.

The coalition presented a petition titled “Privatisation is not solution to Lagos water problem” to Mr Obasa Mudashiru, Speaker of the Lagos State House of Assembly, last July. It also spoke out against the criminalisation of water provision by informal, non-corporate water providers described as “illegal water service providers”, stopping the aim of the Lagos state government to establish water courts for this purpose. 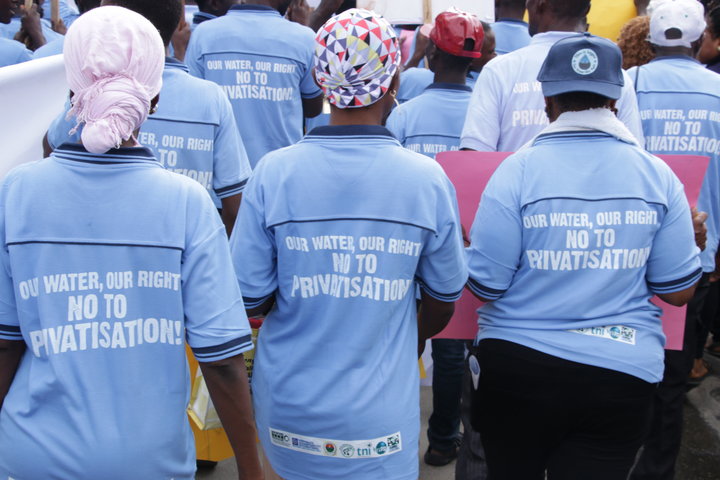 The work of the coalition did not stop at condemning what was being proposed by government. It went further to present an evidence-based alternative roadmap for the water sector in Lagos. The roots of the water crisis were identified as: ageing and insufficient water infrastructure; decades of policies that did not work; inadequate budget allocation; failure to ensure meaningful public participation; poor labour practices, and; regulatory failures.

Based on these, a cogent case for reinventing public water was made. With the point of departure of water as a human right that must be protected and fulfilled, all forms of water privatisation were rejected. Public-Public Partnerships (PUPs) were shown to be more effective and more desirable for achieving the technical capacity to provide water for all. Corporate tax reforms would also make more funds available to finance this. 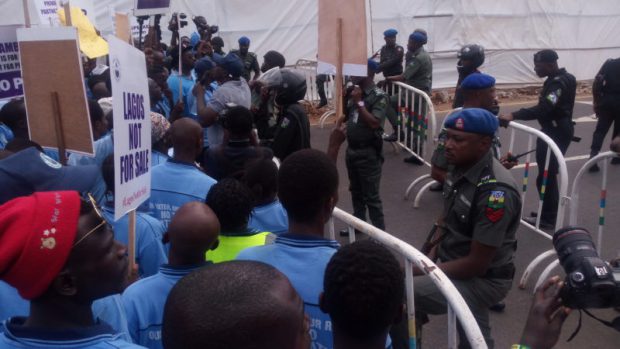 While the coalition’s aims have not been fully met and it continues to fight for the realisation of universal access to clean water, some concessions have been won. After the coalition’s intervention in the legislative process, the environment bill was passed by the state parliament on 20 February and signed into law as the Consolidated Laws on the Management, Protection and Sustainable Development on the Environment in Lagos State and Connected Purposes by Governor Ambode on 1st March.

Some of the most unwholesome provisions of the earlier bill such as the establishment of Water Courts have been expunged. But residents would still be expected to pay more for water. This is unacceptable. That is why the coalition mobilised the protest march on World Water Day.

The struggle continues. As the struggle for our water as our right continues in Lagos, the dictum “dare to struggle, dare to win” assumes an ever-important significance. Water is life. PSI and civil society organisations will continue to fight to ensure that every human being accesses clean, potable water as a matter of right.