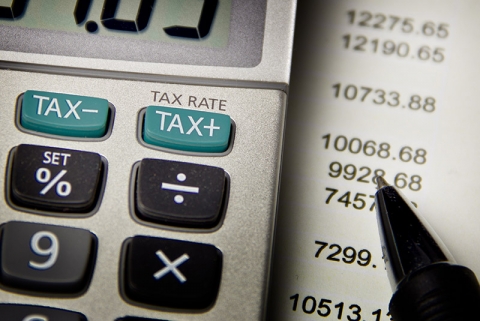 G20 countries are among the biggest losers when US multinationals avoid paying taxes where they do business. This is the main finding of a new report on the global tax system, ‘Still Broken,’ released by the Tax Justice Network, Oxfam, Global Alliance for Tax Justice and Public Services International.

Overall it is estimated that, in order to reduce their tax bills, US multinationals shifted between $500 and 700 billion -  a quarter of their annual profits - out of the United States, Germany, the United Kingdom and elsewhere, to a handful of countries including the Netherlands, Luxembourg, Ireland, Switzerland and Bermuda in 2012. In the same year, US multinational companies reported US$ 80 billion of profits in Bermuda - more than their profits reported in Japan, China, Germany and France combined.

Claire Godfrey, head of policy for Oxfam’s Even it Up Campaign said:

“Rich and poor countries alike are haemorrhaging money because multinational companies are not required to pay their fair share of taxes where they make their money. The heaviest costs are being felt in the poorest countries. Under-funded public services affect everyone the world over, but the vulnerable suffer most.”

“Public anger will grow if the G20 leaders allow the world’s largest corporations to continue dodging billions in tax while inequality rises, austerity bites and public services are cut.”

The G20 Heads of State are expected to consider a package of measures they claim will address corporate tax avoidance at their annual meeting in Turkey on 15 and 16 November.

“The corporate tax measures being adopted by the G20 this week are not enough. They will not stop the race to the bottom in corporate taxation, and they will not provide the transparency that’s needed to hold companies and tax authorities accountable. It’s in the G20’s own interest to support deeper reforms to the global tax system.”

While G20 countries lose the largest amount of money, low-income developing countries such as Honduras, the Philippines and Ecuador are hardest hit because corporate tax revenues comprise a higher proportion of their national income. It is estimated, for example, that Honduras could increase healthcare or education spending by 10-15 percent if the practice of profit shifting by US multinationals was stopped.

“If big G20 economies with well-developed tax legislation and well-resourced tax authorities cannot put a stop to corporate tax abuse, what hope have poor countries with weaker, less well-resourced tax administrations? Poor countries need a seat at the table in negotiations on future tax reforms to ensure that they can claim tax revenues which are desperately needed to tackle poverty and inequality.”

The Tax Justice Network, Oxfam, Global Alliance for Tax Justice and Public Services International are calling on the G20 to support further reforms to the global tax system that involve all countries on an equal footing. These reforms should effectively tackle harmful tax practices such as profit shifting and the use of corporate tax havens and should halt the race to the bottom in general corporate tax rates.