Barbados: Pilot study on gender–based violence in the Public Sector

PSI’s sub-regional office for the Caribbean, together with its two affiliates in Barbados, have entered into a research partnership with the University of the West Indies to carry out a pilot study which will focus on the health and social services sector. 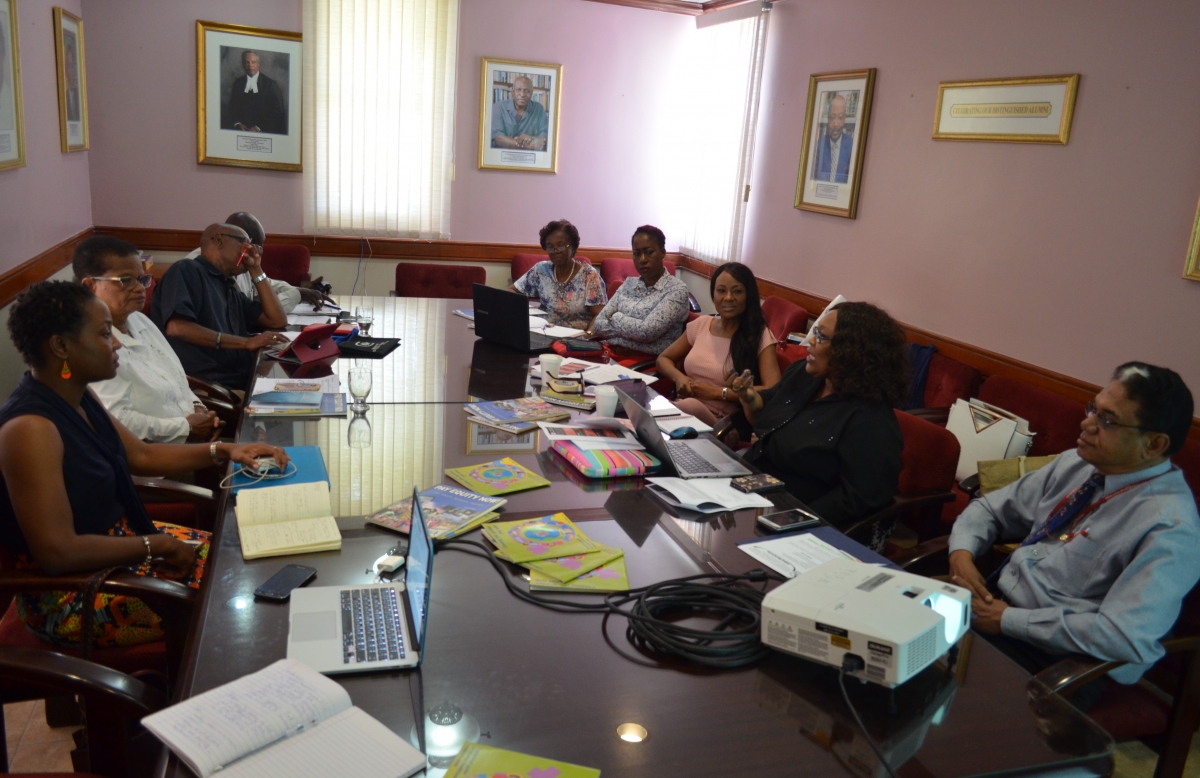 The Congress of Trade Unions and Staff Associations of Barbados (CTUSAB) and the National Union of Public Workers (NUPW) met recently to discuss and plan for a pilot study on gender-based violence in the public service. The pilot study will focus on the health and social services sector and will be carried out in partnership with the Institute for Gender and Development Studies: Nita Barrow Unit (NBU) of the University of the West Indies. The NBU is located at the Cave Hill Campus in Barbados.

This research is part of a wider body of research planned to examine GBV@Work. In developing the proposals, the PSI and the NBU noted:

At a recent stakeholders’ meeting, Dr Tonya Haynes, lecturer at the NBU, explained,

“Through the findings of the research, we want to provide key conceptual and empirical insights into the problem of gender-based violence at work. Trade unions can then use the practical results from the research.”

The research will use an adapted version of the TUC survey on sexual harassment at work, revised to include homophobic and transphobic harassment. There will be sector-specific, in-depth qualitative interviews with employers, trade union leaders and workers.

In outlining the specifics of the study, Dr Halimah DeShong stated,

“Our target sectors are health care workers and workers in social care, in particular home help workers. We will work with our graduate students over the summer holidays and we look forward to your help and engagement in the work.”

Joannah Waterman, president of the Barbados Nurses Association, lauded the focus on the health sector, saying,

The pilot will also gather information on the structural conditions of work, including gender-neutral job evaluations, gender segregation in the Barbados labour market; trade union and employer policies and responses to GBV at work; and the types of violence experienced by workers in the target sector.

Interviews will commence in late August. There will be a dissemination workshop in November.

In 2016, there were amendments to the domestic violence laws providing for more powers to the police as well as a recognition of marital rape.

In December 2017, the Employment Sexual Harassment (Prevention) Act 2017 was proclaimed.