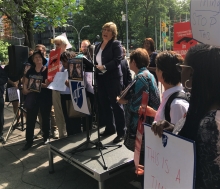 On World Refugee Day, the American Federation of Teachers organized a protest in front of the United Nations in New York to call for an immediate end to the policy of the Trump administration to separate families of migrants and refugees at the border.

It is unacceptable that babies and children are taken from their parents and locked up in cages, while they were looking for safety and shelter in the United States.

This protest is organized at the same time as demonstrations all over the country are taking place - a massive outcry against this injustice and violations of human rights. A wide coalition of unions and pro-immigration civil society organizations is submitting a complaint to the United Nations Human Rights Council today. 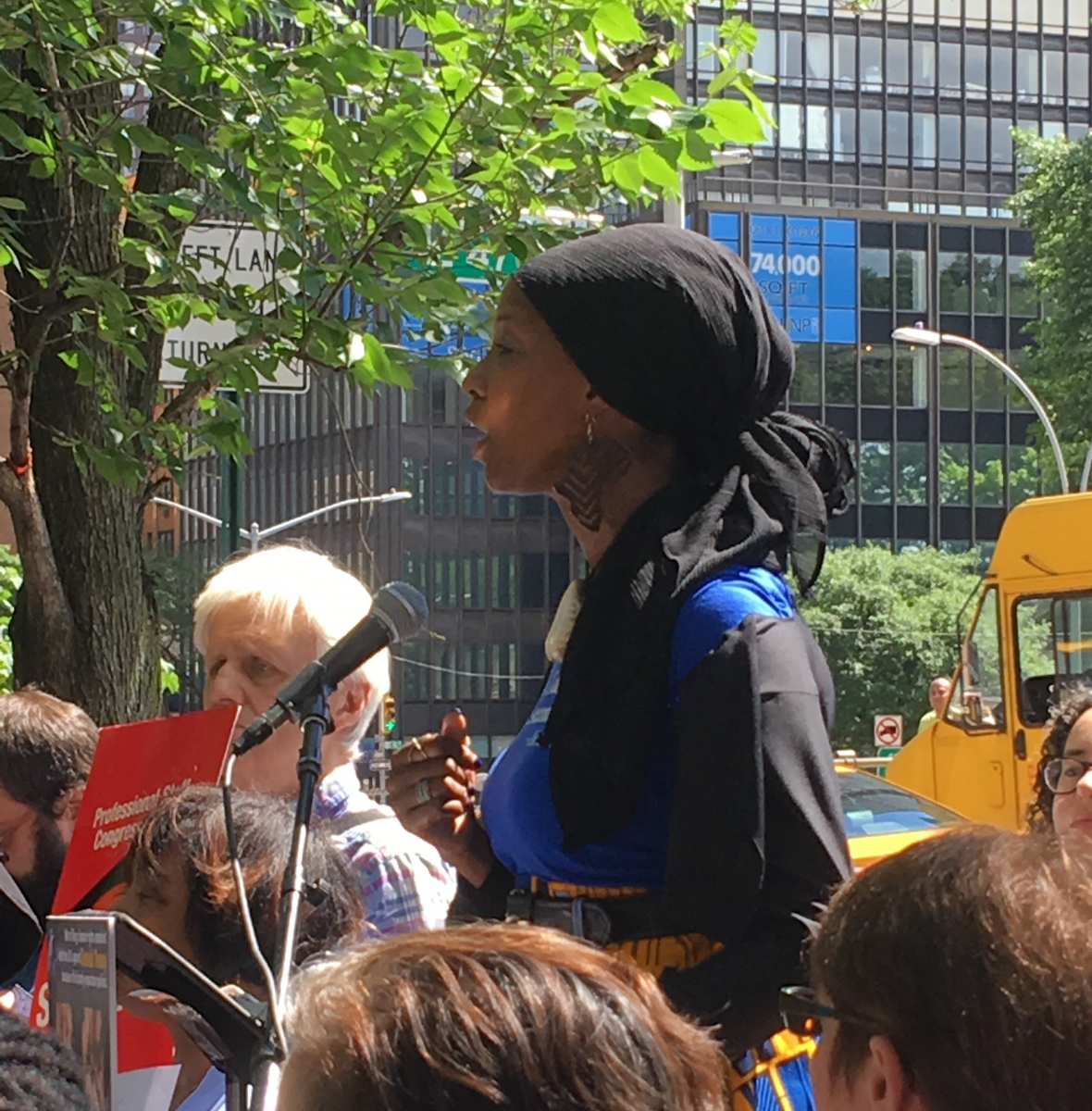 Speakers at the rally reminded us of the slave heritage of the United States, and that history cannot repeat itself. This policy is racist at its core, dehumanizing non-white parents and children and institutionalizes violence against them.

Community and religious leaders spoke out against these evil policies, that are not acceptable in the United States, nor anywhere else in this world. Knowing that some companies are making money on the back of these traumatized families is simply immoral.

We need global justice and dignity for migrants and refugees - including in the United States, a country built on immigration and the living proof that migrants made their new country great. 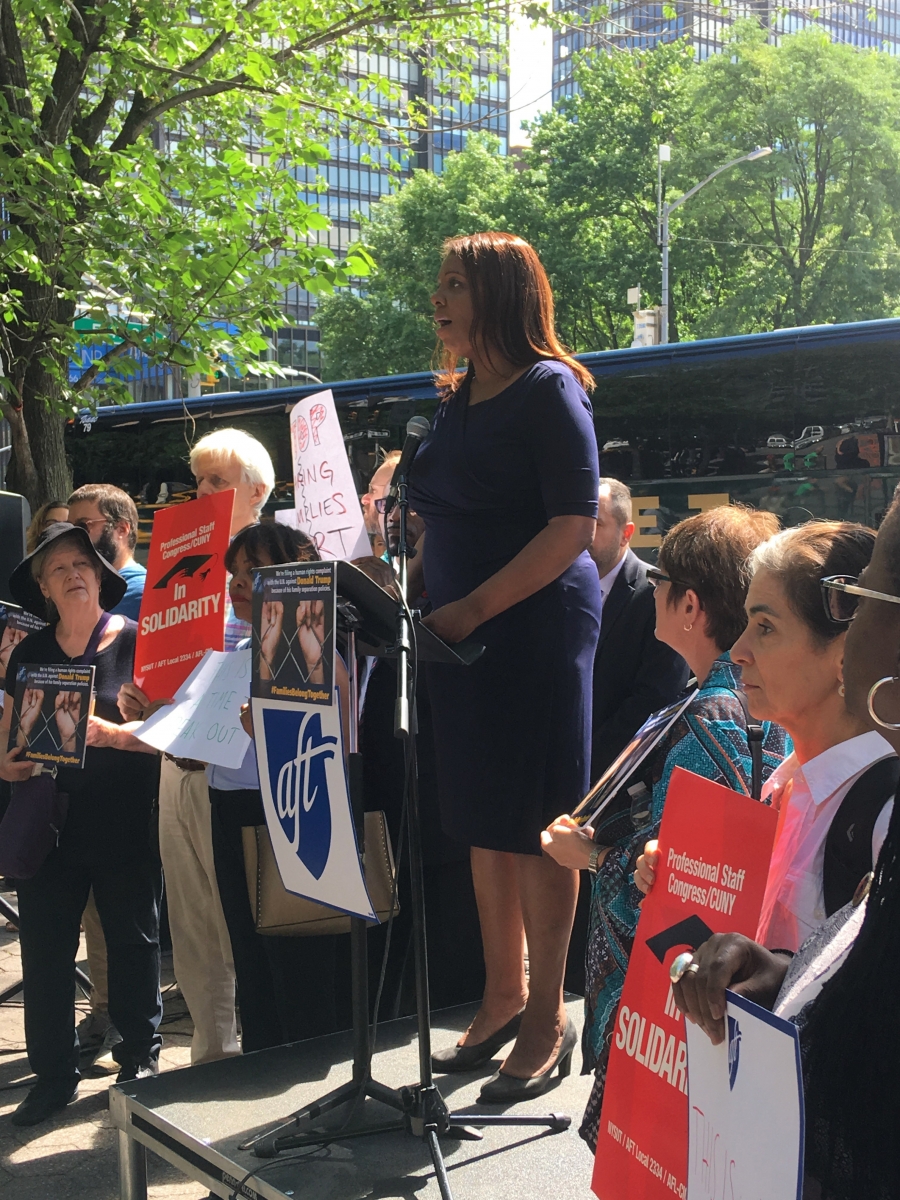 AFT President Randi Weingarten called for continuing protests until this tragedy ends, organizing protests at the border in the coming days and preparing for national action on 30 June.

PSI stands by the AFT and calls for ALL countries to recognize the rights of children to shelter, education and public services, independent of their migration status.

Join the AFT in calling on the United Nation Human Rights Council to follow its mandate in bringing these violations to the world’s attention and to use its powers of recommendation, exposure, site investigation, fact-finding and advocacy to shine a light upon these transgressions of international law and treaties.